4th edition of CPCLP will be free and online 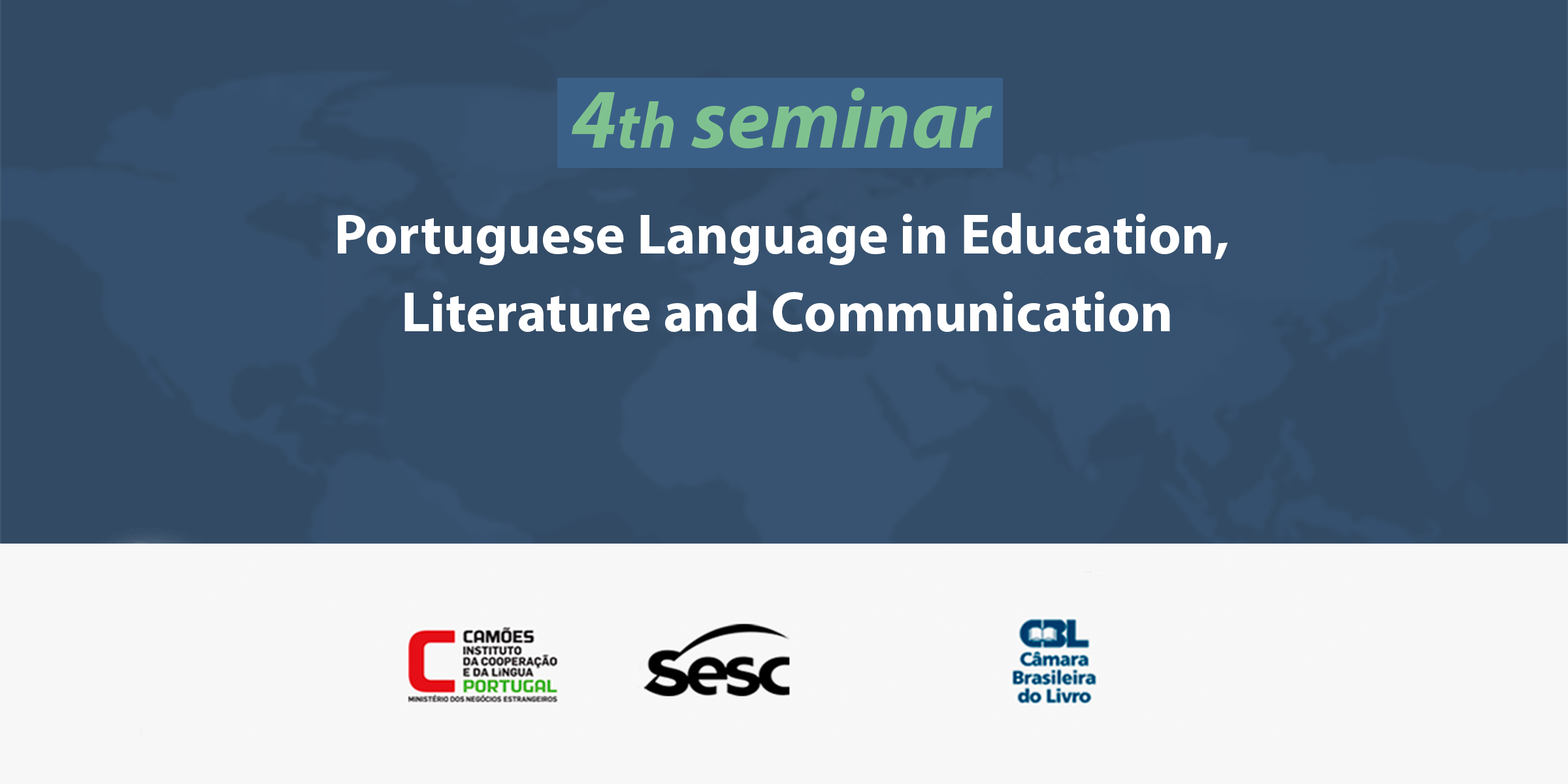 The date of the 4th edition of Seminar “Portuguese Language in Education, Literature and Communication”, organized by the Commission for the Promotion of Portuguese Language Content (CPCLP), has been set. The event will take place in November 9th through 14th on a free online platform.

In 2020, the seminar focuses on teachers from public and private schools from Portuguese-speaking countries and communities. The event gathers together writers, publishers, scholars, experts and representatives of social projects to discuss Education.

The event is organized by the Brazilian Book Chamber (CBL), in a partnership with Sesc São Paulo, via its Center for Research and Education (CPF Sesc), and is coordinated by Francis Manzoni. Besides Sesc, the following institutions support the seminar: Instituto Camões; Universidade Presbiteriana Mackenzie; Edusp, FGV, Official Press of the State of São Paulo, Oficina de Textos and Ordem do Graal da Terra.

“The important discussions promoted by CPCLP become even more important in times like this. Besides allowing the sharing of experiences in troubled times, the Seminar always brings a series of interesting meetings and points some potential paths to follow and some solutions”, explains Fernanda Dantas, International Affairs Manager of CBL.

The seminar is composed of several roundtables that will take place daily at 11:00 a.m. (BRT). Also, the book “Travessias imaginárias: literaturas de língua portuguesa em nova perspectiva” (Imaginary journeys: Portuguese literature under a new perspective), organized by Mirna Queiroz and published by Edições Sesc, will be launched. See the full program below.

The Angolan writer receives his fellow citizen Leopoldina Fecaiamale, an educator, to talk about the educational scenario in Angola during the pandemic. The meeting aims at sharing problems faced by Portuguese teachers in Brazil and Angola and the solutions they found.

Having in mind teachers from the Community of Portuguese-Speaking Countries (CPLP), we selected some teaching experiences and initiatives to promote reading. The table is composed of Laerte Breno, educator at Unifavela, a project for the preparation of future university students located in Complexo da Maré, in Rio de Janeiro; Ketlin Santos, mediator at Biblioteca Caminhos da Leitura, in the district of Parelheiros, in São Paulo; Welk Ferreira Daniel, professor at Instituto Federal do Paraná; and Volnei Canônica, president of Instituto de Leitura Quindim.

Teaching Portuguese and promoting the reading: experiences in Mozambique, Brazil and East Timor

This table will address the relationship between teaching the Portuguese language and the development of the habit of reading in students. With José Castilho Marques Neto, professor at FCL-UNESP, publisher, public manager and consultant at JCastilho – Management & Projects – Book-Reading-Library; Dany Wambire, writer and reading mediator in Mozambique; and Zelina Roteiro, professor and vice director at Universidade Nacional de Timor-Leste.

Education after the storm

We have invited two experts in educational policies (one Brazilian and one Portuguese) to talk about expectations for the future regarding post-pandemic education worldwide.

The Brazilian expert is Cláudia Costin, professor and public manager who held the position of Minister of Administration and Reformation of the State, Secretary of Culture for the State of São Paulo, Secretary of Education for the City of Rio de Janeiro and Global Director of Education at the World Bank. She has been mapping innovative educational practices in a partnership with Fundação Getúlio Vargas, from Rio de Janeiro, and Harvard University. The Portuguese expert is Pedro Cunha, professor with a master’s degree in Educational Psychology and director of the Gulbenkian Conhecimento program, at Fundação Calouste Gulbenkian, in Portugal.

This table addresses the role of book clubs in the future of books and literatures in Portuguese. With Juliana Gomes, one of the creators of Leia Mulheres; Renata Nakano, creator and general director of Clube de Leitura Quindim; and Denise Guilherme, curator of A Taba, a children’s book subscription box.

An urgent theme in the Brazilian agenda, the current situation of the indigenous peoples is discussed in this table based on the context of the schools in indigenous lands. In this scenario of pandemic and constant invasions of indigenous lands, we’ll try to understand the importance of Portuguese language to Brazilian ethnical groups. With Wevito Ashaninca, professor specialized in education in indigenous lands; and Cristino Wapichana, musician, composer and awarded writer from the Wapichana people, author of “A Boca da Noite” (The Nightfall).

Organized by Mirna Queiroz, the book presents a solid critical view of the most relevant works in the literature written in Portuguese. The book is written as an essay and intends to promote the dialog in the Community of Portuguese-Speaking Countries and to contribute for the reflection on the narrative aspects of certain sets of works, whether experimental or traditional, and on theme trends and aesthetic and ideological connections. It also addresses the differences and similarities among writers.

With Mirna Queiroz and guests


Open to the public.

The Commission for the Promotion of Portuguese Language Content is a body of the Brazilian Book Chamber (CBL) composed of publishers, teachers, professors and cultural agents. Created in 2016, the purpose of the commission is to promote and foster actions to disseminate the Portuguese language, in a dialog with the Community of Portuguese-Speaking Countries (CPLP). It is supported by important cultural entities, universities, governmental agencies, consulates and mainly people who have Portuguese in the core of their profession and work for the appreciation of such language.