63rd Jabuti Award: learn about the work of the Editora Métailié, winner in the Brazilian Book Published Abroad category 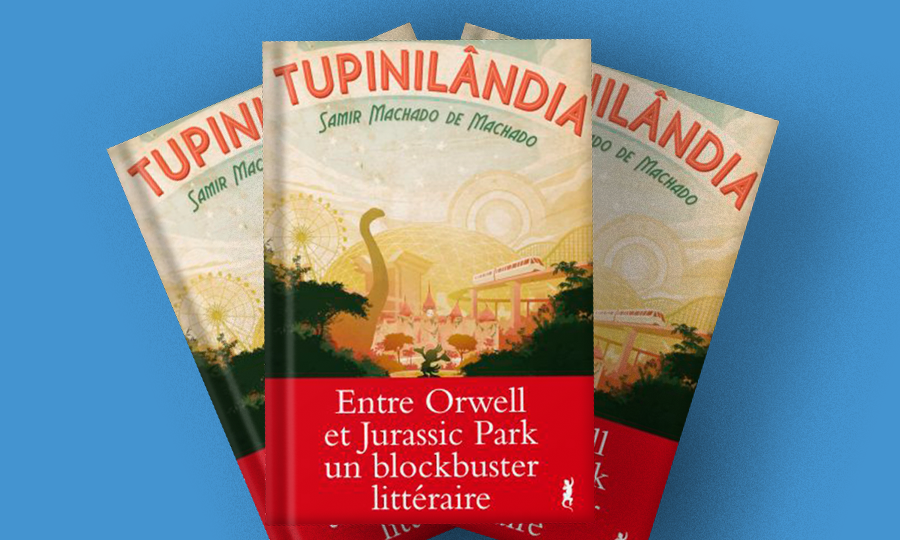 “It feels like a hug from across the ocean.” This is the feeling described by Frédéric Métailié, general secretary of the French publisher Métailié, by winning the Jabuti Award 2021 in the Brazilian Book Published Abroad category, promoted by Brazilian Publishers – a project for the internationalization of Brazilian editorial content carried out through a partnership between the Brazilian Book Chamber (CBL) and Brazilian Trade and Investment Promotion Agency (Apex-Brasil). The ceremony for the biggest award of the year in the Brazilian publishing market, held by CBL, took place on November, 25th.

Métailié was awarded for its title “Tupinilândia” (Tupiniland). The book is authored by Samir Machado de Machado and was published in Brazil by the publisher Todavia. The winner competed against four other finalists: “Amora” (Blackberry), by Editora Dublinense and Amazon Publishing; “Louco por HQs” (Crazy for HQs), by Editora do Brasil and Editora Panamericana; “O oráculo da noite” (The Oracle of Night: The History and Science of Dreaming), by Companhia das Letras and Giangiacomo Feltrinelli Editore Milano, and “O pai da menina morta” (Dead girl’s dad), by Editora Todavia and Editorial Planeta Colombiana. The works were evaluated by three jurors specialized in different areas, who were appointed by readers, the publishing market, and then validated by the Board of Curators of Jabuti Award.

This is the second time that Editora Métailié has competed for the award. The publisher built a close relationship with Jabuti, over the forty-two years in which it published Brazilian authors, many of whom were awarded at the ceremony – such as Carlos Drummond de Andrade and Fernando Gabeira. In the interview, Frédéric Métailié thanked the Brazilian Book Chamber and the jury, and said he was very honored and happy with the trophy.

About his expectations before the victory, he explains: “We dedicated a lot of time to ensure that the translation lived up to the text, so that Samir’s novel was as close to the original as the different languages allow. We thought the jury would take this work into consideration, so we were almost certain and totally hopeful.” Speaking of the victory, Frédéric feels that he was rewarded for the excellent work of the publisher with “Tupinilândia”, but also for his long journey publishing Brazilian literature in France.

The reception of the work abroad was very positive: it received excellent reviews and sold around five thousand copies. “We chose to publish ‘Tupinilândia’ because it is a wonderful book, brilliantly written. The work mixes a reflection on nostalgia for the past, which is a very Brazilian brand, and a vision of current society with such a mastery that few writers manage to achieve. A mix of longing and action movies, too convincing to resist”, adds Frédéric.

With the victory and the Jabuti Award, the expectation is that the work can leverage even more sales abroad and arouse the interest of new readers. “Jabuti shows the quality of the translation and publishing work. It will certainly strengthen Samir Machado de Machado’s reputation in France and Europe, bringing his work to the attention of publishers from other European countries”, concludes Frédéric.

Created in 2008, Brazilian Publishers is an industry-wide project to encourage exports of Brazilian editorial content, the result of a partnership between the Brazilian Book Chamber (CBL) and the Brazilian Trade and Investments Promotion Agency (Apex-Brasil). The initiative aims to promote the Brazilian publishing industry in the global market in an oriented and articulated manner, contributing to the professionalization of the publishers.