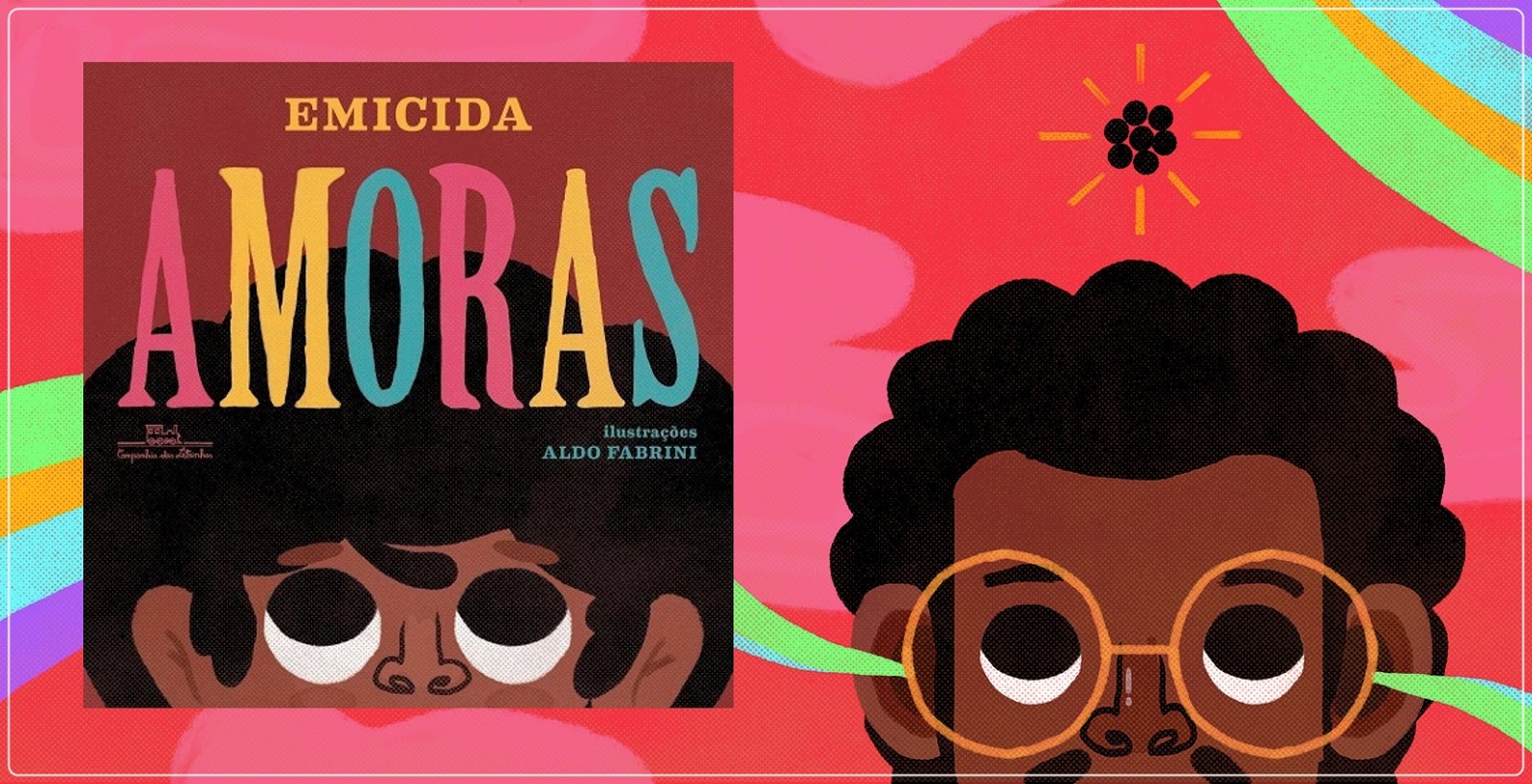 Released in 2018, “Amoras” (Blackberries), a children’s book written by rapper Emicida, is on the Nielsen PublishNews ranking of bestselling books in Brazil in the period ranging from June 14th to July 14th.

“Amoras” is based on the eponymous song, in which the rapper says: “Que a doçura das frutinhas sabor acalanto/Fez a criança sozinha alcançar a conclusão/Papai que bom, porque eu sou pretinha também” (The sweetness of the small lullaby-flavored fruits/ Made the child to come to the conclusion alone/ Dad, that’s great because I’m black, too). The book talks openly to black children and tells a story that is simple and poetic at the same time, showing them the importance of recognizing ourselves in the small details of the world and being proud of them, as kids and as adults, too.

Leandro Roque de Oliveira is the given name of the rapper from São Paulo, who is one of the major names in such music genre in Brazil. His discography includes albums such as “Emicídio” (2010), “Sobre Crianças, Quadris, Pesadelos e Lições de Casa…” (2015) and “AmarElo” (2019), among others.

Besides “Amoras”, the rapper also wrote the anthology “Pra quem já mordeu um cachorro por comida, até que eu cheguei longe” (Considering I had to fight a dog for food, I‘d say I achieved a lot), published in 2019 by LiteraRua.