Author of Quando Me Descobri Negra (When I Found Myself Black), Bianca Santana participates in the Frankfurt Book Fair 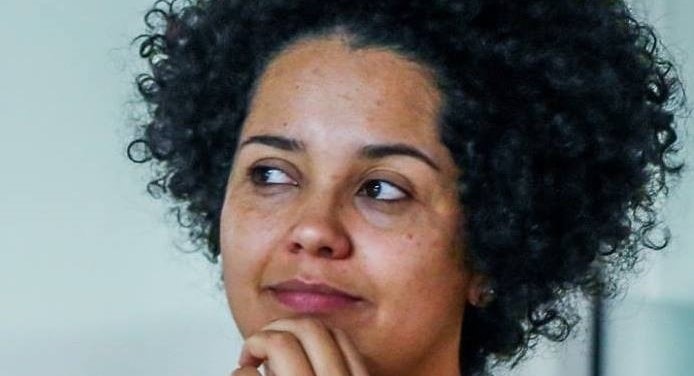 The next edition of the Frankfurt Book Fair takes place from October 10th and 14th and counts on the presence of three Brazilian authors. Among them, the journalist and writer Bianca Santana, who participates on the event through the support of the Ministry of Foreign Affairs of Brazil, the Ministry of Culture and the Brazilian Publishers, an industry project to promote exports of Brazilian editorial content carried out through a partnership between CBL and the Brazilian Trade and Investment Promotion Agency (Apex-Brasil).

“Quando Me Descobri Negra” (When I Found Myself Black) (2015) is the most prominent publication in Bianca’s career and brings chronicles and reports on racism, gender, and race.  “The repercussion has been very good. Readers tell me that the book is important for both non-black people to understand what racism is and the experiences that black people experience, and for black people, who identify with the narratives in the book”, Bianca explained. The work was translated into English and will be published in Nigeria.

During the event, the writer will participate in a debate with the subject “Diverse Voices – Female authors from Latin America”, which happens on October 14th, at 3:00 pm (Frankfurt time), and intends to contribute to the expansion of Brazilian editorial content. “As a guest author, I want to play the role of helping to bring Brazilian production to other countries: not only what I write, but also other authors, especially books produced by black women that many times do not circulate in the international literary market”, she said. The roundtable will have a presentation by Silke Kleemann and the presence of the authors Mercedes Rosende (Uruguay) and Gabriela Cabezón (Argentina).

Frankfurt Fair 2018 has the participation of Brazilian publishing houses
Brazilian Publishers organizes the participation of 23 national publishing houses during the 70th edition of the Frankfurt Book Fair. In 2017, the Brazilian delegation traded US$ 680,000 during the event and in business expectations closed for the following 12 months. This amount was 9.67% higher compared to the 2016 event. This year, business expectations are for US$ 650,000 in the sale of copyrights and physical books. Learn more about the Brazilian participation here.