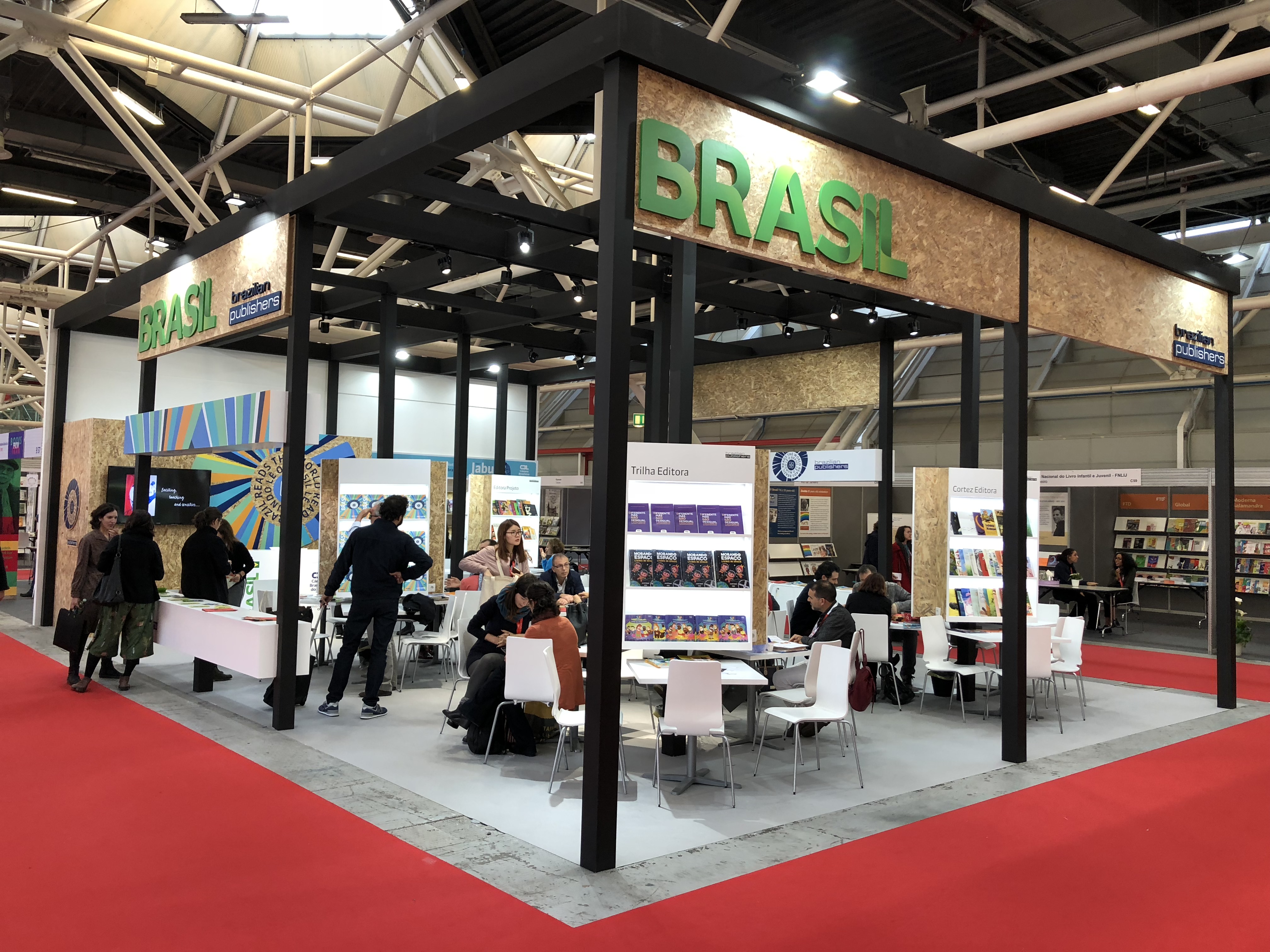 Bologna Children’s Book Fair happens between April 1st and 4th and counts on the participation of 18 Brazilian publishers. The delegation is headed by the Brazilian Publishers, an industry project fostering exports of Brazilian editorial content through a partnership between the Brazilian Book Chamber (CBL) and the Brazilian Trade and Investment Promotion Agency (Apex-Brasil). Check the complete list of companies here.

In 2018, the Brazilian participation exceeded the expectations by moving USD 400,000 in exports during the fair. For this year, the initial estimate is USD 350 thousand. “The Brazilian presence in international events has generated ever better results for the strengthening of national editorial content. The Bologna Children’s Book Fair is extremely relevant for the children’s books segment and a great opportunity to do business with professionals from different countries”, says Fernanda Dantas, International Affairs Manager at CBL and Manager of Brazilian Publishers.

Founded in March, 2018, the Arole Cultural is one of the companies that participate in the event for the first time. “The recognition of the public during the 25th São Paulo International Book Fair gave us the courage to go international. Our expectations for the Bologna Children’s Book Fair are enormous and we intend to present the children’s collection “O Livro dos Orixás para Crianças” (The Book of Orixás for Children), which presents the history, customs, characteristics and nature strength of the Orixás, who are deities belonging to Afro-Brazilian religions”, explains the director and founder of the publishing house, Diego de Oxóssi.

According to Diego, the first volume of the collection “Conhecendo os Orixás: de Exu a Oxalá” (Knowing the Orixás: from Exu to Oxalá) was released in December 2018 and sold two thousand copies in 30 days. “The main importance in presenting children’s books such as the “Orixás Para Crianças” (Orixás for Children) collection is that they are a way to give visibility and voice to black children so that they recognize themselves as subjects in a historically exclusionary society. This helps them to become vectors for the reconstruction of a fairer and less prejudiced future”, says Diego. And adds: “We see Thor, Zeus, and other white gods and goddesses, exponents of Greek mythology in the movies and the mainstream media, and we treat this naturally. Why do not see the Orixas in the same way? If you learn that Zeus is the god of thunder, why cannot learn that Xango is the god of thunder and justice?”, he concludes.

During the last edition of the Bologna Fair, the Editora Cortez sold the rights to the books “Brisa na Janela” (Breeze at the Window) (2016), “A Cidade dos Carregadores de Pedras” (The City of Stone Carriers) (2012) and “Na Janela do Trem” (At the Window of the Train) (2013). The three works are of the children’s genre and were published in the United Arab Emirates by AlHudhud Publishing & Translation in 2018.

For this year, the international advisor of the publisher, Erivan Gomes, intends to strengthen the relationship with professionals in the international market. “My expectation is to keep the contacts that have already been made. The publishing market is very dynamic and with a lot of offers. Therefore, it is very important to continue the relationship with international professionals. It may be that an editor who was not interested in old themes, may be now”, says Erivan. Check the books of the publishers in the Books and Rights.

Created in 2008, the Brazilian Publishers is an industry project that promotes exports of Brazilian editorial content through a partnership between Brazilian Book Chamber (CBL) and the Brazilian Trade and Investment Promotion Agency (Apex-Brazil ). The purpose of the initiative is promoting the Brazilian publishing sector in the global market in an oriented and articulated manner, contributing to the professionalization of publishing houses.