Brazil ends its participation in the Bologna Children’s Book Fair with USD 329,000 in book and copyright sales 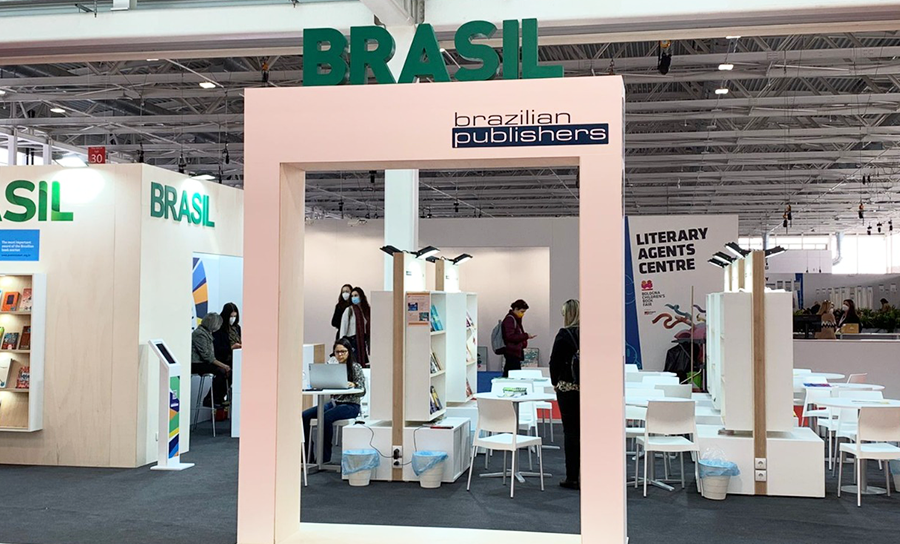 The 59th edition of the Bologna Children’s Book Fair took place in person between the 21st and 24th of March in the Italian city, after two years in remote format. Brazil was represented by the participation of nine publishers, including Callis, Girassol Brasil, Melhoramentos, Ôzé, Carochinha, Editora do Brasil, Todolivro, Pallas and Ateliê da Escrita. The delegation had the support of Brazilian Publishers — a partnership between the Brazilian Book Chamber (CBL) and the Brazilian Trade and Investment Promotion Agency (ApexBrasil).

For this year, immediate business was around USD 329,000, with the sale of physical books and also copyrights. Expectations for the next 12 months are for publishers to close another USD 554,000 in copyrights and printed books. In addition, 114 new contacts were also established.

“We computed optimistic numbers with our participation in Bologna, which demonstrate sales growth since the pandemic period. Furthermore, it is gratifying to see how publishers in Brazil are better prepared each year for negotiations with international publishing houses”, says CBL’s presidente, Vitor Tavares.

The program also promoted an exclusive booth at the fair, with space for meetings with professionals in the publishing market and for negotiating copyrights.

“It is essential to have a good participation in the Bologna Fair. The segment is extremely competitive and plays a catalytic role in terms of the performance of children’s literature and in creating the habit of reading for this audience. Our delegation was certainly prepared and took advantage of all the support provided by Brazilian Publishers to close deals at the fair”, concludes Fernanda Dantas, international relations manager at Brazilian Publishers.

The Brazilian booth also featured an exclusive exhibition entirely dedicated to the SDG Book Club Portuguese Language – Brazilian Chapter catalogue, a project based on the United Nations’ Sustainable Development Goals, which seeks to raise awareness of children and young people around the world through books and literature. The virtual exhibition brought information about the 175 Brazilian books selected for the club.

In addition to the delegation, Fernanda Dantas was also present in Bologna and participated in the “Translation Forum: Hot Topics in Translation Rights” panel on Brazilian literature and current topics in translation rights. The panel was also moderated by Emma House, management consultant for the Oreham Group, and had the participation of two more guests: British literary translator Ruth Ahmedzai Kemp and bilingual author and anthologist Lawrence Schimel.