Brazil participates in the Sharjah Fair: check out the award-winning publisher and the translated releases 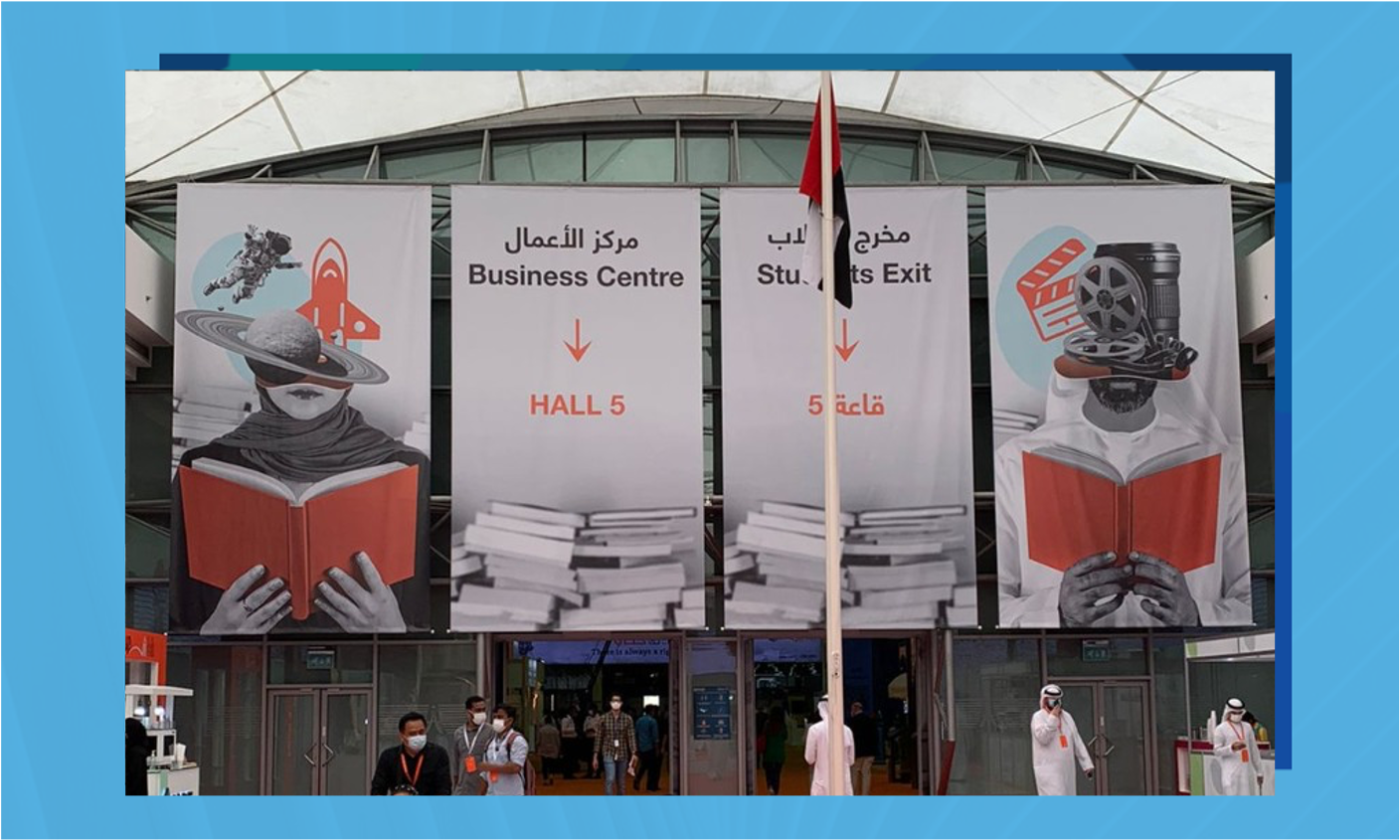 The Brazilian Publishers – a project for the internationalization of Brazilian editorial content carried out through a partnership between the Brazilian Book Chamber (CBL) and the Brazilian Trade and Investment Promotion Agency (Apex-Brasil) – delegation participated in the 40th edition of the Sharjah International Book Fair, which started on November 3rd and runs until the 13th. Altogether, there are 1,632 publishers and 85 authors and artists from around the world, in about 970 events and activities in the program.

The event started a few days before, with the Publishers Conference from October 31th to November 2nd, a face-to-face, closed meeting, in which publishers selected by the organization were invited to business roundtables among the participants. Seven Brazilian publishers participated this year: Faro Editorial, Tabla, Editora Melhoramentos, Rua do Sabão, Sesi-SP, Telos and Cemporcento, in addition to the literary agent Juliana Farias. Five of the houses are Brazilian Publishers participants.

The publisher Al Arabi Publishing and Distribution, exhibited at its stand some of the Brazilian books published in Arabic: “As Perguntas” (The Questions), by Antonio Xerxenesky, “Dias Perfeitos” (Perfect days) and “Suicidas” (Suicidals), by Raphael Montes, and “Tropical Sol da Liberdade” (Tropical Sun of Liberty), by Ana Maria Machado. The publishing house was founded in 1975 by Ismail Abdel Hakam Bakr, in Cairo, amid a time of great political confrontation in Egypt.

The Brazilian publisher Tabla, represented by Laura di Pietro and with the book of poems “Onze astros” (Eleven stars) (originally published in 1992 by Al Ahlia Publishing), won the Turjuman Translation Award. The goal of the award is to encourage international translators and editors to choose and publish titles written by important Arab authors, contributing to the global appreciation of Arabic literature and enhancing intercultural communication. It was an award that considered books available to the public between 2011 and 2021.

In an opening speech, Ahmed bin Rakkad Al Ameri, President of the Sharjah Book Authority, said: “Today, the strength and beauty of Arabic literature has crossed geographic and linguistic borders thanks to the prestigious Sharjah Turjuman Translation Prize, introduced in 2011, which aims to promote Arabic titles globally. The creative works of our poets, intellectuals and authors now enjoy an international audience and to date, the award has received 16,490 requests for translation to and from the Arabic language and has helped to bring about 1,493 books to be published.”

“Onze astros”, written by the Palestinian poet Mahmud Darwich, and translated by Michel Sleiman, was awarded by the Sharjah committee with the equivalent of R$ 2 million, 30% of which goes to the Arab publisher and the remaining 70 % goes to Tabla. The award mainly promotes specialized international publications and encourages translations to show the world a more real image of Arabs and Muslims. It also intends to show the contribution of these peoples to civilization in different fields of knowledge.

Fernanda Dantas, International Relations manager at the Brazilian Book Chamber (CBL) and manager of Brazilian Publishers, participated in the event: “It is very important for us to show Brazilian literature in such a large space and full of editors from different countries”, she comments. “And with Brazilian Publishers, we can take works by interesting authors to new audiences who are always eager to learn about our culture. ”

Fernanda, and other Brazilians who were at the Fair, also had the opportunity to visit the House of Wisdom, a gigantic library with more than 300,000 titles that served to celebrate Sharjah’s title as World Book Capital by UNESCO, conquered in 2019. And the Brazilian delegation also got to know Publishing CIty, the first Free Trade Zone in the world dedicated exclusively to serving the global publishing and media industry.

The Sharjah International Book Fair takes place after the conference and is one of the biggest nexuses in the publishing market worldwide. In 2019, Sharjah, one of the United Arab Emirates, was declared World Book Capital by UNESCO. The event had its first edition in 1982, at the initiative of Sultan Muhammad Al-Qasimi. Since then, the Fair has had thousands of publishers and millions of visitors.

Created in 2008, Brazilian Publishers is a sectorial project to encourage exports of Brazilian editorial content, the result of a partnership between the Brazilian Book Chamber (CBL) and the Brazilian Trade and Investment Promotion Agency (Apex-Brasil). The initiative aims to promote the Brazilian publishing sector in the global market in an oriented and articulated manner, contributing to the professionalization of publishers.