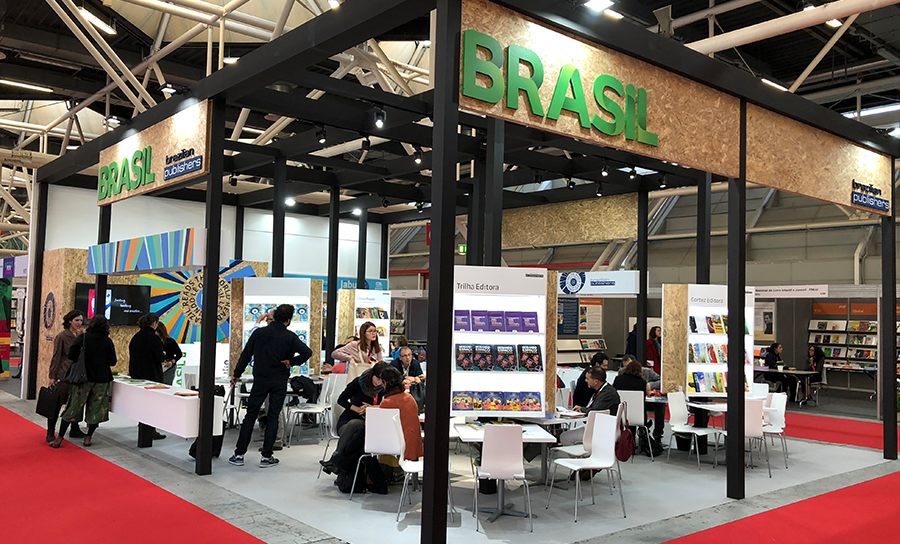 Brazil has confirmed its presence for the 59th edition of the Bologna Children’s Book Fair, which takes place between March 21st and 24th in the Italian city. The country will be represented at the event by a delegation made up of nine publishers, all supported by Brazilian Publishers — a partnership between the Brazilian Book Chamber (CBL) and the Brazilian Trade and Investment Promotion Agency (ApexBrasil).

The program promotes an exclusive booth at the fair, with space for meetings with professionals in the publishing market and for negotiating copyrights. So far, the following publishers have confirmed their presence: Callis, Girassol Brasil, Melhoramentos, Ôzé, Carochinha, Editora do Brasil, Todolivro, Pallas and Ateliê da Escrita.

Vitor Tavares, president of the Brazilian Book Chamber (CBL), is very confident and happy with Brazil’s participation in Bologna: “After two years of virtual meetings, it is wonderful that we can meet in person at an event so relevant to the publishing market”, he quotes happily.

The fair will also feature an exhibition entirely dedicated to the SDG Book Club Portuguese Language – Brazilian Chapter catalogue, a project based on the United Nations’ Sustainable Development Goals, which seeks to raise awareness of children and young people around the world through books and literature. The virtual exhibition will be exposed in an exclusive place inside the Brazilian booth and will bring information about the 175 Brazilian books selected for the club.

“This is an excellent opportunity for the international public to get to know and have a deeper contact with this rich and well-crafted project, which had the support of Brazilian Publishers for the creation of the catalogue that guides the exhibition”, says Fernanda.

The Italian fair will also have another exclusive exhibition, called “The Braw Amazing Book Shelf”, based on the exhibition of more than 2,200 books from 62 countries registered for the Bologna Ragazzi Prize 2022, all displayed in a room at the Bologna’s Salaborsa library. For the first time, the event will dedicate a space to the 100 winning works, selected by the three international juries, contributing to their visibility on the international scene. Among the titles, there are two Brazilian books: “Uma Planta Muito Faminta” (A very starving plant), by Renato Moriconi and published by Companhia das Letras in 2021, and “Ana e os Palíndromos” (Ana and the palindromes), by Fernando Vilela and published by Editora do Brasil in 2020.

More about Brazil in Bologna

In addition to the delegation, Fernanda Dantas, international relations manager at Brazilian Publishers, will also go to Bologna, where she will participate in the “Translation Forum: Hot Topics in Translation Rights” panel on Brazilian literature and translation rights. The panel will take place on March 23rd, from 11 am to 11:45 am, and will discuss topics involving issues such as working with grants, with information on how a national body can support national literary works in translation, how the names of the translators appear on the cover and the best way to promote literature in translation.

The panel will also be moderated by Emma House, management consultant for the Oreham Group, and will have the participation of two more guests: Ruth Ahmedzai Kemp and Lawrence Schimel. Ruth is a British literary translator working with fiction and non-fiction books, especially children’s titles, translated from Arabic, German and Russian into English. She also coordinates translation workshops in schools and promotes world literature for young people. Lawrence is a bilingual author and anthologist who has published over 120 titles, translated into over 40 languages, in a wide range of genres.

On March 21st, at 4 pm, another panel will be organized, entitled “Taking Stock: Where Does Global Publishing go from here?”, in which Karine Pansa, vice president of the International Publishers Association (IPA) and director of CBL will be one of the guests. In addition to Karine, the program will also feature three other personalities from the global publishing market: Bodour Al Qasimi, IPA’s president, Alison Tweed, CEO of Book Aid International, and Jose Manuel Anta, International Publishing Distribution Association’s director.