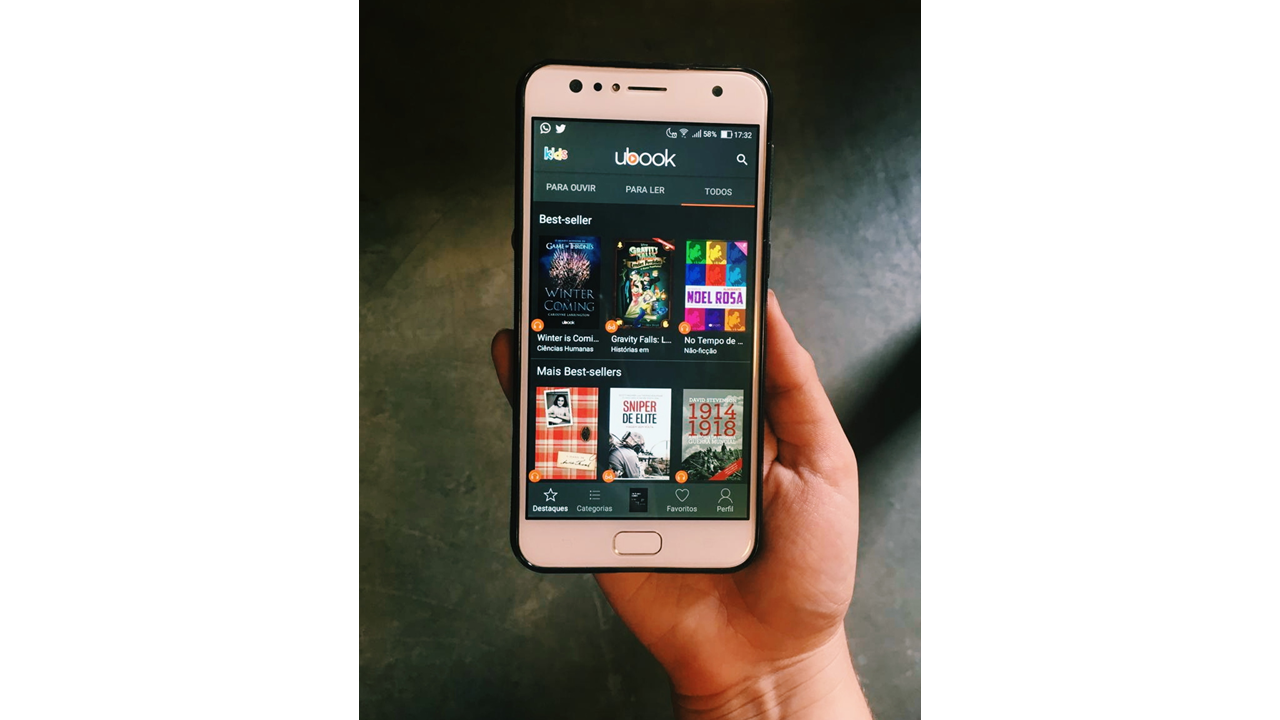 In 2014, the audiobook was one of the most discussed subjects during the Frankfurt Book Fair. In that same year, Ubook was created, the first platform for audiobooks subscription via streaming in Brazil. With over six million users registered, the service offers unlimited access to various national and international works, which can be listened to through the computer, tablet or smartphone. Company data indicate that the service had a 400% growth in revenue in the last four years. “By the end of March, we will be present in 18 countries through 21 partners”, said company CEO Flávio Osso.

Currently, Ubook has partnership with 300 publishers and offers over 15,500 audiobooks, being 2,500 in Portuguese, 3,000 in Spanish, and about 10,000 in English. “Having these partners increased our user base not only in Brazil, but started to open doors in other markets”, says Flávio. Ubook is part of the Brazilian Publishers, an industry project that promotes exports of Brazilian editorial content through a partnership between the Brazilian Book Chamber (CBL) and the Brazilian Trade and Investment Promotion Agency (Apex-Brasil).

The main goal of the service is to democratize the access to culture, entertainment, and information through audio-focused digital platforms. Last year, the company was one of the finalists of the Excellence Award 2018 in the Audiobooks Publisher of the Year category. The award is granted by the British Publishers Association, in praise of the London Book Fair.

The Ubook catalog can be accessed through the website or the applications available for iOS, Android and Windows Phone. To learn more about the platform, click here.

To continue the internationalization of its content, Ubook is present at the London Book Fair with the support of the Brazilian Publishers project. The event will happen from March 12th to 14th, with the participation of eight Brazilian publishers.

The fair is one of the main platforms of the editorial market for negotiation of rights, sale and distribution of content. In 2018, the national delegation generated USD 200,000 in business and prospects for the 12 months following the event. To learn more, access.