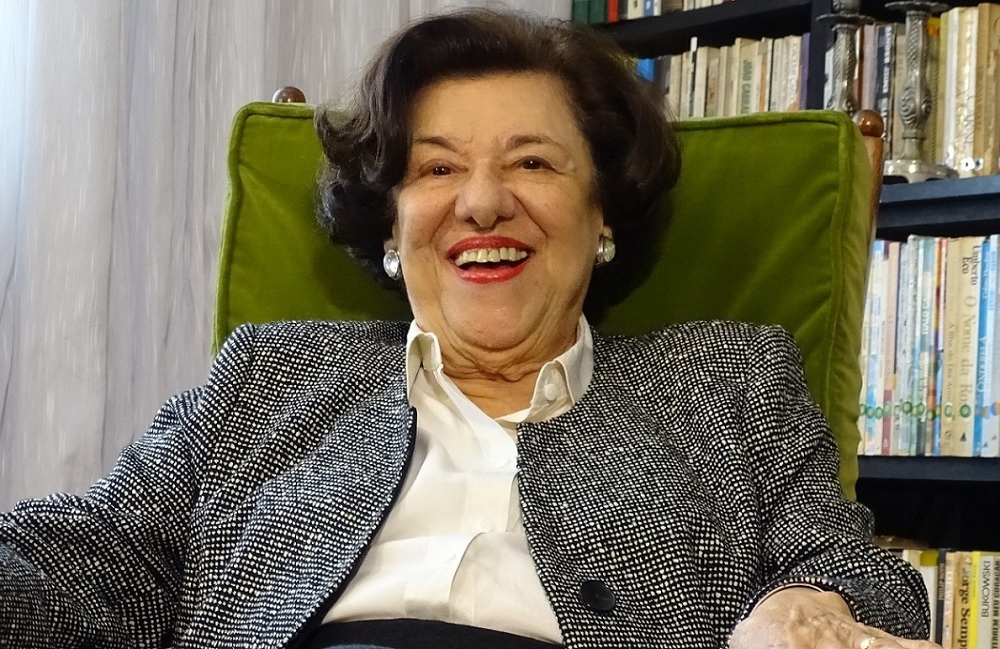 The passion for books of the 90-year-old writer began in her childhood, influenced mainly by her grandfather, Ioiô, who used to read to her stories by the Brothers Grimm, Hans Christian Andersen, Charles Perrault and others. However, it were the stories from “As reinações de Narizinho e Memórias de Emília” (The adventures of Lucia Little Nose and Emilia’s Memoirs), by Monteiro Lobato, that actually introduced Ruth to the literature universe.

Graduated in Political and Social Sciences from the School of Sociology and Politics of São Paulo, she was a student of historian Sérgio Buarque de Holanda, author of “Raízes do Brasil” (Roots of Brazil). She started her children-focused career writing short stories of the “Romeo and Juliet” series for Revista Recreio, and she also worked as a coordinator of the department of books for children and teenagers of Editora Abril.

In 1976 her first book, “Palavras, muitas palavras” (Words, many words), was published, what has made of her a promising name in children’s literature. Then it was released “Marcelo, Marmelo, Martelo” (Marcelo, Quince, Hammer), her best-seller and one of the most successful books in the history of the Brazilian publishing industry, with over 70 editions and 20 million copies sold. She also wrote “O reizinho mandão” (The bossy little king), a book that was included on the Hans Christian Andersen Honor List. Her bibliography includes “Nicolau tinha uma ideia” (Nicolau had an idea), “Dois idiotas sentados cada qual no seu barril” (Two fools sat on their respective barrels) and “Uma história de rabos presos” (A story of tails in traps), among many other titles.

During her long career (over 50 years), Ruth Rocha has already won eight Jabuti Awards, besides trophies given by the Brazilian Academy of Literature, the Art Critics Association of São Paulo, and the National Foundation of Books for Children and Young People, among others. In 2008, the author became a member of the Literature Academy of São Paulo. In total, she has had over 200 books published, and her works were translated into 25 languages.