Brazilian Authors Series: A writer to keep an eye on 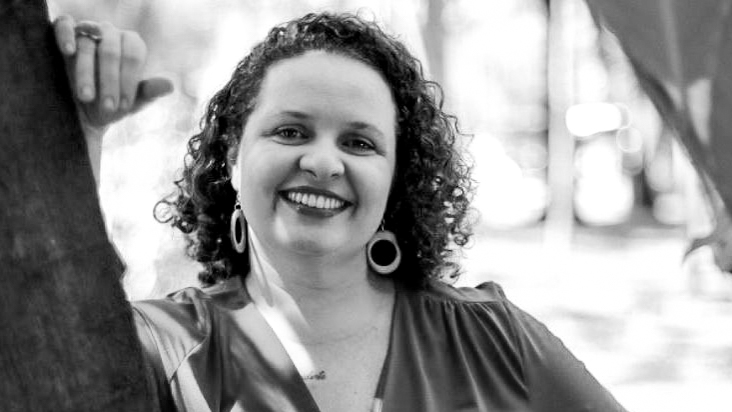 This week, the Brazilian Authors Series brings the journey of journalist Socorro Acioli, who wrote biographies, books for children and young readers and also for adults. The series is an initiative of Brazilian Publishers — an industry project fostering the exports of Brazilian editorial content by means of a partnership between the Brazilian Book Chamber (CBL) and the Brazilian Trade and Investment Promotion Agency (Apex-Brasil).

Socorro is a contemporary writer to keep an eye on. Born in Ceará, a state in the Northeast region of Brazil, she graduated in Social Communications with majors in Journalism. She also earned a Master’s Degree in Literature and a Doctoral Degree in Literary Studies. Her first experience in literature was “O Pipoqueiro João” (João, the popcorn seller), a book she wrote and published at the age of 8, in 1984.

Since then, the author has been writing, collecting awards and drawing attention in Brazil and abroad. One of her fans was renowned Colombian writer Gabriel García Márquez. Socorro was the only Brazilian selected for the script workshop entitled “Como contar um conto” (How to tell a story), given by him at Escuela de Cine y TV de San Antonio de Los Baños.

The novel that captivated García Márquez was “A cabeça do santo” (The head of the saint), which, at that time, was just a half-page project developed during the workshop. The story, set in the Northeastern backlands, revolves around a young man that has the gift of listening to women’s prayers to Saint Anthony of Padua. The book was published in 2014 and became an international hit, being also released in countries like England, the United States and France.

Her bibliography includes two biographies – “Frei Tito” (Friar Tito) (2001) and “Rachel de Queiroz” (2003) –, as well as four books for young readers and fifteen for children, including “Bia que tanto lia” (Bia, the girl who reads a lot), her debut in the genre. “Ela tem olhos de céu” (She has eyes like the sky) (2012) is another important title, and Socorro won the Jabuti Award 2013 in the children’s book category for it.

Her work “É pra ler ou pra comer?” (Is it for reading or eating?) was chosen as the Best Children’s Book by the Secretariat of Culture of the State of Ceará, and her titles were also deemed as “Highly Recommended” by the National Foundation of Books for Children and Young People in 2006, 2007 and 2008.