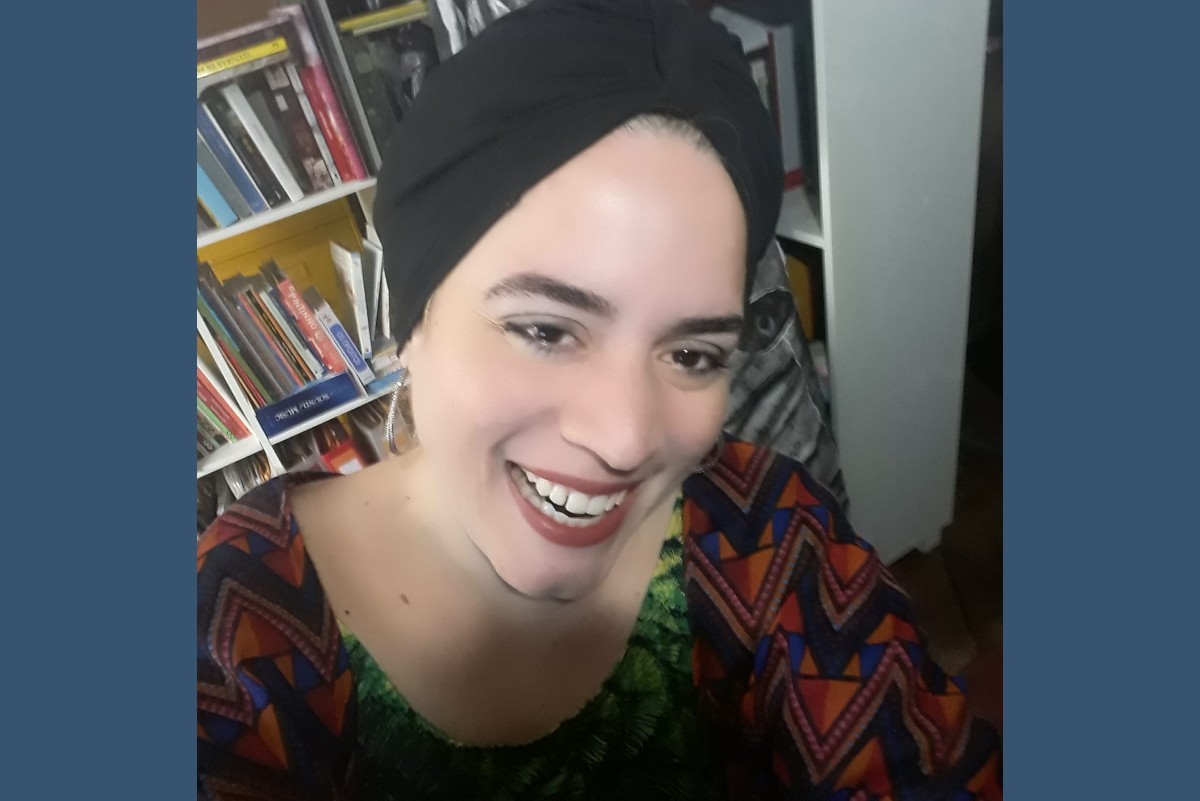 The Brazilian illustrator Anielizabeth is the highlight of the week in the Brazilian Authors Series. The campaign is an initiative of Brazilian Publishers — an industry project fostering the exports of Brazilian editorial content by means of a partnership between the Brazilian Book Chamber (CBL) and the Brazilian Trade and Investment Promotion Agency (Apex-Brasil).

Anielizabeth will represent Brazil at the Bologna Book Fair, giving a virtual workshop on children’s illustration with practical activities. “It was such a beautiful surprise at such melancholy times!”, said the illustrator in a conversation with Brazilian Publishers.

Anielizabeth has participated in the fair for 10 years and, in 2014, she was part of a debate about the relation between text and image at the invitation of CBL. “At this moment, still pandemic, with the event in a virtual format, being able to contribute to this workshop is very symbolic and very exciting”, completes the illustrator. The workshop will be available on the event’s online platform between june 14th and 18th.

The illustrator has also published her drawings in a book released by Girassol, a publishing house that is part of BrazilIan Publishers project. The title is “To lull the little ones with affection”, and written by Regina Drummond.

The illustrator began her trajectory in the children’s field as a teacher at the Municipal Education Network of Rio de Janeiro, when she was 18 years old. Through her growing connection with books, the artist was getting closer to illustration.

“One day I was hypnotized by a work by Roger Mello. And I thought: this is what I want to do with my life, but I had no idea how to start”, says Anielizabeth. “Until then, I was studying fashion design and wanted to be a costume designer. But the enchantment with illustration and the rediscovery of so many writers I loved as a child ended up engaging me in the work of educating readers,” she adds.

As inspiration, the artist mention names such as Cecília Meirelles, Vinícius de Moraes, Ziraldo and Chico Buarque, Brazilian authors who accompanied her during her journey in education.

While taking her first steps in illustration, Anielizabeth specialized in Children’s Literature at Universidade Federal do Rio de Janeiro (UFRJ), in 2007. In the same year, she was invited to illustrate a book that ended up not being published. “So, the publisher delivered it into the hands of Sandra Pina, who wrote a story for them. Thus, my first book was born: Bambalalao, Senhor Captain, which is now out of print”, says the illustrator. Also that year, she signed the illustrations for “Who is, who is? Baile à Fantasia”, by Anna Claudia Ramos, from the publisher DCL.

Over the years, Anielizabeth has been present at international fairs and events with her workshops and lectures. She also studied illustration at the traditional Scuola Internazionale by Illustrazione Stepan Zavrel, in Sàrmede, Italy. “Now I realize that I’ve been working in the market for 22 years as a reading mediator and for 14 years as an illustrator. Wow! Time passes and we don’t even notice!”, she adds.

From her vast catalogue, Anielizabeth highlights the First Childhood Collection, which has six books written and illustrated by her, edited by Cortez Editora. “The collection was created based on conversation and reading circles with students, parents and staff from the daycare center I ran and on many reflections with the Cortez team about the need for national material that would speak directly to our children,” she explains.

“I wanted books where little readers could recognize their routine: moving their bodies, looking in the mirror, playing with shapes, colors, letters and numbers. Every young child does this, whether at daycare, at school or at home”, concludes the artist.

In addition to her participation in the Bologna Fair, Anielizabeth also participated in the Guadalajara Book Fair, both invited by Brazilian Publishers.

About the Brazilian Authors Series