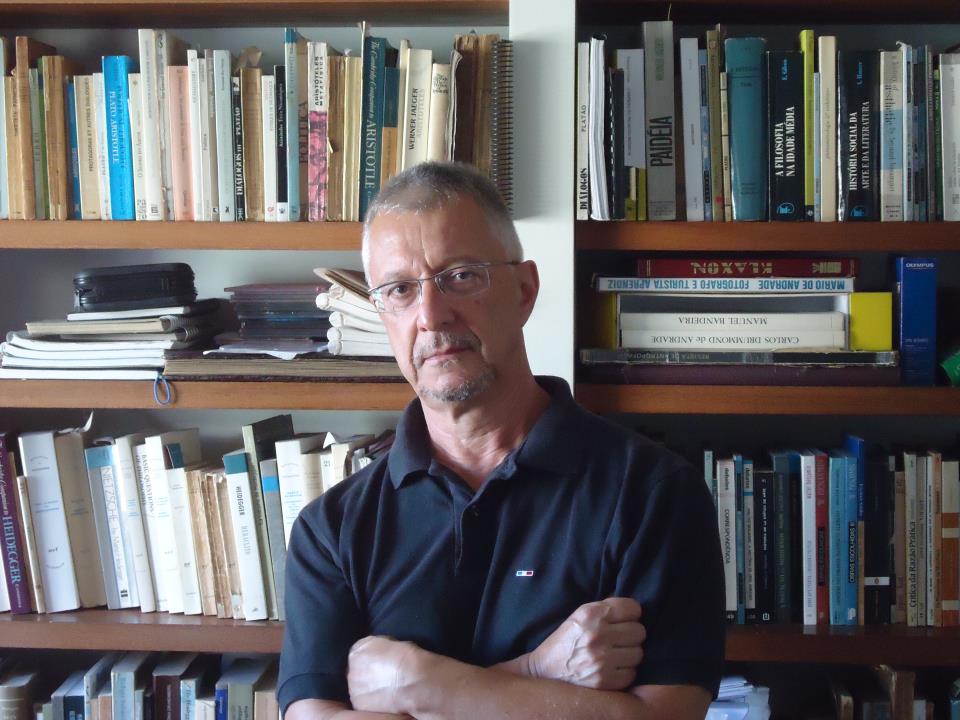 Eduardo Jardim is the author of seven books and winner of the Jabuti Award 2016 in the Biography and Book of the Year categories for the publication of “Mário de Andrade: Eu sou trezentos: vida e obra” (Mário de Andrade: I am three hundred: life and work) (2015). The book addresses the trajectory of one of the best-known Brazilian writers in the history of Brazilian literature and one of those responsible for the modernist movement. Organized by the Brazilian Book Chamber, this is the major and most expressive recognition of the Brazilian publishing market.

“Winning the Jabuti is a great joy, especially with a biography of Mario de Andrade. So I owe a lot to the great writer. Spreading his thoughts, his poetry and his life was also a great prize. Mário de Andrade is an author who needs to be read and reread, because his work is a strong incentive to think about the inequality of our country”, says Eduardo, who is part of the Brazilian Authors Series, an initiative of the Brazilian Publishers, an industry project fostering exports of Brazilian editorial content through a partnership between the Brazilian Book Chamber (CBL) and the Brazilian Trade and Investment Promotion Agency (Apex-Brasil).

Another outstanding book in the author’s career is “A duas vozes – Hannah Arendt e Octavio Paz” (Two Voices – Hannah Arendt and Octavio Paz) (2007). During the narrative, Eduardo promoted encounters between the Mexican poet Octavio Paz and the German philosopher Hannah Arendt, who taught in the same semesters at Cornell University between 1965 and 1966. In the dialogues imagined by the author, the two thinkers talk about their theories and experiences, discuss ideas and present theories that instigate the reader.

The author has recently published “Tudo agora está deserto: encontros com a literatura e música nos tempos da ditadura” (Everything is now deserted: encounters with literature and music in times of the dictatorship) (2017). The work brings an overview on the meaning of Brazilian literary and musical production during the 1960s and 1970s from three productions: the novel “Quarup” (1967) by Antonio Callado, the show “Gal a todo vapor” (Gal at Full Speed), and the writings by Ana Cristina Cesar, until 1983.

The book “Quarup” was a reaction to the military coup and brings the desires and perplexities of opponents to the regime, expressing the strong tension between the appeal of political militancy and the questioning positioning of all solutions in sight. At its turn, the show of the singer Gal Costa happened in 1971, after AI – 5, the hardest period of the dictatorship. At last, the writings of Ana Cristina that expressed a demand for interlocution. “Tudo agora está deserto” (Everything is now deserted) is an invitation to reflect on themes that transcend all ages and different ways of experiencing the relationship between art and life.

In 2019, Eduardo releases his new book “A doença e o tempo” (The disease and the time). According to the author, the book addresses a central theme of the 1980s: the discovery of AIDS and what the disease meant for an entire generation. “In a double move, I try to approach a very sensitive subject. I present how AIDS has forced us to rethink our experience of time and how much the disease cannot be confined to certain groups or regions. It was a shock to all of us, it demanded a confrontation in the broader scope and motivated matters that concern all men and women”, explains Eduardo.

During his career, Eduardo published essays and compilations in Spain and Argentina, and other titles such as “A brasilidade modernista: sua dimensão filosófica” (Modernist Brazilian way: its philosophical dimension) (1978), the result of his master’s work, “Limites do moderno” (Limits of Modern) (1999) about the aesthetic thought of Mário de Andrade, “Hannah Arendt – pensadora da crise e de um novo início” (Hannah Arendt – thinker of the crisis and of a new beginning) (2011), and “Mário de Andrade – a morte do poeta” (Mário de Andrade – the death of the poet) (2005).

In order to stimulate knowledge about Brazilian contemporary literature, Brazilian Publishers, an industry project that promotes exports of Brazilian editorial content through a partnership between the Brazilian Book Chamber (CBL) and the Brazilian Trade and Investment Promotion Agency (Apex-Brazil), created the series “Brazilian Authors”, which brings information about current national writers.

Created in 2008, the Brazilian Publishers is an industry project that promotes exports of Brazilian editorial content through a partnership between Brazilian Book Chamber (CBL) and the Brazilian Trade and Investment Promotion Agency (Apex-Brazil). The purpose of the initiative is promoting the Brazilian publishing sector in the global market in an oriented and articulated manner, contributing to the professionalization of publishing houses.