Brazilian Authors Series: get to know the career of Itamar Vieira Junior 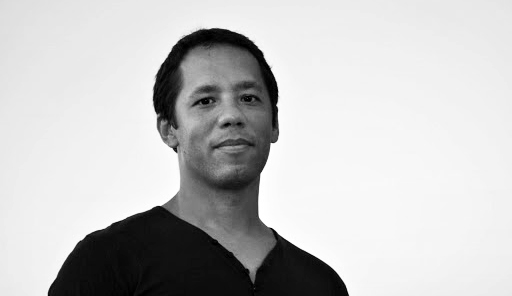 A writer and finalist in the 62nd Jabuti Awards, Itamar Vieira Junior is the guest of this week in the Brazilian Authors Series, an initiative of Brazilian Publishers — an industry project fostering the exports of Brazilian editorial content by means of a partnership between the Brazilian Book Chamber (CBL) and the Brazilian Trade and Investment Promotion Agency (Apex-Brasil).

With a light but precise writing, Itamar Vieira Junior takes his readers to the Brazilian rural world. His latest book, “Torto Arado” (The crooked plow) (Todavia), captivated Portugal and won the LeYa Book Prize 2018. In Brazil, published by Editora Todavia in 2019, the title is one of the finalists of the Jabuti Awards 2020, in the Literary Novel category.

Divided into three parts and having two black sisters as protagonists, the book focuses on landless rural workers descended from African enslaved people, highlighting those two female figures. The title of the book came from “Marília de Dirceu”, a poem by Tomás Antônio Gonzaga.

Itamar debuted in literature in 2012 with the short stories book entitled “Dias” (Days), which won the 11th Art & Culture Project Award from Bahia. In 2017, “A oração do carrasco” (The hangman’s prayer) (Mondongo) was published and selected as a finalist of the Jabuti Awards 2018, in the Short Stories category. The title was second place in the Bunkyo Prize for Literature 2018 and the winner of the Humberto de Campos Prize conferred by the Brazilian Writers Association.

Itamar was born in the city of Salvador in 1979 and descends from African enslaved people and from the Brazilian indigenous people Tupinambás. He graduated in Geography from Universidade Federal da Bahia and has a master’s degree in Ethnical and African Studies, addressing quilombo communities in the countryside of the Northeast region of Brazil. He has been working for 15 years as a public servant in the National Institute of Colonization and Agrarian Reform (INCRA), where he has the opportunity to live with and listen to landless rural workers and people from quilombos and indigenous communities from the farthest places in the rural area of Brazil.