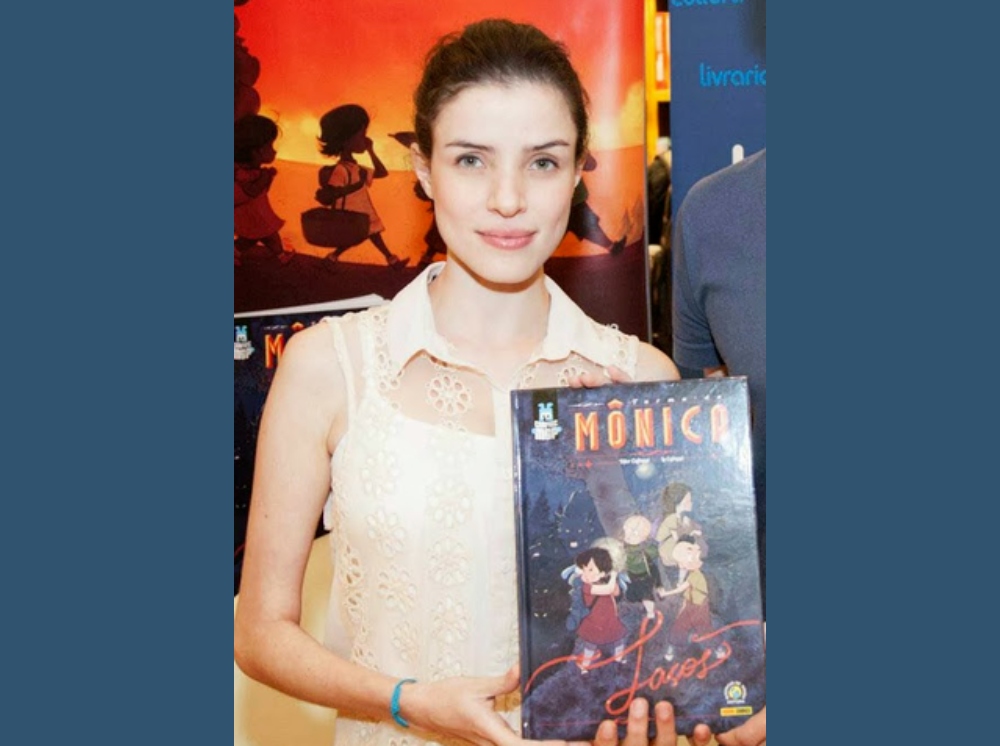 One of the most touching Brazilian kids’ movies of the past few years, “Turma da Mônica – Laços” (Monica and Friends – Bonds) was inspired by the acclaimed eponymous graphic novel, which had a woman as co-creator. We are talking about Lu Cafaggi, a Brazilian comic book artist who started her career in 2009, and since then she has been illustrating successful rich stories.

Lu Cafaggi is part of the Brazilian Authors Series, an initiative of Brazilian Publishers — an industry project fostering the exports of Brazilian editorial content by means of a partnership between the Brazilian Book Chamber (CBL) and the Brazilian Trade and Investment Promotion Agency (Apex-Brasil).

Born in the city of Belo Horizonte, in the state of Minas Gerais, Lu began posting her illustrations online in 2009, and in the next year she created a blog: Los Pantozelos. It was there that Cafaggi published her first works independently with a friend. In 2011, she released “Mixtape” (Mixtape), a collection of four mini-comic books that were designed as cassette tapes and included “comic book poems”. In such work Lu addressed her relationship with music.

In 2013, Lu and her brother, Vitor Cafaggi, were invited to create a new comic book story for the Monica’s Gang series. The result was a trilogy composed of “Laços”, “Lições” (Lessons) and “Lembranças” (Memories). Addressing more sensitive and less humorous themes, the stories led the series created by Mauricio de Sousa to a more mature stage while keeping its original charm. In 2015, Vitor and Lu won the 28th HQ Mix Prize in the “Best Youth Publication” for “Lições”. The first volume of the trilogy was adapted for the screens in 2018, and a sequence is coming soon.