Brazilian Authors Series: Maria Valéria Rezende and the paths of education and literature 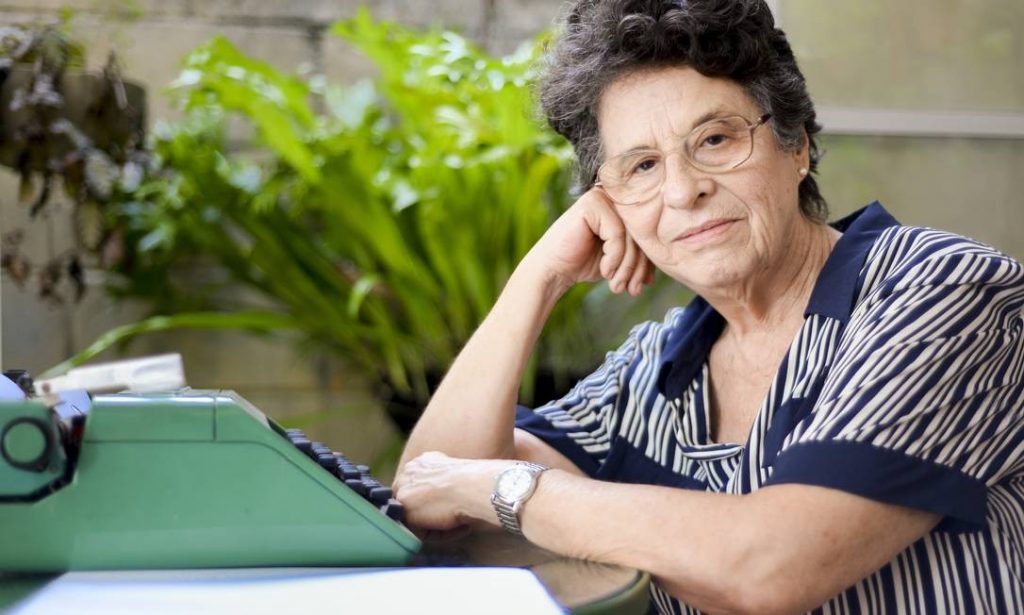 With her novels, short stories, chronicles and books for children and young readers, Maria Valéria Rezende has captivated fans around the world. She is the person of the week in the Brazilian Authors Series — an industry project fostering the exports of Brazilian editorial content by means of a partnership between the Brazilian Book Chamber (CBL) and the Brazilian Trade and Investment Promotion Agency (Apex-Brasil).

In 2001, at the age of 60, Maria Valéria Rezende took her first steps in literature and released the book “Vasto Mundo” (Vast world). After that, the writer had dozens of titles published, including poems and fiction stories. She also won many awards and captivated readers of all ages.

Among the prizes she won in Brazil and abroad are four Jabuti Awards, the most important book prize in Brazil: in 2009, in the Children’s Book category, for “No risco do caracol” (In the trail of the snail); in 2013, in the Young Readers’ Book category, for the novel “Ouro dentro da cabeça” (Gold inside the head); in 2015, for the novel “Quarenta Dias” (Forty days), first place in the categories Novel and Best Fiction Book. For her latest novel, “Outros Cantos” (Other corners), she won the Casa de las Américas Awards, in Cuba, and also the São Paulo Prize for Literature, both in 2017.

Born in 1942 in Santos, a city in the seaside of São Paulo, Maria Valéria graduated in French Language and Literature and in Pedagogy, and she also got her master’s degree in Sociology. Since the 1960s, she has been working to take education to all parts of Brazil and abroad.

After working in many countries around the globe, in 1976 she moved to the state of Paraíba, where she still lives. In addition to her work as an educational facilitator and as a writer, Maria Valéria also participates in Mulherio das Letras, a national literary event that aims at gathering together, discovering and helping women who write, whether as literary authors, editors or researchers.