Brazilian Authors Series: Rosinha, the writer who dropped her Architect career for her love of literature 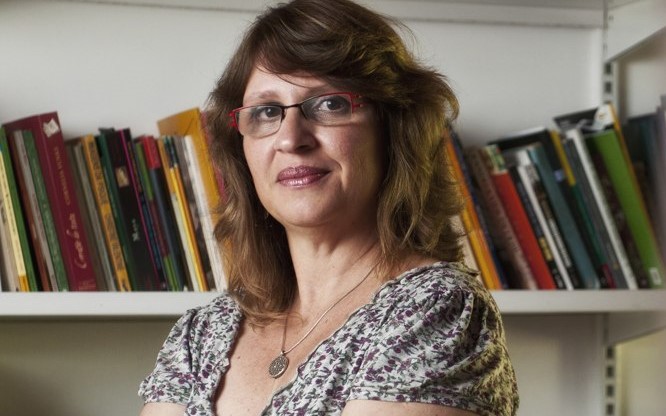 From architect to writer and illustrator, that’s the change made by Rosinha, an author from Pernambuco who had 110 books published already. She is this week’s character of the Brazilian Authors Series, an initiative of Brazilian Publishers — an industry project fostering the exports of Brazilian editorial content by means of a partnership between the Brazilian Book Chamber (CBL) and the Brazilian Trade and Investment Promotion Agency (Apex-Brasil).

Born in the city of Recife, Rosinha got a degree in Architecture from Universidade Federal de Pernambuco. She worked as a teacher of literature for children for over ten years in readers’ formation courses. She currently lives in Olinda and works as an illustrator and writer. “When I fell in love with books for children and young people, I just closed my [architecture] office and started working with illustration”, she says.

In 1994, the writer had her first book published, “Som Coração” (The Sound of Heart) (Editora Projeto). Since then, she has been dedicating her life to literature. One of the highlights in Rosinha’s career as an author is the collection entitled “Palavra Rimada com Imagem” (Rhymes & Images), also published by Editora Projeto, which won several prizes of the National Foundation of Books for Children and Young People (FNLIJ), as well as the Açorianos Awards and the renowned Jabuti Awards 2011, in the Illustration category.

The “Palavra Rimada com Imagem” collection is composed of 3 volumes: “A história da Princesa do Reino de Pedra” (The Story of the Stone Kingdom Princess), “A história de Juvenal e o Dragão” (The Story of Juvenal and the Dragon) and “A história da Garça Encantada” (The Story of the Enchanted Heron). The three stories have in common the fairy tales structure. Rosinha transformed the 3 cordel poems (a Brazilian popular literary genre that usually makes use of rhymes) created by Leandro Gomes de Barros into short stories. Each volume includes a chapbook with the original version of the cordel poem.

“I follow many different paths from book conception to its delivery. There are countless possibilities for me to explore. Then a memory, a reflection, a fact, a movie or a book just gives me a hint and I make my choices. The result is a book that uses several techniques and has a unique identity”, says Rosinha about her creation process.

The writer and illustrator has participated in important exhibitions in several countries worldwide, such as En los Colores del Trazo, in Guatemala; Bienále Ilustrácií Bratislava, in Slovakia; Literatura Brasileña para Niños y Jóvenes, in Colombia; Ilustra Brasil and Recife Ilustra, in Brazil. In 2015, she created, together with Anabella Lopez, Usina de Imagens, an institution for illustrators’ formation.