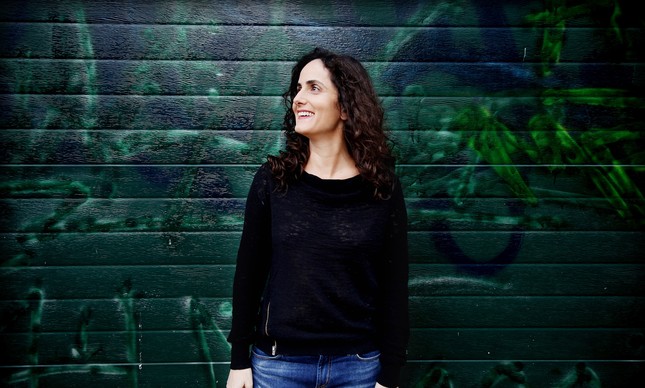 Tatiana Salem Levy is a Brazilian-Portuguese writer that lives between Rio de Janeiro and Lisbon. PhD in Literature, her debut novel was “A Chave de Casa” (The house of Smyrna), an instant best-seller translated into several languages. She is the today’s character of the Brazilian Authors Series, an initiative of Brazilian Publishers — an industry project fostering the exports of Brazilian editorial content by means of a partnership between the Brazilian Book Chamber (CBL) and the Brazilian Trade and Investment Promotion Agency (Apex-Brasil).

“A Chave de Casa” was published in Brazil in 2007 by Editora Record, and in Portugal by Livros Cotovia. The book was also published in France, Italy, Spain, Romania, Turkey and Australia, and the writer won the São Paulo Prize for Literature for it in the ‘Best Debut’ category in 2008. She was also a finalist of the Jabuti Awards and of the Zaffari & Bourbon Award for such title.

Partially autobiographical, the book tells the touching story of three generations in three continents and addresses contemporary themes in a very particular way. In the novel, when the narrator receives from her Turkish grandfather a key to a house located in the city of Izmir (Smyrna is its ancient name), she starts a fascinating journey to the past. Her Jewish grandparents had to flee from Inquisition and moved from Portugal to Turkey, while her parents were persecuted in Brazil suspected of being communists. Trapped in other people’s memories, the young woman is haunted by the present and has to discover who she really is and who she wants to become.

After being acclaimed by Brazilian and foreign critics, the translator and Doctor of Literature had another book published in 2011 by Editora Record, a novel at the same time intense and delicate that addresses the love impulse and the romantic waiting.

“Dois rios” (Two rivers) resulted from Tatiana’s passion for the sea and her willing to make it part of her stories, always based on something dear to her. The book is divided in two very distinct parts, and each one of them corresponds to a different narrative voice and perspective. Like the two rivers in the title of the novel that end up merging to the sea, the voices of the two brothers who tell the story eventually fuse together in a single reality: their passion about the same woman.

Then the writer had her book “Tanto Mar” (Wide sea) released in 2013 by Editora Galera Record, “Paraíso” (Paradise) published in 2014 by Editora Foz, and finally “O mundo não vai acabar” (The world is not going to end) released in 2017 by Editora Livraria José Olympio.