Brazilian Authors Series: through the windows of Otávio Júnior 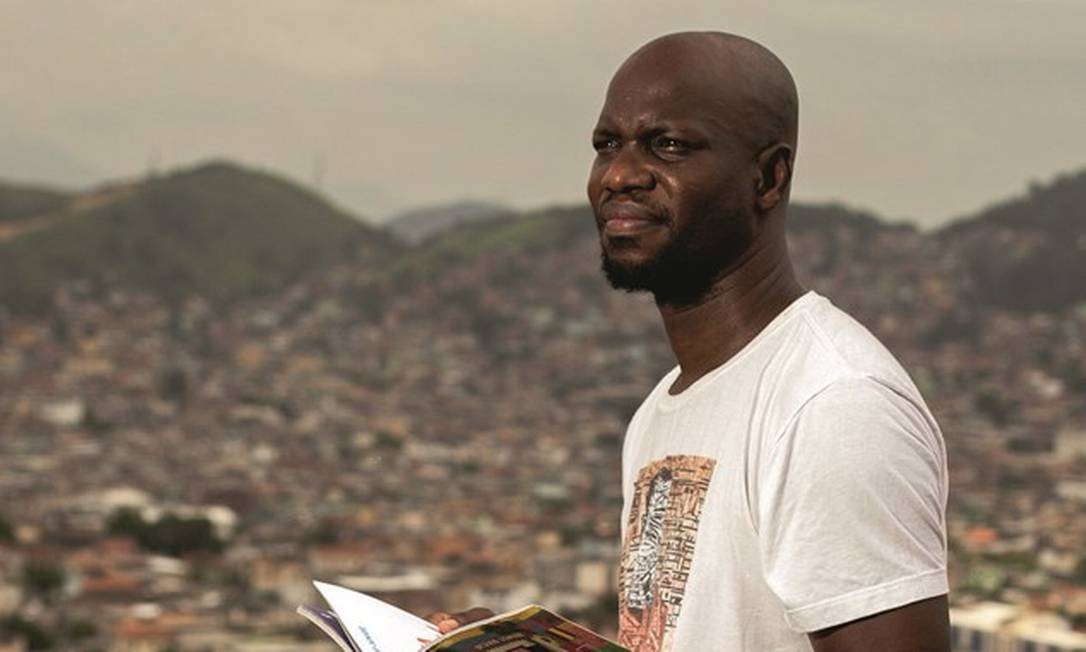 Writer and theatrical producer Otávio Júnior, author of “Da minha janela” (From my window), winner of the Jabuti Awards 2020 in the Children’s Book category, is the guest of this week in the Brazilian Authors Series. The series is an initiative of Brazilian Publishers — an industry project fostering the exports of Brazilian editorial content by means of a partnership between the Brazilian Book Chamber (CBL) and the Brazilian Trade and Investment Promotion Agency (Apex-Brasil).

The delicate writing of “Da Minha Janela” (Companhia das Letrinhas) captivated the members of the judging panel of Jabuti 2020. Otávio uses the slum as a set and people from such poor neighborhood as the main characters. The book shows everything we could see from the window of one of those houses: colors, movement, animals, the daily life and objects that surround us but very often remain unnoticed.

It could be said that such book is the result of the relationship of the author with the world of words. Otávio fell in love with books when he found one in a dump when he was a kid. Since then he became an eager explorer of libraries and developed several literary initiatives related to the representativeness of black people and people from outskirts, combining in his works true and fictional stories. But his connection with books goes beyond writing.

He is currently known as the “Bookseller from Alemão” – the poor neighborhood where he was born, in Rio de Janeiro. Besides creating initiatives to promote reading in that area, he also became a storyteller. He conceived the “Ler é 10” (Reading is great) project, a sort of moving library that takes books to other parts o Penha and Alemão, two neighborhoods in the outskirts of the city.

When he realized children from poor areas liked reading but didn’t relate to the contents of the books, he created the “Coleção Lá do Beco” (From the Hood Collection), composed of children’s stories set in slums, so that kids could see their own neighborhoods reflected on the pages of books, but without the stereotype of violence, poverty and other negative issues. Hope became his signature in writing.

Other works of Otávio include “O Livreiro Do Alemão” (Panda Books), in which he tells his own story; “O garoto da camisa vermelha” (The boy in red shirt) (Grupo Autêntica); “O chefão lá do morro” (The hood boss) (Grupo Autêntica); “Grande Circo Favela” (The Great Favela Circus) (Editora Estrela). His works have been translated into English, Spanish and French. In addition to the Jabuti Award 2020, he also won in 2012 the Mother Teresa of Calcutta Prize in Argentina, for services provided to community, and, in 2008, he won the Prêmio Faz Diferença (Make the Difference Prize), awarded by Brazilian newspaper O Globo.