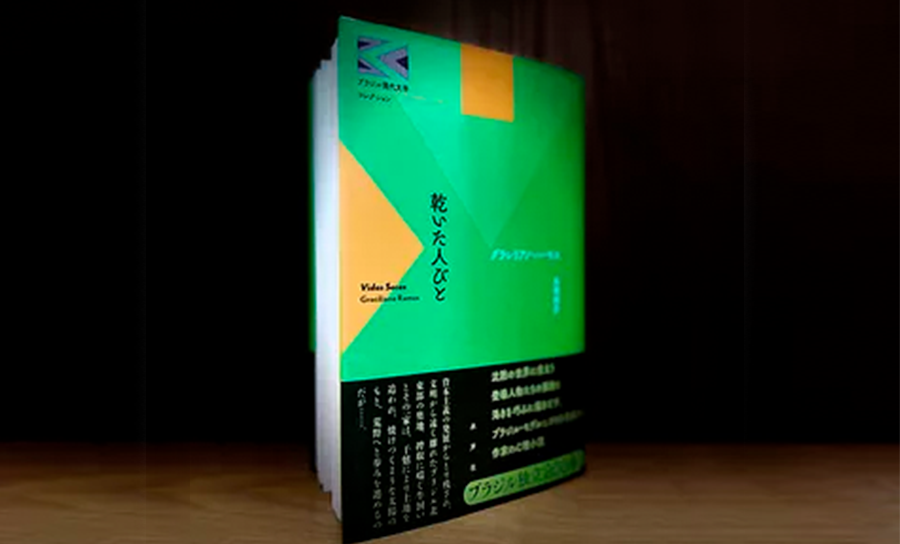 During the year 2022, the public in Japan will have a special encounter with Brazilian literature. In partnership with Suiseisha publisher, the Brazilian Embassy in Tokyo supported the publication of five classics of Brazilian literature translated into Japanese. The project is coordinated by Professor Chika Takeda, vice president of the University of Foreign Studies in Tokyo.

This collection of masterpieces from Brazil is part of the cultural program of the Embassy of Brazil in Tokyo for the Bicentennial of Brazil’s Independence, celebrated this year. The project encompasses initiatives in the areas of literature, visual arts, architecture, audiovisual, popular music and concert music. With this initiative, the Brazilian Embassy seeks to expand the knowledge of the Japanese public about Brazil’s culture and promote dialogue between the two societies through literature. The launch of each book will be accompanied by reading cycles, academic debates and screenings of films and documentaries.

Among the Brazilian works launched in the Japanese market this year are “Vidas Secas”, by Graciliano Ramos, which came out in February; Oscar Nakasato’s “Nihonjin”, in June; “As Meninas”, by Lygia Fagundes Telles, in August; “Torto Arado”, by Itamar Vieira Junior, in November; and the collection “The best of the Brazilian short story”, in December.

The first work in this collection is now available in Japanese bookstores. “Vidas Secas”, by Graciliano Ramos, is considered one of the great classics of Brazilian literature. When reflecting on the harsh reality faced by so many people of Brazil’s northeastern hinterland, its reading is essential to understand important aspects of Brazilian society.

The Embassy also intends to bring the authors Oscar Nakasato and Itamar Vieira Junior for a publicity tour in Japan. The events will be announced on the Brazilian Embassy in Tokyo social media: @brasembtokyo.

With the support of the Brazilian government, the publishing house Suiseisha has expanded its catalogue of contemporary Brazilian literature, which already includes books such as “Eldorado Orphans”, by Milton Hatoum; “The Old Sailors”, by Jorge Amado; “Family Jewels”, by Zulmira Ribeiro Tavares; “First Stories”, by João Guimarães Rosa; “Happy New Year”, by Rubem Fonseca; and “Nine Nights”, by Bernardo Carvalho.

“Our idea is to transform this project into a permanent one, guaranteeing each year the launch of a minimum number of Brazilian works in Japan”, quotes Tatiana Carvalho Teixeira, diplomat at the Brazilian Embassy in Tokyo.

Check out the launch of the Brazilian literature project portal in Japan at the link: https://www.burajirubungaku.net/