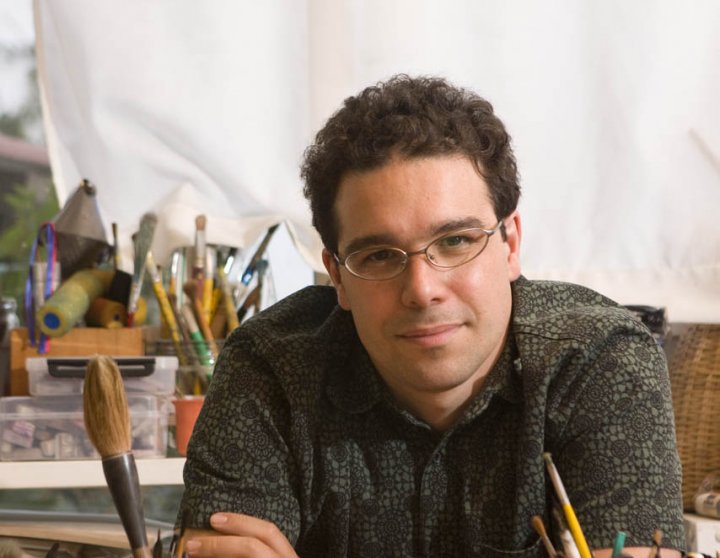 The Bologna Children’s Book Fair happens between April 1st and 4th and counts on the Illustrators Exhibition, a panel that presents the world production of the segment during the event. To produce the exhibition, the organization received 2901 works of professionals from 62 countries. Of this number, 76 works were chosen and are signed by artists from 27 countries. Among them, Fernando Vilela, the only Brazilian selected for the production of the set of illustrations “Aboborela”.

“I am very happy that the Brazilian illustration is present in this important exhibition of global visibility. The set of illustrations that was selected is part of a book called “Aboborela” (2018), written by Stela Barbieri, which was illustrated and designed by me and published by the publishing house Pulo do Gato. In these works I worked with engraving, drawing and I used two special colors besides black”, says Fernando.

The illustrator also adds that he was inspired by the Chinese art to produce the work. “As the story of Aboborela is inspired by a Chinese tale of a girl born from a pumpkin, I sought to dialogue with the Chinese art and used few elements and colors. The oriental architecture, drawings and paintings were also sources of inspiration to create the images and graphic design of the book”, he explains.

Painter, illustrator and author, Fernando has books published in several countries, such as France, Mexico, and Canada, among others. In 2007, the author won the Jabuti Award in the categories “Children” and “Illustration of Children’s Book” for the publication of “Lampião e Lancelote” (2006). Organized by the Brazilian Book Chamber, the Jabuti Award is the largest literary event in the Brazilian publishing market. The narrative of “Lampião e Lancelote” presents the encounter of the Northeastern outlaw with one of the medieval knights of the Round Table of King Arthur.

During his career, Fernando Vilela also received the New Horizons Mention of the International Youth Salon Award in Bologna in 2007 and was included in the White Ravens catalogue of the Munich International Library in Germany. Founded in 1949 by the author and journalist Jella Lepman, the space gathers the best books of the worldwide youth genre.

The artist also has works exhibited in important collections, such as at MoMA in New York, Museum of Contemporary Art of São Paulo, Pinacoteca of the State of São Paulo and in the National Museum of Fine Arts of Rio de Janeiro.

Check the complete list of the 76 artists selected for the exhibition of illustrators of the Bologna Children’s Book Fair 2019.