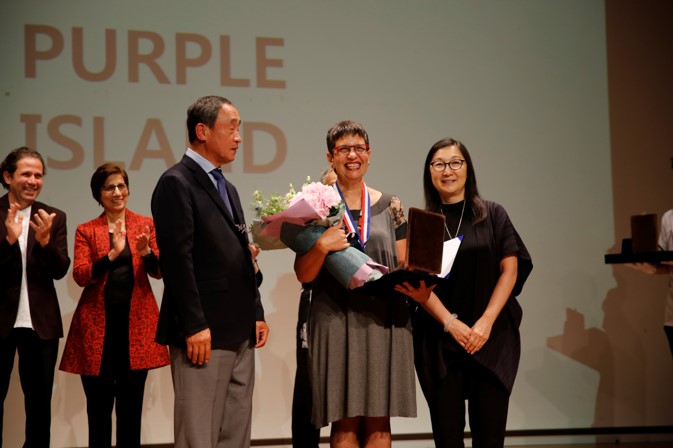 The illustrators Guilherme Karsten and Daniel Cabral are finalists of the Nami Concours, which has the objective of presenting the work of illustrators on a global scale and inspire other professionals. Promoted every two years, the event rewards the world’s greatest illustrators.

The 2019 edition counts on artists from 42 countries, such as Brazil, Colombia, and Mexico, among others, that will be part of the catalogue of the contest, which is a reference in the international promotion of illustrated works. The winners of the competition will be announced in January.

The first place takes home a prize of USD 10,000. The second and third place receives the Golden Island, in the amount of USD 5,000. The remaining five win the Green Island, with a prize of USD 2,000. Ten other professionals will receive the Purple Island, which offers certificate and plaque.

Besides Guilherme and Daniel, the event has the participation of the Brazilian illustrator Roger Mello as president of the jury. “The last edition of the Nami Councors was marked by the strong presence of experimentation.  There are no rules to make art and the curatorship of the competition has no limits. We need art to be a cry and art for children and teens is a powerful voice”, says Roger.

In 2017, the author and writer Marilda Castanha was the only Brazilian awarded in the Purple Island category for the book “Sem Fim” (Endless). The artist competed with 1777 illustrators from 89 countries. The first place was the Polish Malgorzata Gurowska, with the title “The Locomotive”. In the Golden Island category, the winners were the books “Vasilisa the Beautiful” by the Russian Anna Morgunova, and “Beastly Verse” by the American Joo-hee Yoon.

Check the complete list of the finalists of the 2019 edition of the Nami Concours here.