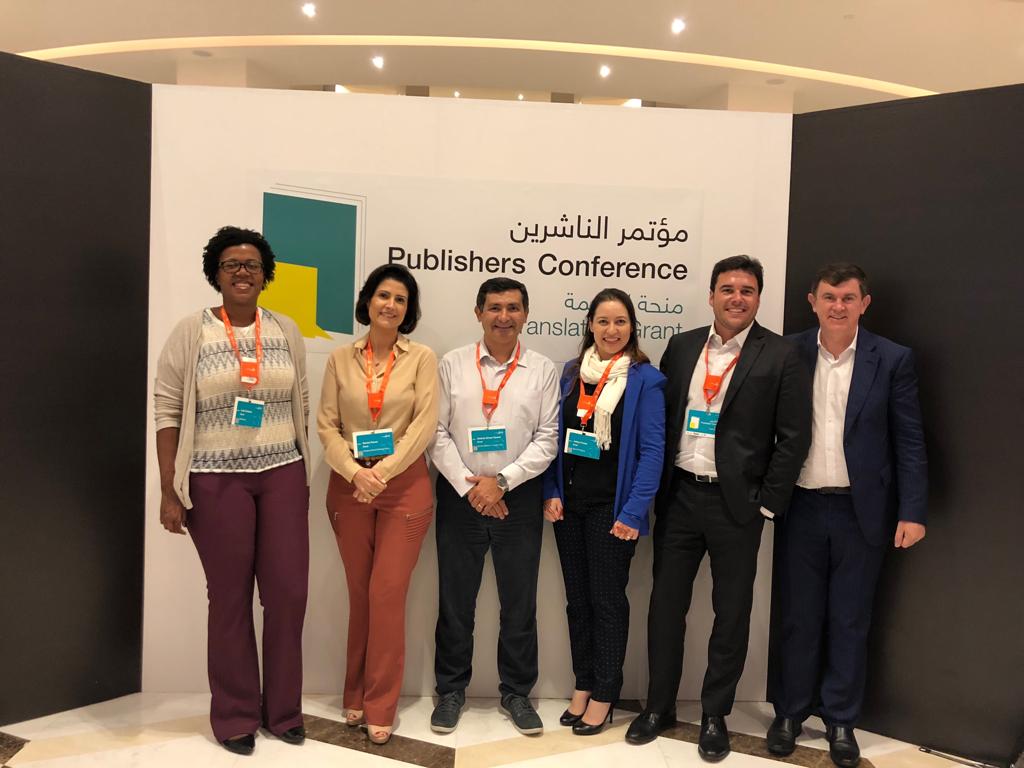 The Sharjah International Book Fair took place from October 31st to November 10th and counted on the participation of eight Brazilian publishing houses, which participated in the event with the support of the Brazilian Publishers – an industry project fostering exports of Brazilian editorial content carried out through a partnership between Brazilian Book Chamber (CBL) and  Brazilian Trade and Investment Promotion Agency (Apex-Brasil). The matchmaking meetings held during the fair generated US$ 136 thousand in expectation of business for the next 12 months.

The International Affairs publisher of the Emirates Publishers Association (EPA), Rawan Dabbas, says that the business potential of Brazilian literature is enormous. “The history and size of the Brazilian publishing market has given to the Emirates publishers a diverse platform to explore small and large publishing houses. Furthermore, Brazil has an Arab diaspora of about 12 million people. In our visits to Sao Paulo, we found out an interest on the Arab culture in general and the need for Arab books in this part of the world”, Rawan explained.

Of the eight Brazilian publishing houses that attended the event, five participated for the first time. “Meeting the same editors who came to Sharjah in the previous edition and knowing professionals who came for the first time was a sign that the ties between the two nations are narrowing”, Rawan added.

“We are very pleased with the Brazilian participation in the Sharjah International Book Fair. I believe that the result is a reflex of the approximation that we have performed in international fairs in the last two years and especially, during the São Paulo Book Fair. Having Sharjah as the guest of honor was essential to promote the Brazilian culture and this contributed to the business meetings held during the event”, said Luiz Alvaro Salles Aguiar de Menezes, International Affairs Manager of the Brazilian Book Chamber and Manager of Brazilian Publishers .

The works “Brisa na Janela” (Breeze on the Window) (2016), “A Cidade dos Carregadores de Pedras” (The City of Stone Carriers) (2012) and “Na Janela do Trem” (At the Train Window) (2013) were originally published by Editora Cortez in Brazil and translated by AlHudhud Publishing & Translation publishing house in Sharjah . “Whenever I receive one of our books published in another language I get very happy to see the materialization of the work we have developed with CBL and Brazilian Publishers”, said Erivan Gomes, National and International Project Adviser at Cortez Editora”.