Brazilian Publishers participates at the MicBR 2018 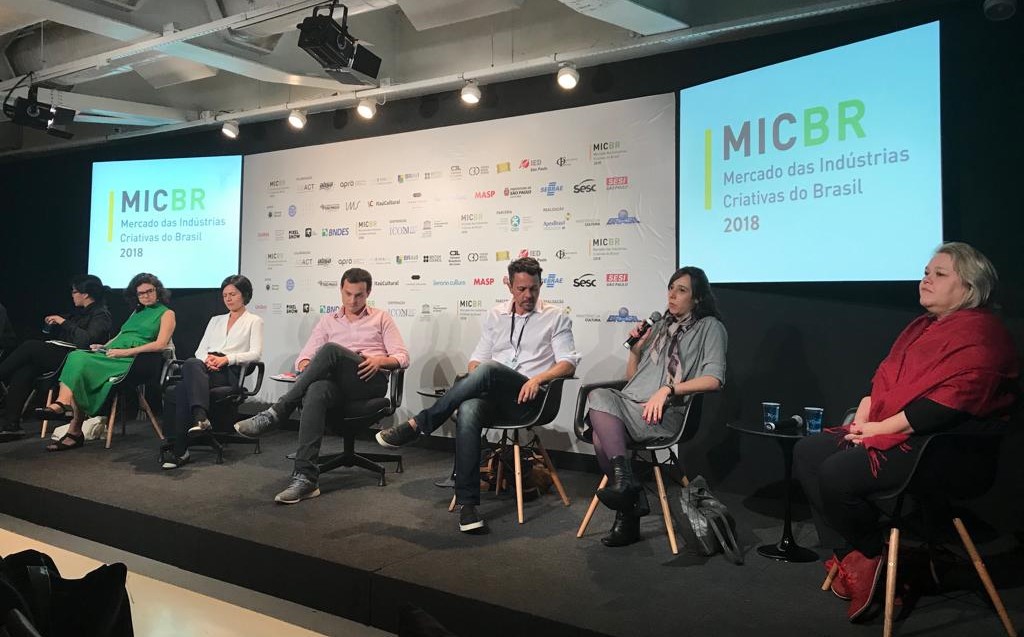 The MicBR (Brazilian Creative Industries Market) takes place from November 5th to 11th at the Cultural Corridor of Paulista Avenue, in São Paulo. The 2018 edition counts on the participation of the Brazilian Publishers – an industry project to promote exports of Brazilian editorial content. It was created through a partnership between the Brazilian Book Chamber (CBL) and the Brazilian Trade and Investment Promotion Agency (Apex-Brasil) at the roundtable “90 minutos com a Apex-Brasil e seus produtos setoriais” (90 minutes with Apex-Brasil and its sectorial products), which takes place next Tuesday (6th), from 2:00 p.m. to 4:00 p.m., at Itaú Cultural.

The creative economy event brings together entrepreneurs from ten segments of the creative economy of Brazil and seven South American countries into a single, integrated, strong, and competitive market. “It is an opportunity to show how the actions promoted by the Brazilian Publishers have been able to generate results in spite of all the challenges facing our market. Through the promotion of Brazilian editorial content and the inclusion of more book professionals in international fairs, business roundtables and networking, we seek to break paradigms and encourage our companies to look for new business models, thinking about the creative economy as a whole”, explained Fernanda Dantas, International Affairs Analyst at the Brazilian Publishers.

Recently, the Brazilian Publishers supported the participation of 27 Brazilian publishing houses and three writers at the Frankfurt Book Fair, which took place from October 10th to 14th. During the event, more than 500 meetings were held that generated US$ 700 thousand in expectation of business closed and estimated for the next 12 months.

In the last years, the Brazilian Publishers has been increasingly working for the internationalization of two Brazilian literary events: the Jabuti Awards and the São Paulo International Book Fair. In 2018, the project promoted the 1st Professional Days during the 25th São Paulo International Book Fair, which counted on the participation of 58 professionals from the publishing market, being 30 invited international publishers and 28 national publishers supported by the project. The meetings generated US$ 735.900 thousand in expectation of business closed and estimated for the next 12 months.

The internationalization project also supported the presence of the Arab Emirate of Sharjah as the guest of honor at the São Paulo International Book Fair of 2018. The Emirate launched more than 40 Arabic books translated into Portuguese during the event and presented all its cultural and literary wealth for the readers who visited the fair.

At its turn, the Jabuti Award started in 2017 the category Brazilian Book Published Abroad, which rewards the foreign publishing houses that have published Brazil in the world.  The finalists of this year’s edition are: Editions Buchet/Chastel, Kafka Kitap, Restless Books, Penguin Books USA, Tilbury House Editores, Anacaona Éditions, and Éditions Sarbacane. To learn more, click here.