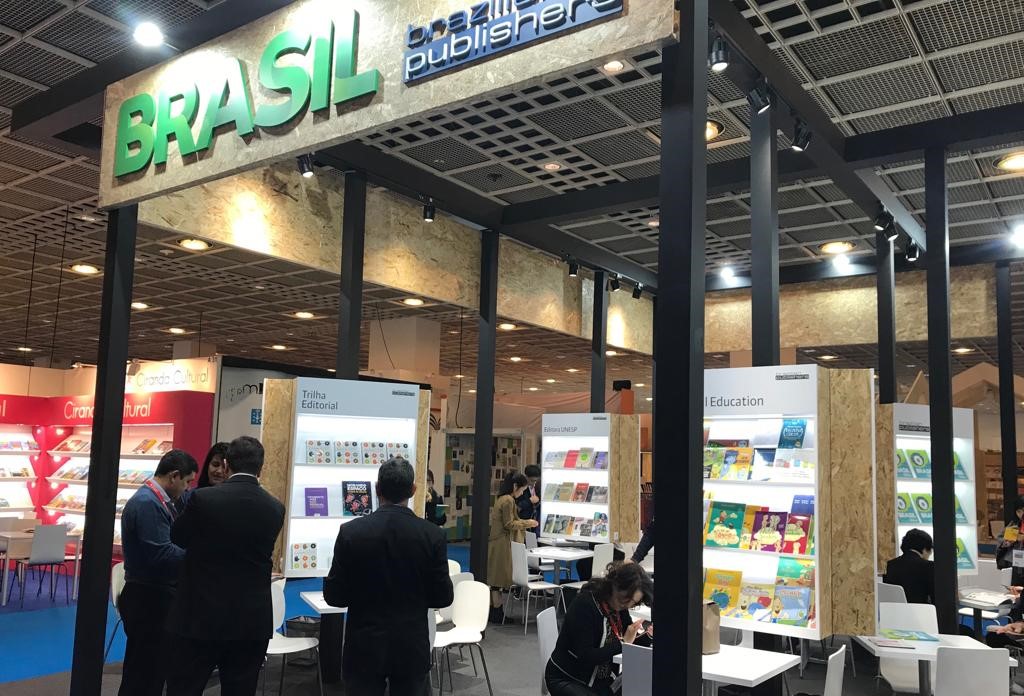 The Frankfurt Book Fair begins this Wednesday (10th) and counts on the participation of 27 Brazilian publishing houses, six of them focused on the Scientific, Technical and Academic genre. The delegation is headed by the Brazilian Publishers, an industry project to promote exports of Brazilian editorial content through a partnership between the Brazilian Book Chamber (CBL) and the Brazilian Trade and Investment Promotion Agency (Apex-Brasil).

Editora Unesp is an editorial branch of the Universidade Estadual Paulista Júlio de Mesquita Filho, one of the largest and most important institutions of higher education in Brazil. Its catalog brings titles such as “Alzheimer: a doença e seus cuidados” (Alzheimer’s disease and its care), by Alessandro Ferrari Jacinto and Marisa Folgato, “Políticas Culturais e Povos Indígenas” (Cultural Policies and Indigenous Peoples), by Manuela Carneiro da Cunha and Pedro de Niemeyer Cesarino, and “Histórias dos Crimes e da Violência no Brasil” (The History of Crimes and Violence in Brazil), by Mary Del Priore and Angélica Müller.

SENAI-SP Editora looks for identifying opportunities that can help to enrich the areas of the publishing industry. The company is taking several titles to Frankfurt, such as “Sistemas Hidráulicos Industriais” (Industrial Hydraulic Systems), by Ilo da Silva Moreira, “Diagnósticos e Regulagens de Motores de Combustão Interna” (Diagnostics and Regulation of Internal Combustion Engines), by Melsi Maran, among others.

Editora Cortez has already launched more than 1,500 titles and has grown to become an academic reference for teachers, alumni and professionals in the fields of Social and Human Sciences – especially in Education, Sociology, Social Work, and Linguistics. The company brings in its catalog works such as “ABC dos Direitos Humanos” (ABC of Human Rights), by Dulce Seabra and Sérgio Maciel, which talks about the Declaration of Human Rights.

EDUSP is part of the University of São Paulo, the best Brazilian public university. Its main objective is to publish works from recognized experts in all areas of research. The titles published are planned to meet the needs of the academic public – students, teachers, and researchers. Its catalog includes works such as, “História Concisa do Brasil” (Concise History of Brazil) by Boris Fausto, “50 anos de Feminismo” (50 years of Feminism) by Eva Alterman Blay and Lúcia Avelar, among other publications.

Boitempo is an independent publisher with publications oriented to critical thinking. With a consistent and widely respected catalog, the company has titles related to humanities and works of fiction, such as “Feminismo e Política” (Feminism and Politics), by Flávia Biroli and Luis Felipe Miguel, “Brasil: Uma Biografia Não Autorizada” (Brazil: An Unauthorized Biography), by Francisco de Oliveira, “Deslocamentos do Feminino” (Displacements of Feminine), by Maria Rita Kehl, among others.

Download the 2018/2019 edition of Brazilian Publishers and learn more about the companies that will be present in Frankfurt.

Besides the participation of the publishing houses, the event also counts on the presence of three Brazilian authors: João Paulo Cuenca, Geovani Martins, and Bianca Santana. Learn more here.