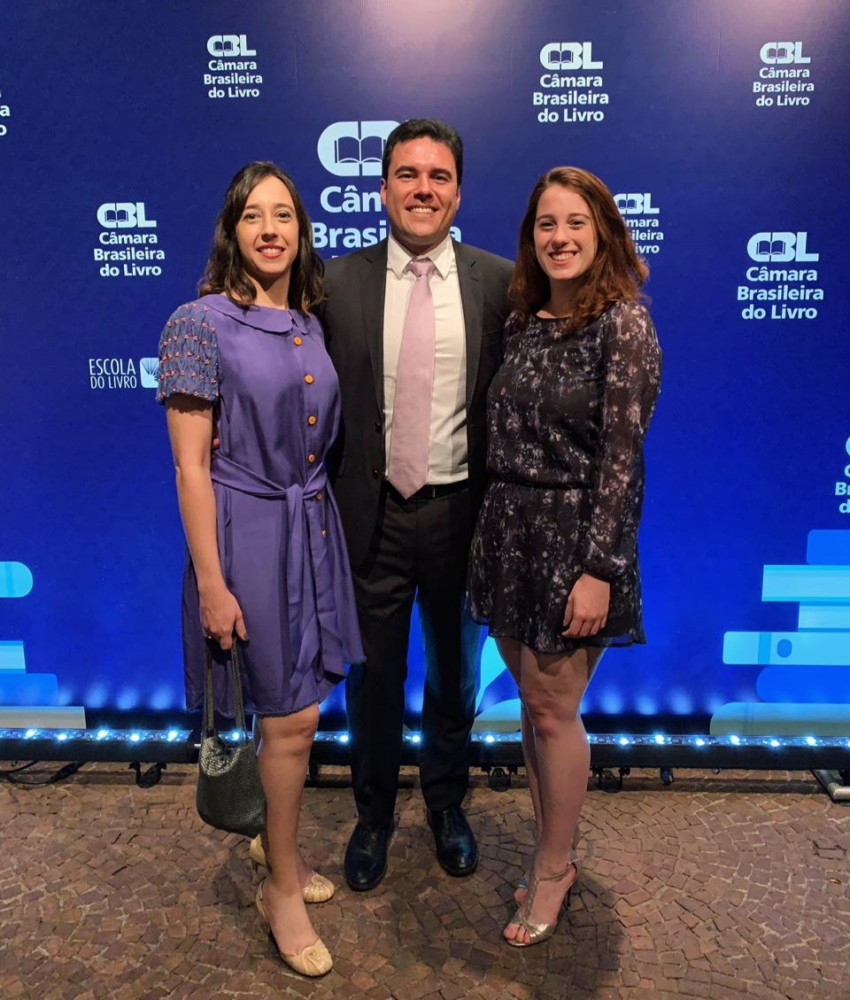 There is a chronicle of the Brazilian writer Carlos Drummond de Andrade that reflects on everything we wish when there is, in fact, a due date to start over. In “Vacina de Ano Novo” (New Year’s Vaccine), the author introduces us a character he met in the mail office line, who sends a letter to himself at the end of each year with the phrase “Calm down, boy.” João Brandão believes that if he does not do it himself, no one will do it for him. “Have you ever noticed that no one wishes calm to anyone at the time of wishing things? We wish people prosperity, peace, love, but all forget to desire calmness to enjoy this all good. I do this as a vaccine”, say João.

The year 2018 was a year renovation for Brazilian Publishers. With the objective of fostering exports of Brazilian editorial content, through a partnership between the Brazilian Book Chamber (CBL) and the Brazilian Trade and Investment Promotion Agency (Apex-Brasil), we carried out a series of efforts over the last 12 months which intensified the approach of the foreign publishing market to the national publishing houses that are part of the project.  So far, we have estimated the value of USD 1.876 million in exports and we feel satisfied in knowing that the total value should be even higher after we calculate the total value of exports in the second half.

We started the year with the participation of 17 publishing houses of the Brazilian Publishers at the Bologna Children’s Book Fair, the most important in the world for the children’s publishing market. The national presence handled USD 400,000 in exports, which surpassed the initial estimate of USD 340,000. Further to two matchmakings with professionals from Latin America and the United Arab Emirates, around 360 meetings were held with publishing houses from different countries.

Then, Brazil was present at the London Book Fair, reaching USD 200,000 in business closed  and prospects for the 12 months following the event. We also had the participation of the writer João Carrascoza as well as a strong Brazilian presence at the Excelence Award. It was an important step not only for our business with the English language market, but also for the country’s insertion in the main trends of the global publishing market and the resumption of Brazil’s presence in this event that is the most important in the publishing market in the first half year.

In Colombia, nine national companies were part of the Brazilian delegation at the Bogotá International Book Fair, which also counted on the presence of the Brazilian authors Daniel Munduruku and Raphael Montes. With the support of Brazilian Publishers, USD 297,000 were generated in business closed and expected for the next 12 months.

Daniel also participated at the Buenos Aires International Book Fair, which received nine Brazilian publishing houses and the writer Julián Fuks. The group handled USD 197,000 in business closed and prospects for the 12 months following the event.

In July, we intensified the dissemination of information on our website and social Medias with the objective of promoting not only the Brazilian publishing market, but also the Country as a generator of Creative Economy content. This work consists of the daily publication of news on the site of Brazilian Publishers, dissemination of the Brazilian Authors Series, with the profile of contemporary national writers and the sending of a newsletter with the main highlights of the content.

The 25th São Paulo Book Fair took place between August 3rd and 12th and had the Arab Emirate of Sharjah as the guest of honor through a work done by Brazilian Publishers since 2016. During the event, were released more than 40 books translated from Arabic into Portuguese and several debates were promoted on the global publishing market with the presence of international professionals of the sector.

The project also organized the 1st Professional Days of the event, which counted on the participation of 58 professionals from the publishing market, being 30 invited international publishers and 28 local publishers supported by the Brazilian Publishers project. The meetings generated USD 735,900 in business closed and estimated for the next 12 months. We approached not only the Arab market and culture, but we also closely presented the potential of the Brazilian literature. It was an honor for all of us to receive them.

In October, we took 27 companies to the Frankfurt International Book Fair and three Brazilian authors: Geovani Martins, Bianca Santana, and João Paulo Cuenca. During the event we released the 2018/2019 edition of the Books and Rights Catalogue presenting the main Brazilian titles available to the international publishing market. More than 500 meetings were held among professionals of the publishing market that generated USD 700,000 in expectation of business closed and estimated for the next 12 months.

Soon after, we were able to meet again our friends in Sharjah. The Sharjah Book Fair took place from October 31st to November 10th and counted on the release of three Brazilian works in Arab: “Brisa na Janela” (Breeze at the Window) (2016), “A Cidade dos Carregadores de Pedras” (The City of Stone Carriers) (2012) and “Na Janela do Trem” (At the Window of the Train) (2013). The rights negotiation occurred during the matchmaking of the Bologna Children’s Book Fair between Cortez and Alhudhuduae Publishing & Translation. In total, the Brazilian delegation generated USD 136,000 in business closed and expectation for the next 12 months in Sharjah.

In the meantime, the publishing market in Brazil was about to meet the winners of the 60th Jabuti Award, including the international publishers finalists of the award in the category “Brazilian Book Published Abroad”: Editions Buchet/Chastel, Kafka Kitap, Restless Books, Penguin Books USA, Tilbury House Editores, Anacaona Éditions, and Éditions Sarbacane. The award is the largest and most expressive recognition of the Brazilian publishing market and counted on the participation of Christopher Richards, publisher at Penguin Books USA.

We closed 2018 with the Brazilian participation at the Guadalajara International Book Fair, which had the presence of 15 Brazilian publishing houses and 12 national authors in the project Destinação Brasil which had the support of the Ministry of Foreign Affairs. The meetings that were held generated USD 450,000 in business closed and expectations for the next 12 months, an increase of USD 52,000 in comparison with last year.

All these positive results are not only a consequence of the efforts and investments of Brazilian Publishers, but also of the talent of all the professionals of the national literary market and of our writers. Together, we created bridges so that the international market has more access to our content and 2018 has shown us that this is already happening.

December 31st is the date scheduled to start over. At the end of a challenging year like this, we want the Brazilian literature to continue reaching foreign readers and we will put our best efforts to achieve this goal. Everyone has a little of Brazil inside, and our words and stories are able to show this. Drummond’s character always wishes calm to himself. As for us, the Brazilian Publishers team, wish a good Brazilian book. After all, the world deserves to read Brazil.

Created in 2008, the Brazilian Publishers is an industry project fostering exports of Brazilian editorial content through a partnership between Brazilian Book Chamber (CBL) and the Brazilian Trade and Investment Promotion Agency (Apex-Brasil ). The purpose of the initiative is promoting the Brazilian publishing sector in the global market in an oriented and articulated manner, contributing to the professionalization of publishing houses.