Brazilian writer, Paulo Scott, is nominated for the International Booker Prize for his work “Phenotypes” 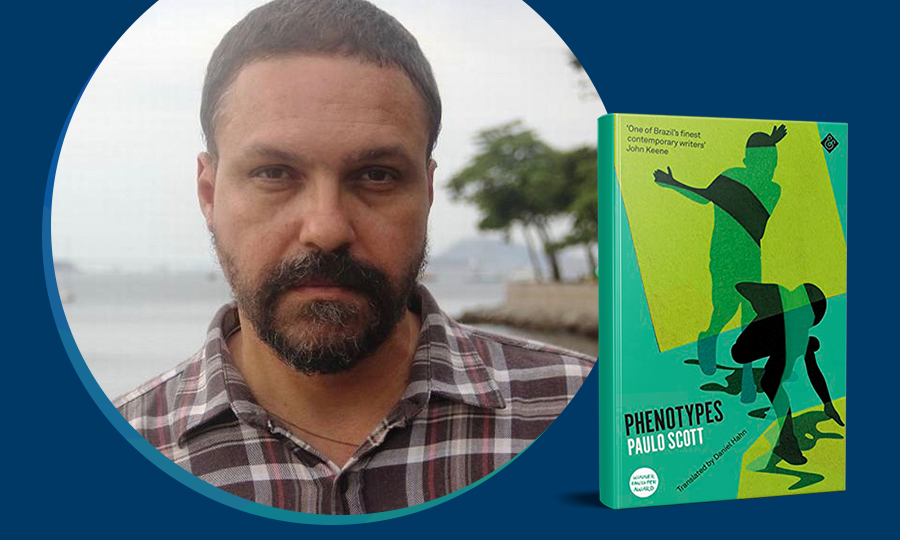 The writer from Rio Grande do Sul, Paulo Scott, was announced, on the 10th of February, as one of the semi-finalists competing for the International Booker Prize, one of the main prizes in the English language. The award aims to honor and give recognition to works translated into English. The author was nominated for his book “Phenotypes”, originally published in Brazil, in 2019, by the Alfaguara label, from Companhia das Letras, publisher participating in Brazilian Publishers — a partnership between the Brazilian Book Chamber (CBL) and the Brazilian Trade and Investment Promotion Agency (ApexBrasil). Paulo competes with 12 more writers, including Jon Fosse, the Israeli David Grossman, winner of the 2017 Booker, and the Polish Olga Tokarczuk, who won the Nobel Prize for Literature in 2018.

Paulo feels very accomplished and pleased with the nomination for the international award: “The impact of the nomination was immediate, the visibility of my work abroad was significantly expanded and Brazil benefits from it. New opportunities for translation and publication have been proposed and are currently being considered by my literary agent in Frankfurt. I think that an award does not interfere with the relevance of any author’s work, but it has the power to provoke this tremendous exposure.”, explains the author.

The title, acclaimed by national critics, was a finalist in the Literary Romance category of the 62nd Jabuti Award and winner of the Açorianos Literature Prize 2020. In addition to the success in Brazil, the work had its copyright purchased by the British publisher And Other Stories and, in January of 2022,  its English version was published, “Phenotypes”, translated by Daniel Hahn.

Previously, the publishing house had already published another Scott title abroad, “Nowhere People” (Habitante Irreal), also translated by Hahn and published in Brazil by Companhia das Letras in 2011. The work was awarded the Petrobras Literary Creation Scholarship in 2010 and also won the Machado de Assis Award from Fundação Biblioteca Nacional in 2012. The international repercussion of both of Paulo’s publications by And Other Stories was positive: the works were very well received and evaluated by the public in England and the USA.

“As with “Nowhere People”, “Phenotypes” is doing well abroad. I think it is, above all, in the case of this second Brazilian author nomination for the Booker Prize, the result of the very serious work of my English publisher, And Other Stories”, quotes Paulo.

“Phenotypes” has racismo and colorism as its central themes and tells the story of the brothers Lourenço, who is black, and Frederico, who has brown skin. Their experiences sometimes approach themselves, and at other times, they move away. It is a narrative about guilt, privilege and the fight against racial inequality. The International Booker Prize jury described the novel as “an intelligent and elegant account of the bigotry lurking in hearts and institutions”. The award’s organization sees the title as one of the few fictional works that assume these themes in the composition of its scenario: “Paulo Scott examines, here, the old racial wounds in Brazil and, in particular, the loss of a black identity independent of history of slavery”, the members quoted.

According to Paulo, the book has the merit of dealing with a taboo subject in Brazil and in America, colorism, a subject that most Brazilians still do not know what it means, although they are victims of its logic. The work uses this theme as a scenario to apply the concepts of identity, return and anger.

“In this sense, I think that foreign readers read my books in a different way than Brazilians, neither better nor worse, they read the complexities of my writing in a different way, perhaps deeper in the sense of understanding the eternity of our tragedy. The fact that the book received a large number of in-depth reviews abroad points in this direction. It is not something commonplace, it is something that gives visibility to Brazilian literature”, points out the writer.

The last Brazilian selected as a semifinalist for the award was the São Paulo-based writer Raduan Nassar, who was included in the list for the 2016 edition. in 2021, the first place went to the French-Senegalese David Diop, for “At Night All Blood is Black”, a novel narrated by a Senegalese soldier fighting for France in the First World War. It was the first time in the history of the awards that a book written in French received the recognition. The author also participated in the 2021 Flip (Paraty International Literary Festival).

Check out the full list of the 2022 semifinalists below:

Violaine Huisman (France), for “The Book of Mother”

David Grossman (Israel), for “More Than I Love My Life”

Jonas Eika (Denmark), for “After the Sun”

Olga Tokarczuk (Poland), for “The Books of Jacob”