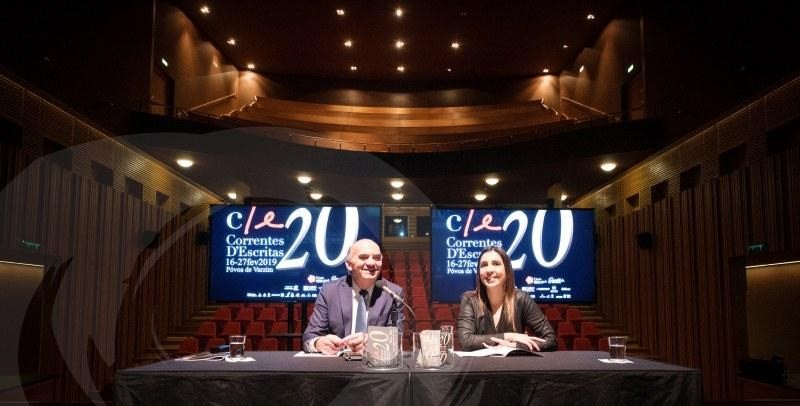 Considered the largest Portuguese literary event, the Festival of Iberian Languages Correntes d’Escritas happens from February 16th to 27th in Póvoa de Varzim. This year the solemnity celebrates its 20 years of existence and has the presence of over 140 writers from 20 countries. Among them, the Brazilian authors Itamar Vieira Junior, Milton Hatoum, Ignacio de Loyola Brandão, and Nélida Piñon.

The festival gathers writers to participate in literary talks, exhibitions and book releases aiming at celebrating Portuguese and Spanish literature. During the festival, Milton Hatoum will participate in the table “Aprendi a viver em pleno vento” (I learned to live in the wind), which happens on the 22nd, at 10:00 am, and will release the book “A Noite da Espera” (The Night of Waiting) (2017) at 7:30 p.m. The work portrays the sentimental, political, and cultural formation of a group of young people in Brasília from the 1960s and 1970s.

Itamar Vieira Júnior will be at the festival launching “Torto Arado” (Plow Crooked) on the 22nd, at 12:30 p.m.. The work brought him the LeYa 2018 Award and tells the story of the sisters Bibiana and Belonísia, who live in an estate that shelters slaves’ descendants, where the abolition of slavery was ended only on a calendar date. Within a tangled plot of secrets under the shadow of inequalities, “Torto Arado” (Plow Crooked) is a life-and-death story, struggle and redemption of characters, who crossed time without being known. To learn more, access.

Itamar Vieira Júnior also participates in the table “Aprendi a viver em pleno vento” (I learned to live in the wind) with Ana Luísa Amaral, Frank Báez, and Jaime Rocha on Wednesday (20th), at 10:00 a.m.; and the panel “Tão nítido e preciso era o vazio” (So clear and precise was the void), at 3:00 p.m. with the writers Frank Báez, Gonçalo M. Tavares, Mbate Pedro, Sergio Ramirez, and Pedro Teixeira Neves.

Ignacio de Loyola Brandão will be there launching the title “Desta terra nada vai sobrar, a não ser o vento que sopra sobre ela” (Out of this land nothing will remain but the wind that blows on it) (2018) on the 22nd, at 5:00 p.m. The book narrative happens in an indeterminate future, where everyone gets electronic anklets at birth and is followed, monitored and supervised by cameras installed in homes, streets, and bathrooms. In this land, plague has become an epidemic and dissolves bodies, “self-euthanasia” has been legalized for old people, schools have been extinguished and no one really governs. The writer also participates in the table “Por que os outros se calam, mas tu não” (Why the others are silent, but not you) with the writers Valter Hugo Mãe and Pilar del Río on Wednesday (20th) at 6:00 p.m.

Nélida Piñon will release the work “Uma furtiva lágrima” (A stealthy tear) on Wednesday (20th), at 5:00 p.m., during a talk with the presence of José Carlos de Vasconcelos. The title gathers thoughts and memories of the author.

Check the complete programming of the event here.