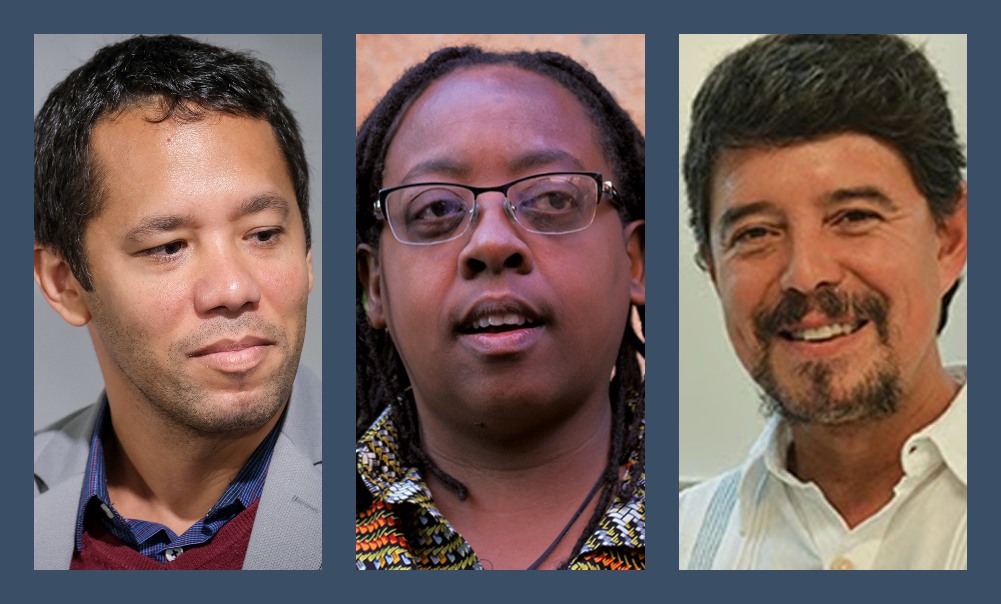 May 5th is the World Portuguese Language Day. The date was endorsed worldwide by UNESCO in 2020. According to Francis Manzoni, coordinator of the Commission for the Promotion of Portuguese Language Content (CPCLP) of the Brazilian Book Chamber (CBL), such endorsement “is a victory of the Community of Portuguese-Speaking Countries (CPLP), together with Instituto Camões (Institute for the Cooperation and Language)”.
CPLP was created in 1996 based on the language and historical ties of its members, and is currently composed of Angola, Brazil, Cape Verde, Guinea-Bissau, Equatorial Guinea, Mozambique, Portugal, Saint Thomas and Prince, and East Timor. To reflect on the meaning and the importance of a language spoken in so many countries worldwide, CPCLP invited some Brazilian celebrities to write about their experiences related to the Portuguese language and about the date chosen for the celebration.

“With such initiative CPCLP tries to be widely known as a space for observation, analysis and reflections on the promotion of the Portuguese language. We think such reflections will make us take one more step forward and bring us some enlightenment and optimism we still have inside us”, says Manzoni.

See the reflections below. 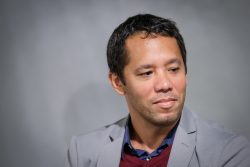 “Communicating is not an exclusive skill of humans, but an intention and activity of all living creatures: from animals to plants, all of them have their own communication codes. Birds sing to express their emotions and needs, while trees use their roots under the ground to communicate with other trees. We, humans, can communicate by many ways: gestures, eyes, movements, breathing, sounds we make, and mainly by our ability of vocalizing sounds in a coordinated and organized way, thus creating and disseminating what we refer to as language.

The Portuguese Language, originated in the Iberian Peninsula, was disseminated across continents by means of violent colonizing processes. Many languages had to die for the Portuguese language to prevail in such foreign lands, and it has been changing over time and gaining words originally from the native languages of the colonized countries. Because the language is alive, accents and rhythms, as well as density and humanity features of each territory, were also added to it. The language changes because every single speaker leaves on it an individual mark, and so, over centuries, the foreign language gradually becomes the mother language. In Portuguese we have learned to express our emotions and give name to our feelings. We have created words for fails and successes, for death and life; we give new meanings to words depending on our needs, and that’s how a language keeps changing itself and the speakers.

Today, there are over 250 million people in four continents who dream, live and express themselves in Portuguese. If such language has expanded our communication skills beyond borders, it happened because our ancestors made of this 800-year-old language their own language. If we have learned how to love in such language, it’s by using it that we renew our hopes of a better future”. 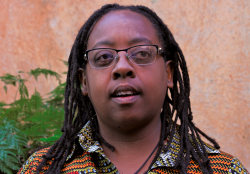 “As a Brazilian writer, I could say that the Portuguese language is the raw material for the creation of literature, but it’s much more than that. The word that nurtures us and allows us to create different worlds and expand the meanings of the existing world is like water: it flows, fertilizes, leads to sprout and bloom. That’s it. I always try to work with words as if they were water. That’s the great meaning of language to me”. 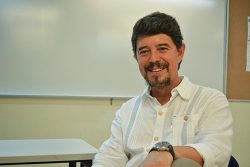 “I was born and lived up to 9 years around Hotel Glória, in Avenida Rio Branco, a small hotel in Santa Maria, a city from Rio Grande do Sul that used to be important in the past because of its train station. Most of the hotel guests would come from trains, but the railway became decadent before I reached adulthood.

The names of the hotel and of its location were those of an important hotel in the capital of the country at that time, Rio de Janeiro, and of the diplomat who became a hero by consolidating the borders of Brazil. It was in that area that my experiences as a Portuguese-speaking child began. My family, people on the black-and-white TV and from my school… everybody spoke Portuguese.

One of my oldest memories, however, is related to when my grandparents used to go to a distant corner of the study or of the sewing room of the hotel to speak discreetly in a foreign language. I knew it was something different, something I didn’t understand and didn’t know what it was, but I knew I shouldn’t ask about it. That language was spoken in public only in some weekends, when we went by car to the colony, approximately 60 km away.

There in Restinga Seca, Várzea do Meio or Agudo, among the siblings of my grandfather and their families, or in the house of my grandmother’s parents, who we used to call Opapa and Omama, that strange language was spoken in a normal tone. It was there that I saw for the first time Opapa talking in German to his hens. That colony was the rural area of regions colonized by Germans or Italians, in the south of Brazil.

Then we would get back to the city and the German language would disappear, and everybody would just start talking in Portuguese only. Those places were two different theater stages on which two different languages were spoken. I could be on one of such stages only.

Italians were known as gringos, but they were the only ones referred to as such. I never saw them speaking their languages, but they probably would do it in their own family circles or colonies, the Quarta Colônia, on the east of the city, in places like Val de Buia, Vale Vêneto, Palmas, Silveira Martins. All I knew about Italians was they had a different accent (the gringo accent), you had to take off your shoes to enter their houses (which had shinny floorboards), and they didn’t have birds in cages because they had eaten them all (or so people used to say).
The hotel staff was composed of uneducated people, and many of them were illiterate and didn’t know how to sign their own names. They used to work in the hotel their whole lives, so we would grow up among them, who would teach us many interesting things.

The day porter was one of such people. He used to drink a lot and his hands were always trembling when he was carrying the guests’ luggage to the taxis parked in front of the hotel. He was the one called to deal with the castellanos, an indistinct word applied to people from Argentina and Uruguay, but not from other Spanish-speaking countries. So, Ivo, the porter, developed a useful portuñol that my grandparents never tried to learn, although they have met many castellanos over the 59 years that hotel was owned by our family.

The castellanos made me curious. There was something after the river, something called Argentina, where people spoke differently – I didn’t know it was a different language.

My curiosity was increased by a doctor who used to live in the last room on the ground floor, and who was always giving me small gifts from Argentina, where her family lived and to where she traveled constantly. Once she gave me a plastic tube full of colorful candies which had a Mickey Mouse head as a cap. After eating all the candies, I started using that tube as my blowpipe. What was that place where people spoke a different language and had candies we didn’t have in Brazil?

That doctor and other adults, who were usually single, used to live in the hotel. One of them was a Jewish old man named Mr. Arão who had many books in his room. I was always watching him from afar. Once Mr. Arão gave a book to my father, and I noticed that on the last page, the one which is usually left in blank, there were some letters different from those I had seen in my children’s books and learned from hearing my mother reading those stories aloud many times. The inscription was composed of three lines, which I used to check occasionally. I tried to copy them sometimes. But I never asked Mr. Arão about them. Maybe I sensed that we shouldn’t ask people about languages.

And there were the bugres, who used to walk along the breakdown lane, usually carrying bags, and looking like tramps or vagrants. My grandfather used to say when we driving on the roads and passed by them: “Look at the bugres…”, but I’ve never heard their language. They were not our guests. To me, their image is related to silence. I didn’t know if they spoke guarani or kaingáng, words that I’ve learned only at the age of 16, when I also learned that bugres meant indigenous people, and only many years later I discovered that using such word to describe them was offensive.

Many decades later, as an executive director of the International Portuguese Language Institute, located in Cape Verde, I organized in Luanda an event about the Portuguese language in international organizations, and there we had several grandiloquent speeches about our language and its promotion, power and future.

In that event, something interesting was said by a gentleman. He said the idea of promoting a language was very intriguing to him. In his opinion, things were simple: “I just speak other people’s language, so these people get to know me and feel more comfortable to learn my language and more interested in me and my world”. That gentleman was Moos Lenga, the main translator of the United Nations office in Nairobi, Kenya. Translators are people who can’t think about one language without thinking about others.

Over the years I’ve learned other languages, but Portuguese was a long and thick thread that guided me and made me think about the lands and stories linked to such language. About the hotel, however, I will never forget, because it taught me that the Portuguese language is not alone, but surrounded by others that wait for us smiling in the corners of our long journey”.