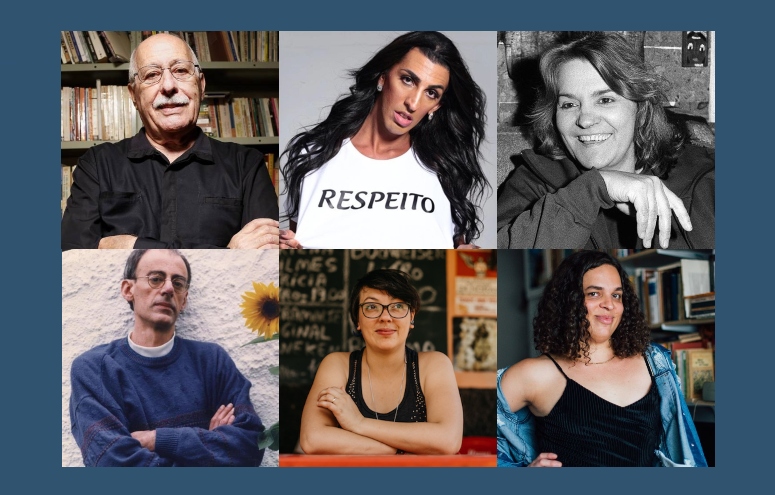 June is the LGBTI+ Pride Month because of an important event that took place in the United States 51 years ago. On June 28th, 1969, in New York, at the Stonewall Inn, a bar which had gays and lesbians as its main customers, a riot started in response to the violence and prejudice the community had to deal with every day. The world has never been the same since then.

The winner of the Jabuti Awards 2016 in the short stories category, “Amora”, by author Natalia Borges Polesso, has been acclaimed. Natalia’s verses about female homosexual relationships address the pleasures and the fears of new experiences in a delicate way.

Resulting from the show hosted by singer Mulher Pepita on her YouTube channel, the book “Cartas pra Pepita” is a collection of the best letters the writer received from her fans, most of them members of the LGBTI+ community. In her replies, Pepita gives love and sex advices and also shares her experiences as a trans woman.

A pioneer Brazilian book about transexuality, “Stella Manhattan” is one of the biggest hits by Silviano Santiago. Written during the AIDS epidemic peak in the 1980s, the book addresses sexuality, identity, conservatism and revolution from the point of view of Stella, a Brazilian trans woman in exile in the United States.

Amara Moira is a trans woman, prostitute, writer and a Doctor’s degree holder. Her book entitled “E Se Eu Fosse Puta” presents the obstacles in her life and also brings a discussion about the place of transsexual women in society. It also addresses the never-ending fight of women against gender roles and social and behavioral rules.

Acclaimed writer Caio Fernando de Abreu was openly gay and never feared talking about it. The book “Onde Andará Dulce Veiga?” was his second novel and used journalism and pop music from the 1980s as a background of the story. The title addresses repressed desire in an oppressive world and how to escape such situation.