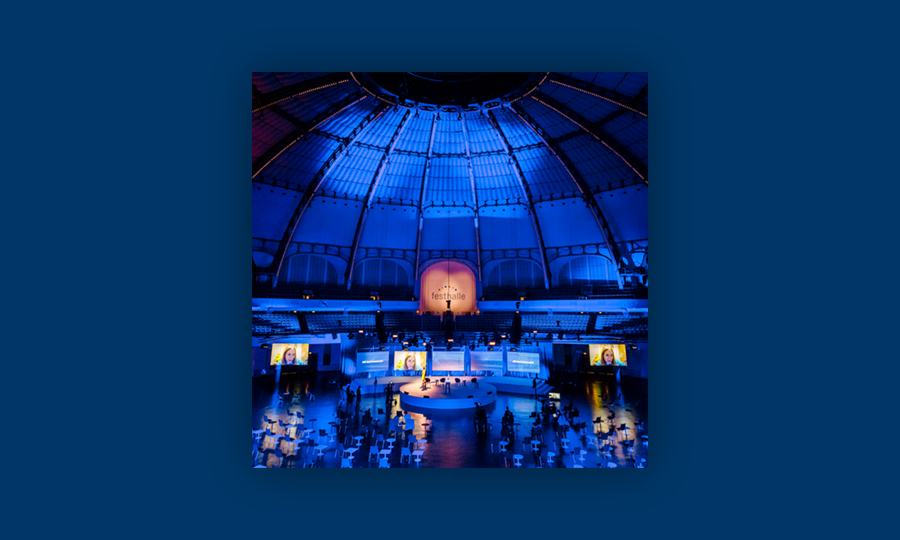 Brazil will be present at the Frankfurt Book Fair, which takes place from October 20th to 24th. Brazilian Publishers — a project for the internationalization of Brazilian editorial content carried out through a partnership between the Brazilian Book Chamber (CBL) and the Brazilian Trade and Investment Promotion Agency (Apex-Brasil) — prepared a series of activities for the event, all virtual.

This year, the traditional Brazilian booth at the fair will be 100% digital. In it, the actions of the Program and the new copyright catalog will be disclosed, which presents Brazilian titles from participating publishing houses of Brazilian Publishers with rights available for the international market, to access it, just click here.

The Program also supports the booths of two other publishers, FTD and Panda Books. “With the virtual format, publishers are able to reach a large number of potential partners”, explains Fernanda Dantas. “And with that, we were able to prove to international audiences that Brazil has a very rich literary production.”

Last week, before the fair officially started, Brazilian Publishers organized a Masterclass presented by Skeelo platform to talk about the distribution strategies of digital books and audiobooks: in this case, how the company reached large audiences with affordable audiobooks tied to telephone operator services.

On the 21st, Thursday, Brazilian Publishers was also at The Hof, a casual networking space organized at the Frankfurt Fair, where publishers can show a little of their country’s culture to potential international partners. In the Brazilian space, the Program promoted a tutorial on how to make the classic Caipirinha, as well as a presentation on the country’s publishing market.

Some authors will be attending the event through GIRABRASIL, a German platform for the internationalization of Brazilian culture. Among the events organized by the publisher, there was an interview with the author Júlio Emílio Braz and the translator Bettina Neumann, in addition to an introduction with Regina Drummond.

Also by GIRABRASIL, the book “Encantados do Brasil” (Brazilian Enchanted) will be released, with the participation of the authors: the writer Cleo Busatto and the illustrator Fê. The book “GLENSE (Guerillha Literária Espontânea Na Sala de Estar)” (SLGLR- Spontaneous Literary Guerilla In the Living Room) also has a presentation by Luzia Costa Becker, Valeska Brinkmann, and Cléssio Moura de Souza.

The book “Rancor! Uma história patologicamente normal” (Grudge! A pathologically ordinary story), by Marco Ratio and Jamile do Carmo, is also part of the schedule of presentations at the GIRABRASIL booth, along with a lecture on illustrations as a form of communication between cultures. The presentation will be given by Elisabeth Teixeira, Luiz Zonzini, Maurenilson Freire, Yana Marull, and Zeka Cintra, all successful illustrators in the Brazilian literary market. There is also a storytelling session in the program, with Deborah Calacia, educator, linguist and writer of children’s and youth books.

A total of 846 publishers from different countries participate in the event virtually. Last year, the fair had more than 400,000 titles being exhibited, and the matchmaking tool guaranteed more than 3,000 matches between publishers around the world.

“There is a total of seven releases this year that we are taking to Frankfurt. There are seven publishers with which we have projects”, explains Britta Mönch-Pingel, editor of GIRABRASIL. “We are really taking advantage of the Fair’s reconnection motto. We want to be present and not leave Brazilian literature unrepresented. We need to take advantage of the opening that the Fair gave during these pandemic times. “

The fair also promotes other activities free of charge, such as Frankfurt Rights, an exclusive panel for networking and copyright negotiations. In addition, the event makes its matchmaking tool available for publishing houses to set up remote meetings with international publishers.

FTD is a Brazilian publishing house created in 1902, which has always belonged to the Marist Brothers. The acronym FTD is a tribute to Frère Théophane Durand, Superior General of the Marist Congregation between 1883 and 1907. During his tenure, he encouraged the Brothers to write textbooks for other subjects. These books became part of the collection, which received the title of FTD Textbook Collection. His attitude gave enormous encouragement to the production of didactic works for all disciplines and left his mark on the professionalization of the Marists as educators and on the expansion of this great work.

Founded in 1999, Panda Books emerged to be an irreverent publisher, with a catalog of books that combined information and fun. Our first releases brought curious addresses of the cities most sought after by travelers, almanacs about the Olympic Games, Formula 1 stories, biographies of sports idols, and the classic collection that has conquered several generations: “Guia dos Curiosos” (Guide for the Curious), which today has ten thematic volumes.

Specialized in the publication of Brazilian authors in the German market, GIRABRASIL is headed by Britta Mönch-Pingel. It was founded in 2014 and originally conceived as a pure publishing platform for Brazilian art and culture. It is a space where small and medium service providers, musicians, and artists can present themselves with all facets of Brazilian diversity.