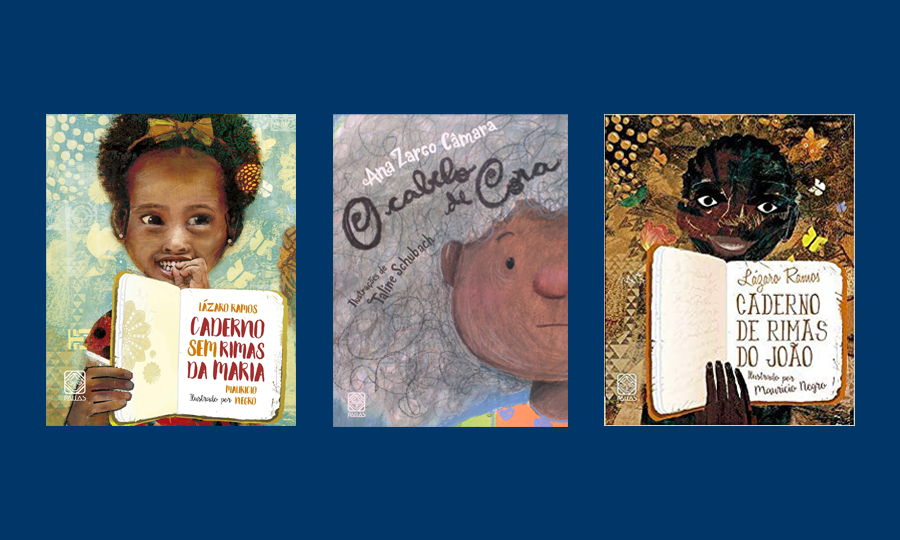 The Pallas Publisher, known for being part of the vanguard of Afro-Brazilian literature, has enjoyed international success. Thanks to the support of the Brazilian Publishers Translation Grant – a partnership between the Brazilian Book Chamber (CBL) and the Brazilian Trade and Investment Promotion Agency (Apex-Brasil) – the publisher managed to bring its publications to the Mozambican market.

The publisher’s works were translated into the Sena, Macua and Changana dialects. Among the books that landed on the shelves of the country by Editora Trinta Zero Nove are “Caderno de rimas do João” (João’s rhymes notebook), written by Lázaro Ramos and illustrated by Maurício Negro, “Caderno sem rimas da Maria” (Maria’s rhymeless notebook) also written by Lázaro, and “O Cabelo de Cora” (Cora’s Hair) by Ana Zarco Camara and illustrated by Taline Schubach.

According to Mariana Warth, the owner of Pallas, it is natural that the publisher is interesting for countries like Mozambique due to its focus on bringing the best of Afro-Brazilian literature. “After a few years, I believe that focusing on the Brazilian reality is not a barrier, but a quality is a recognition of the work we do”, she explains. This is the result of the plurality of voices in national literature, which dialogues with our identity as a country in Latin America and as a country that owes a lot to the African diaspora, she explains.

But Pallas’ achievements went further: the publisher also sold copyrights to Bélleville Éditions, from France, and Elefanta Editorial, from Mexico. With this, French readers can now purchase the book “Nada digo de ti, que em ti não veja”, (I don’t say a thing about you that I don’t see in you), by Eliana Alves Cruz, and Mexicans, with “Becos da Memória” (Memory’s alleys) by Conceição Evaristo, which was also translated and exported to Slovenia.

Mariana also remembers the importance of Brazilian Publishers: “The program has always been very important for our internationalization process,” she says. “From buying and selling to printing abroad. Generated professionalization of the entire publishing team, from commercial, financial and editorial. So, I think this experience is fundamental for all companies. Any company, of any size, can have a path abroad trodden by the quality of its publications”.

Created in 2008, Brazilian Publishers is a sectorial project to encourage exports of Brazilian editorial content, the result of a partnership between the Brazilian Book Chamber (CBL) and the Brazilian Trade and Investment Promotion Agency (Apex-Brasil). The initiative aims to promote the Brazilian publishing sector in the global market in a targeted and articulated manner, contributing to the professionalization of publishers.