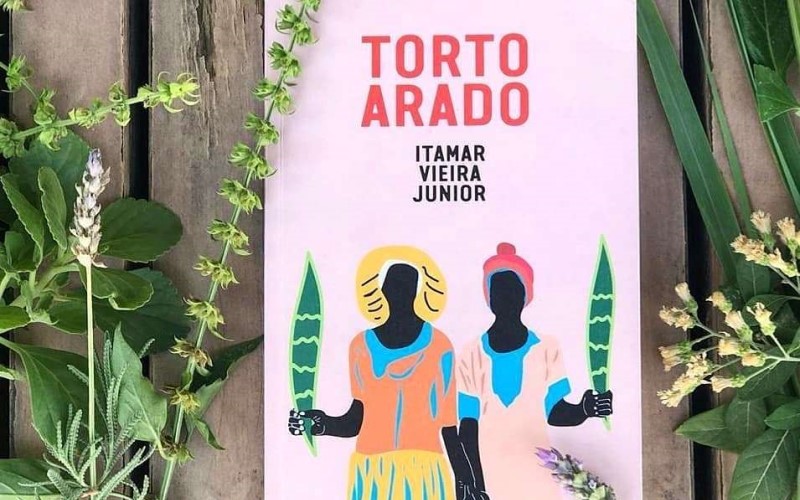 “Torto Arado” (The crooked plow) (Todavia), by Brazilian writer Itamar Vieira Júnior, continues generating good results to the author. The rights to the book that won the LeYa Book Prize 2018 were bought by film production company Paranoid. The story will be adapted for a film feature or TV series, to be produced by Brazilian actor and filmmaker Heitor Dhalia.

“I’ve heard that film director Heitor Dhalia, a partner in Paranoid, was the first interested in buying the rights to the book after he had read the story. That made very happy, because Dhalia is a great filmmaker, very sensitive and talented, and has created successful important movies in Brazil in the past decade”, says the author of “Torto Arado”.

In the novel, sisters Bibiana and Belonísia live in a property where slaves used to live in the past, but for them slavery is nothing more than a mark in the calendar. With an intricate plot full of secrets and under the shadow of inequalities, “Torto Arado” is a story of life and death, struggle and redemption of characters that remained unknown through the ages.

Itamar is excited about the movie and says he is sure Heitor Dhalia will produce a high-quality film. He believes his novel will give rise to a very sensitive movie. “The director is responsible for adapting the book and is completely free to adapt it as he deems fit. He will certainly keep the key elements of the story, those that had aroused his interest as a reader and a filmmaker”, he adds.

“Torto Arado” has been captivating readers worldwide. The book was recently selected for the Portuguese National Reading Plan and included in an online catalog, so that any Portuguese reader can have access to the Brazilian title.

According to the writer selected to be part of such reading program, Portugal has acknowledged before great names of Brazilian literature, such as Jorge Amado and Clarice Lispector, “but just a few of them were young writers”, points out Itamar. Being among the authors chosen for the latest edition of that program, whose list was disclosed in the second semester of 2019, is an honor to the writer from Bahia.