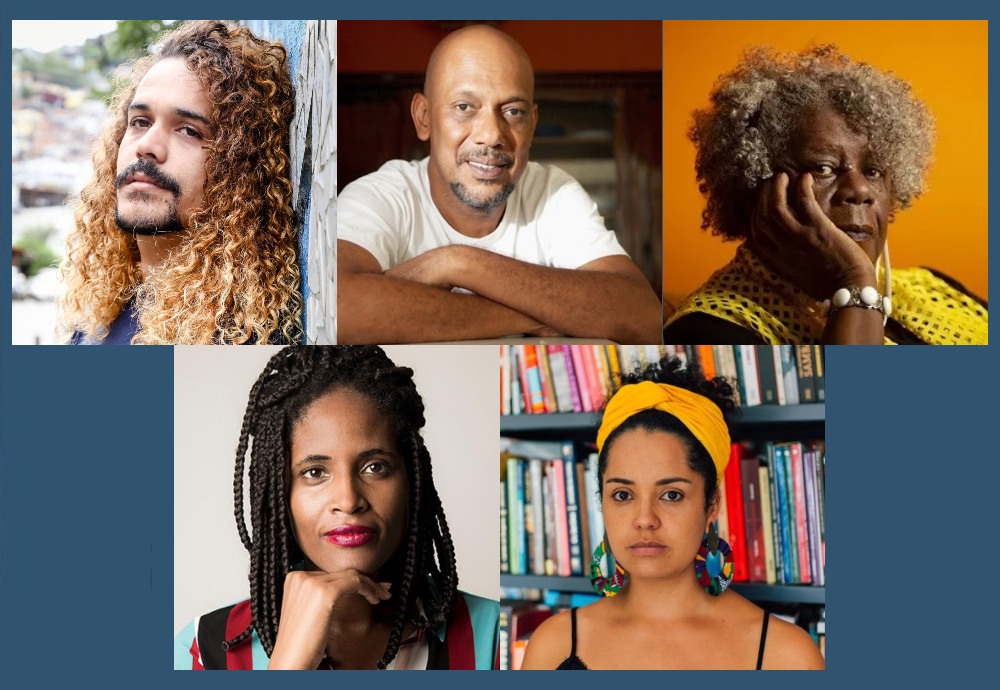 The past few months just emphasized how crucial it is to understand racism, its causes and consequences. The killing of George Floyd, a black man, by a white police officer in the USA gave rise to protests in that country and worldwide, and exposed once again the systemic racism, reminding us of the importance of giving voice to black men and women in all media, including the publishing industry.

In Brazil, several writers addressed such theme in very interesting books, which were published in many different countries. That’s why Brazilian Publishers made a list of five black writers who talked about place of speech and perspectives and had their books translated to foreign languages. Below you will find titles by Djamila Ribeiro, Conceição Evaristo, Geovani Martins, Bianca Santana and Paulo Lins.

Born in the city of Santos, on the coast of São Paulo, Djamila Ribeiro is a philosopher and writer, and her work focuses mainly on black feminism. Known for her online activism, Djamila had four books published so far, two of them were released in France. “Quem tem medo do feminismo negro?” (Chroniques sur Le Féminisme Noir/Who is afraid of black feminism?) and “O que é lugar de fala?” (La Place de La Parole Noire/What is place of speech?) were published in the European country in 2019 by publishing company Les Éditions Anacaona.

Today, “Pequeno manual antirracista” (Anti-racism concise handbook), published in 2019 by Companhia das Letras, is ranked first in the Nielsen Publishnews Nonfiction Bestsellers List in Brazil. The book is divided into 11 short chapters that bring reflections to those interested in being an actor of change and fighting for a more equal society.

Conceição Evaristo is one of the most acclaimed black writers in Brazil. Her books address themes related to racial, gender and class discrimination, and so far she has published novels, poems and short stories.

Her most famous book, “Ponciá Vicêncio” (Ponciá Vicencio) (2003), was published in the United States by Host Publications and in France (L’histoire de Poncia) by Anacaona. “Becos da Memória” (Memory alleys) (2006), on its turn, was released in France under the title Banzo, mémoires de la favela.

Brazilian writer Geovani Martins is only 28 years old but is very experienced. Born and raised in the Rocinha and Barreira do Vasco slums in Rio de Janeiro, Geovani decided to use its writing skills to talk about the childhood and teenage years of people who live in poor neighborhoods. The result was the acclaimed short stories book “O Sol na Cabeça” (The sun on my head) (2018).

Even before its publication, the title was sold to publishers from nine countries, including Farrar, Straus & Giroux (USA), Faber & Faber (United Kingdom), Suhrkamp (Germany) and Mondadori (Italy).

“I am 30 years old, but I’ve been black for 10 years only. Before that, I used to be morena (olive complexion)”. That’s how Bianca Santana, a writer from São Paulo, begins the collection of stories composing the book “Quando Me Descobri Negra” (When I discovered I was black), from 2015. It brings a series of personal experiences Bianca had and those she was told by other black women and black men. In 2018, the title was translated into English and published in Nigeria.

“Quando Me Descobri Negra” was 3rd place in the Illustration category of the Jabuti Awards 2016.

Writer of one of the most famous titles in Brazilian literature, Paulo Lins was acclaimed in 1997 for his book “Cidade de Deus” (City of God). The work, which was adapted for the screens in 2002, shows what it’s like to live in slums, and the protagonist was inspired by Lins himself. In the story, the author tells how the slum where he used to live became a drug dealing area in the 1980s.