“We must face the author”: Flora Thomson-DeVeaux, translator of Machado de Assis’ masterpiece, talks about the challenges of the new adaptation 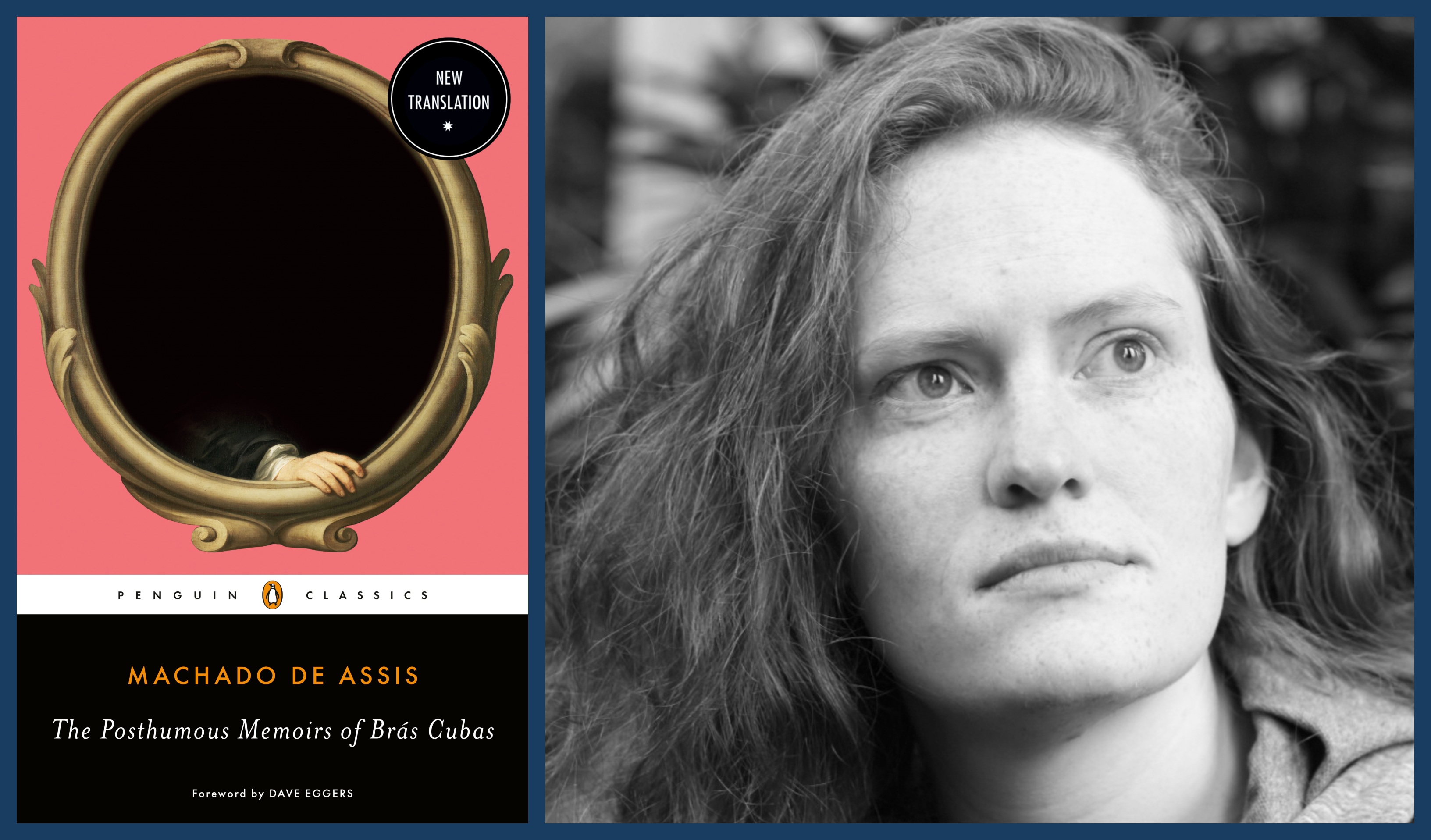 In the past few weeks, “The Posthumous Memoirs of Brás Cubas”, a classic by Brazilian writer Machado de Assis, drawn the attention of English readers. One day after the launch of its new translation, the book was sold out at Amazon US. In less than two months, its 5th edition was released by Penguin Random House. One of the persons involved in such successful project – probably the main responsible for such hit – is Flora Thomson-DeVeaux, the talented translator of the novel.

The American graduated in Portuguese at Princeton University, and it was during her foreign exchange program in Rio de Janeiro, Brazil, that she became aware of the opportunities of pursuing a translation career. On the Internet, she is known for the blog named “Questões Estrangeiras” (Foreign Questions), in which she used to write about her walks through the city and her interactions with local inhabitants and do interesting analyses of Brazilian popular culture in the 1920s – the theme of her academic research.

At the university she also had contact with Machado de Assis’ books and started studying the author in depth. “If you want to study Brazil, you can’t get around reading Machado”, says Flora to the Brazilian Publishers team. When she talks about “Memórias Póstumas”, which was published for the first time in 1881, the translator pours compliments down on the novel: “I found it stunningly modern, hilarious, and surprising. I just couldn’t understand why the author wasn’t more widely known.”

It was also at the university that Thomson-DeVeaux fell in love with translation and read a book by Professor and Critic João Cezar de Castro Rocha, who described Machado’s works as the “poetics of emulation”. So, she decided to explore even more the author’s books, especially the existing translations, and she even corrected some parts of such texts so that they could reflect better Machado’s style. “I was about to start my PhD program, and the experience of translating the book helped me to settle on my dissertation topic, which focused on a new translation of ‘Memórias Póstumas de Brás Cubas’”, explains Flora.

She spent five years working on her project, which included a long process of preparatory research, translation, analysis and revision. Flora reveals that it was not an easy task: “At first glance, Machado’s prose may look placid – there are no obvious neologisms, and he doesn’t use extremely colloquial language, which are things we consider more obviously difficult to translate – but there’s a tremendous ambiguity beneath the surface of those elegant constructions, a series of banana peels he’s placed in the path of readers and translators alike, and which you’ll only realize you’ve slipped on if you’re dissecting the text or translating it.” The translator also comments about the difficulty in translating some social criticisms made by Machado de Assis for the foreign readers, who are not familiar with the History of Brazil – that’s why Flora insisted on releasing an annotated edition, which includes explanations of certain parts of the text.

The American translator admits she is impressed with how fast the book was sold out. In July 15th, the novel came back in stock at Amazon. “I think we were all caught off-guard by the enthusiasm for the book. It’s been great to get comments from all sorts of readers, including Brazilians who decided to read the translation for the endnotes or for the experience of rediscovering the book in English”, Flora says.

The book is available for purchase here.

The story is narrated by deceased Brás Cubas, a man from a wealthy family who decides to write his memoirs directly from the grave. Machado de Assis made the several social criticisms and used irony to expose the privileges of the rich people from his time.

The book is regarded a work that builds the bridge between Brazilian romanticism and realism, and it perfectly combines a refined writing with a touch of humor. Thanks to its many adaptations, including those for the big screen, “Memórias Póstumas de Brás Cubas” captivated a wide range of fans, from Susan Sontag to Woody Allen.

Born in 1839 in Rio de Janeiro, Joaquim Maria Machado de Assis is regarded by many intellectuals as one of the major names in Brazilian literature. Machado wrote 10 novels, 200 short stories, 10 theatrical plays, 5 anthologies of poems and sonnets, and over 600 chronicles. Among his novels, “Quincas Borba” (also known in English as “Philosopher or Dog?”), “Dom Casmurro” and “Helena” stand out.

Machado’s work influenced Brazilian writers like Lima Barreto, Carlos Drummond de Andrade and Olavo Bilac. Besides being acclaimed by critics, the author is mentioned as an inspiration by writers such as Philip Roth.