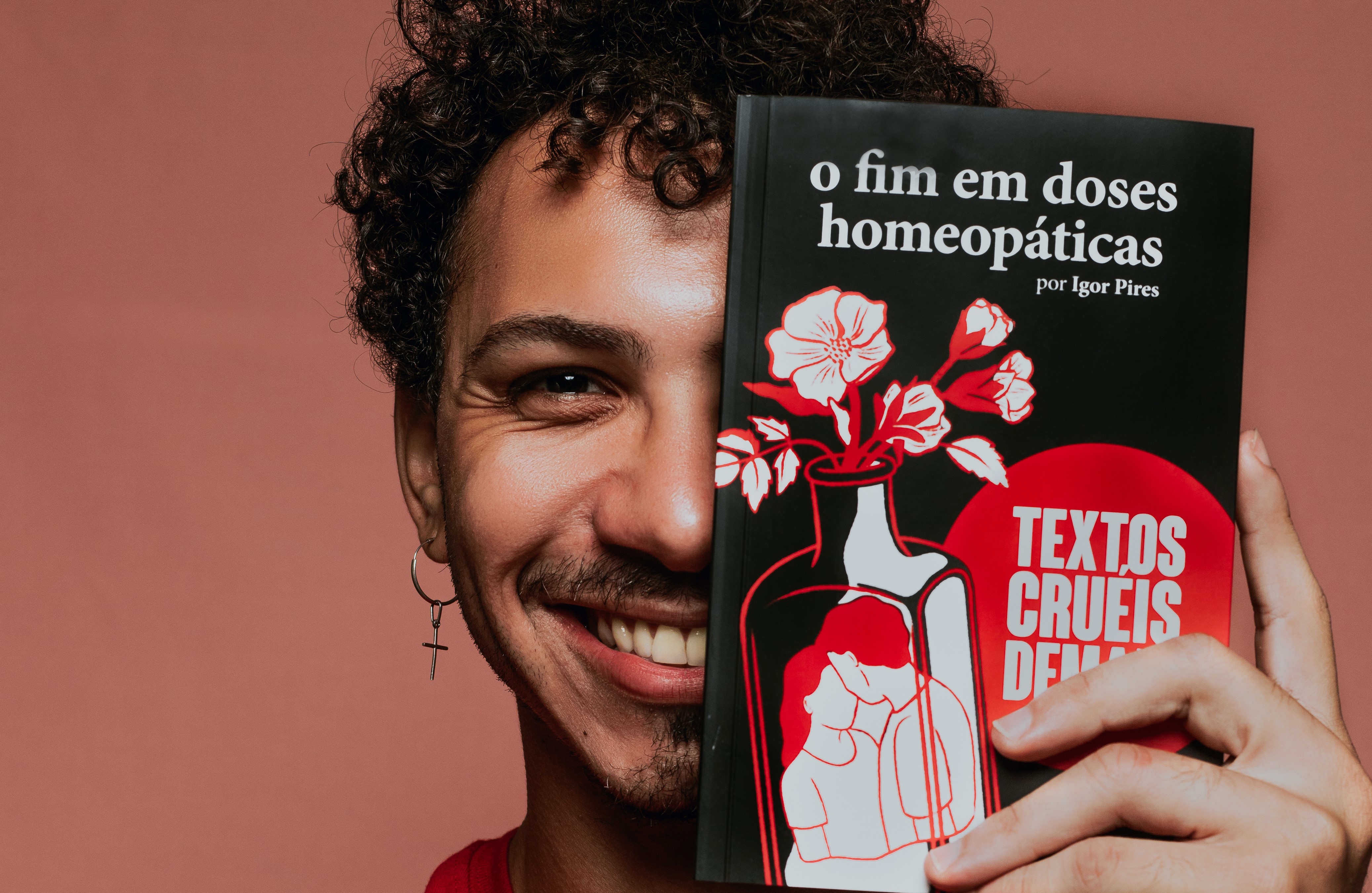 Brazilian poetry captivates youngsters with the help of technology. In times of instant messages and fast-paced life, Instagram has been a powerful ally of authors and readers interested in poetry. The so-called Instapoets are trendy in Brazil, and the sale of 600 thousand copies of volumes 1 and 2 of anthology “Textos cruéis demais para serem lidos rapidamente” (Texts too cruel to be read quickly) just evidences it. The books are collections of poems by young writer Igor Pires, who has been gaining ground by posting texts combined with images on social media.

Publishing company Alt releases this week in Brazil the third volume of such anthology: “Textos cruéis demais – O fim em doses homeopáticas” (Texts too cruel – The end in homeopathic doses). The first two volumes were bestsellers. In February, for instance, the first volume of the series ranked 8th in the Fiction category of the Nielsen Publishnews Bestsellers List. The ranking lists Brazilian writers who are bestsellers in Brazilian bookstores, supermarkets and self-service stores.

A journalism student, Igor had created an account on Instagram named “Textos Cruéis Demais” after a breakup. The 24-year-old then started writing texts and decided to share them on his social media accounts as a way of moving on with his life. To illustrate his poems, he invited his friend Gabriela Barreira, a designer.

The combination of texts and illustrations made them to reach an audience much higher than they had expected, showing that, despite of the fast-paced communications, we still need some time to process and understand the complex human relationships. “To me, it made sense to write long texts in descriptions, just to go against the purpose of the platform, which is a social media focused on images. In the end, I found out that people were interested in our texts, because our reach started increasing, revealing that we could explore such niche, and that people want to read on Instagram too”, says Igor.

In “O fim em doses homeopáticas”, Igor Pires tries to give a new meaning to endings and shows that we still have a whole life ahead of us, even if we feel sad for a while. The third volume of the series is divided into four parts: beginning, middle, end and after the end, in which the author explores sensitively the inevitable end of relationships. The book is illustrated by Anália Moraes (Casa Dobra).

The young writer says he is still discovering himself as a poet. Although his third book has just been released, he is thinking about the future already. He intends to start writing the fourth volume of the series still in 2020.

Igor’s books were a game changer in the segment, since they attracted younger readers, gave rise to other titles and different ways of reading and expanded the concept of literature on the internet. “Readers were missing poetry. We just saw the evolution of the genre in Brazil and in the publishing market worldwide”, points out the writer, referring to what he calls “the Rupi phenomenon”. Igor is talking about Indian writer Rupi Kaur, who lives in Canada, whose first book of short poems, “Milk and Honey”, was released in 2014 then became a bestseller and was published in Brazil in 2017 under the title “Outros jeitos de usar a boca”.

Igor is part of a group of Instapoets who also reached a high number of followers in social media in Brazil. One of such writers is João Doederlein, 22 years old, creator of the “Ressignificados” (New meanings) series and known on the internet as @akapoeta. Ryane Leão can be found on social media in her account “Onde Jazz Meu Coração” (Where my heart lies), in which she posts texts about self-assurance, relationships and female empowerment. Zack Magiezi, on his turn, is a poet with almost 1 million followers on Instagram and so far he had three books published, which together totalize 60,000 copies sold.