“I am a fisherman of the everyday life. I fish events out of my daily routine and make them into literature.” The statement above was made by Ilan Brenman, writer of over 80 books for children and young readers. He already had 40 works translated and published in 17 countries worldwide and he is this week’s interviewee of the Brazilian Authors Series, an initiative of Brazilian Publishers – an industry project fostering the exports of Brazilian editorial content by means of a partnership between the Brazilian Book Chamber (CBL) and the Brazilian Trade and Investment Promotion Agency (Apex-Brasil).

Ilan is the author of bestsellers like “Até as princesas soltam pum” (Even princesses fart) (2008). Published in Brazil by Brinque-Book, the book is a hit both in its homeland, where over 300 thousand copies where sold, and in countries such as France, Germany, Sweden, Denmark, Poland, Italy, Portugal, China, South Korea, Taiwan and especially Spain. The reverberation of the sale of 100 thousand copies in the country was the beginning of his international career, which started in 2008, when he participated for the first time in the Bologna Children’s Book Fair. 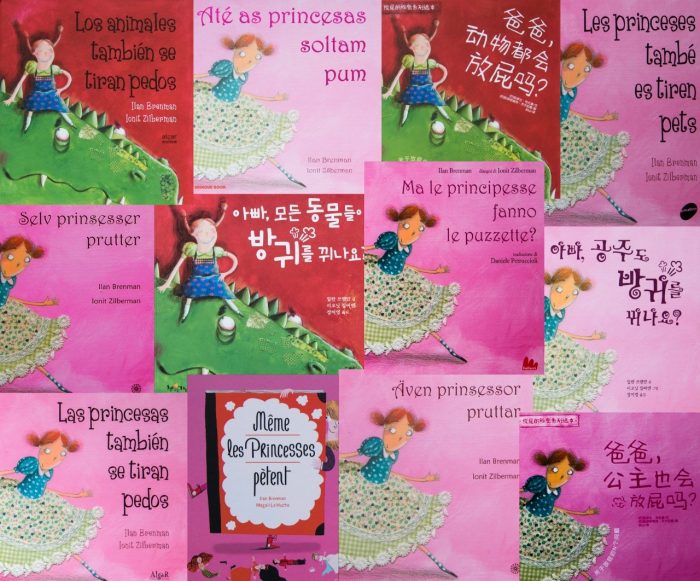 Since then, readers from the European country have been his greatest fans overseas. Ilan’s books have been translated into the five languages spoken in Spain: Valencian, Catalan, Galician, Basque and Spanish. “Até as princesas soltam pum” was also adapted for a musical and performed on Brazilian stages. According to Ilan, the success of the book may be explained by its universal appeal. “I’m interested in ants, not elephants”, he says and adds that addressing everyday life situations and feelings is his way of establishing a connection with children, since any human being is able to relate to such themes. “I talk about my children’s childhood, about my childhood, and I put everything together very intuitively. That’s how I create the stories”, he completes.

He also explains how he explores creativity in different ways. “I like working with collective memory and retellings, too”. “Cavalo de Tróia, a Origem” (Trojan Horse – Origins), published in Brazil in 2019 by Editora Moderna and illustrated by Raul Guridi, is a good example of such writing process. The book, expected to be published in Greece soon, is Ilan’s retelling of the classic story. He had an insight to write his version of the epic when he was visiting an archaeological site during a trip to the Middle East.

“I also have another form of work, which I call ‘pure creation’. It means having an idea and developing such idea, which is going to address who you are, have been or can be in the future”, he explains. Ilan says many of his insights came from conversations with his daughters – the author is a father of two teenage girls.

The book “Refugiados” (Refugees) (2019), published in Brazil by Editora Moderna, is a good example of story developed using the form of work described above. The title talks about the forced migration of families in different places and times over History and it is beautifully illustrated by Guilherme Karsten. “Refugiados” is another book by Brenman expected to be released abroad soon: in Belgium and Italy. 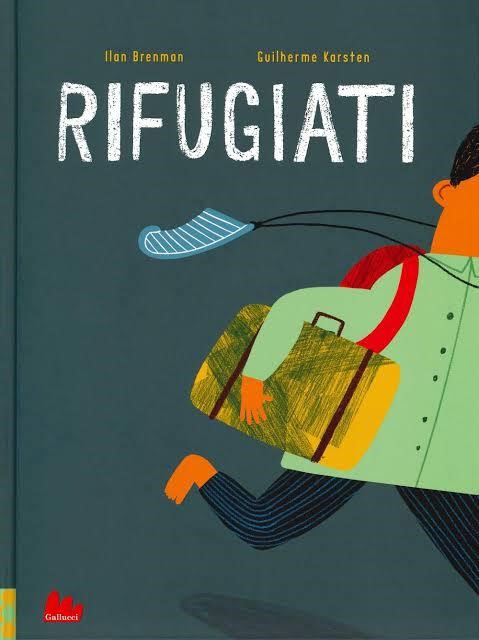 Despite his successful international career, Ilan still wants to make a wish come true: to have a book published in the United States and Israel. The reason why he dreams of having his work translated into Hebrew is sentimental: naturalized as a Brazilian citizen, Ilan was born in Israel and moved to Brazil when he was 6 years old. The writer is son of Argentinian parents and grandson of Polish and Russian grandparents.

With a Bachelor’s Degree in Psychology from the Pontifícia Universidade de São Paulo (PUC-SP), he started working with books in 1992, when he was still an intern in a non-formal education project as a storyteller for kids. Since the author is very interested in that field of study, he also has a Master’s and a Doctoral Degree in Education from the Universidade de São Paulo (USP).

Ilan was the winner of some editions the National Foundation of Books for Children and Young People (FNLIJ) and his works featured the 30 Best Children’s Books of Revista Crescer many times. In 2012, Ilan’s book entitled “O Alvo” (The target), published by Editora Ática, was selected for the White Ravens Catalogue, a German book award for children’s and youth literature.