After the international impact of O Sol Na Cabeça (The Sun on the Head), Geovani Martins participates in the Frankfurt Book Fair 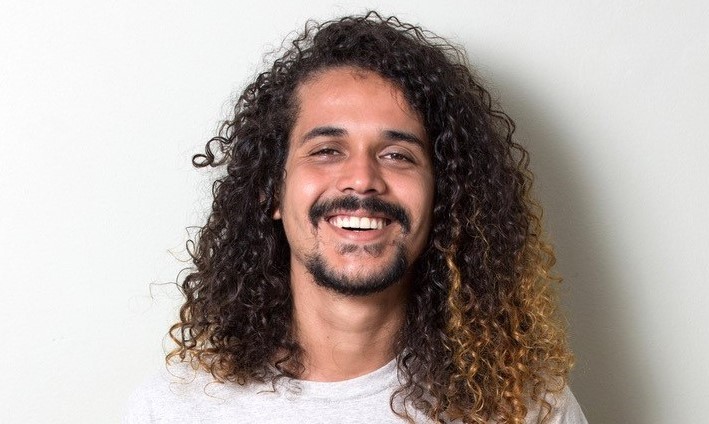 Brazilian writer Geovani Martins launched his first book “O Sol Na Cabeça” (The Sun on the Head) in March 2018 and has already sold its rights to ten countries, including England, Italy, France, Portugal, Spain, the Netherlands, and China. After the great international interest, the author will be present at the next edition of the Frankfurt Book Fair during the roundtable “Los Novíssimos – New Latin American Literature”, which happens on October 11th, from 1:00 to 2:00 p.m. (Frankfurt time) with Ariana Harwicz and Mike Wilson (Argentina), Antonio Ortuño (Mexico), Pilar Quintana (Colombia), and mediation by Corinna Santa Cruz.

In addition to Geovani, the authors João Paulo Cuenca and Bianca Santana will participate in the event through the support of the Brazilian Ministry of Foreign Affairs, the Ministry of Culture, and Brazilian Publishers, an industry project to promote exports of Brazilian editorial content carried out through a partnership between Brazilian Book Chamber (CBL) and  Brazilian Trade and Investment Promotion Agency (Apex-Brasil).

During his first time in Frankfurt, the writer hopes to get to know the Latin American literary market and discuss current publications. “I feel that different narratives arise every day and acquire more and more visibility. I would like to know if this happens in Latin America as a whole. I think there is a new audience forming and this audience hopes to recognize themselves in the stories”, said the author.

“O Sol na Cabeça” (The Sun on the Head) gathers 13 short stories and brings voice to several characters living in a scenario at the margins of society: the slums of Rio de Janeiro. All texts are marked with the rhythm of speech, which mixes the formal aspect of writing and the informal language of the characters, presenting their personalities and the scenario where they live. “From the moment I choose of my characters, I try to make their language an extension of who they are. I have already received some criticism regarding the use of slang in the book, but I believe that all words are possible because our speech record is unusual and every word may be unusual. I really care on how the voice of my characters will sound”, explained Geovani.

Currently, the author is working on the research of his second book, which has no schedule for publication.