International Transgender Day of Visibility: Check out some Brazilian writers who share their experiences in books 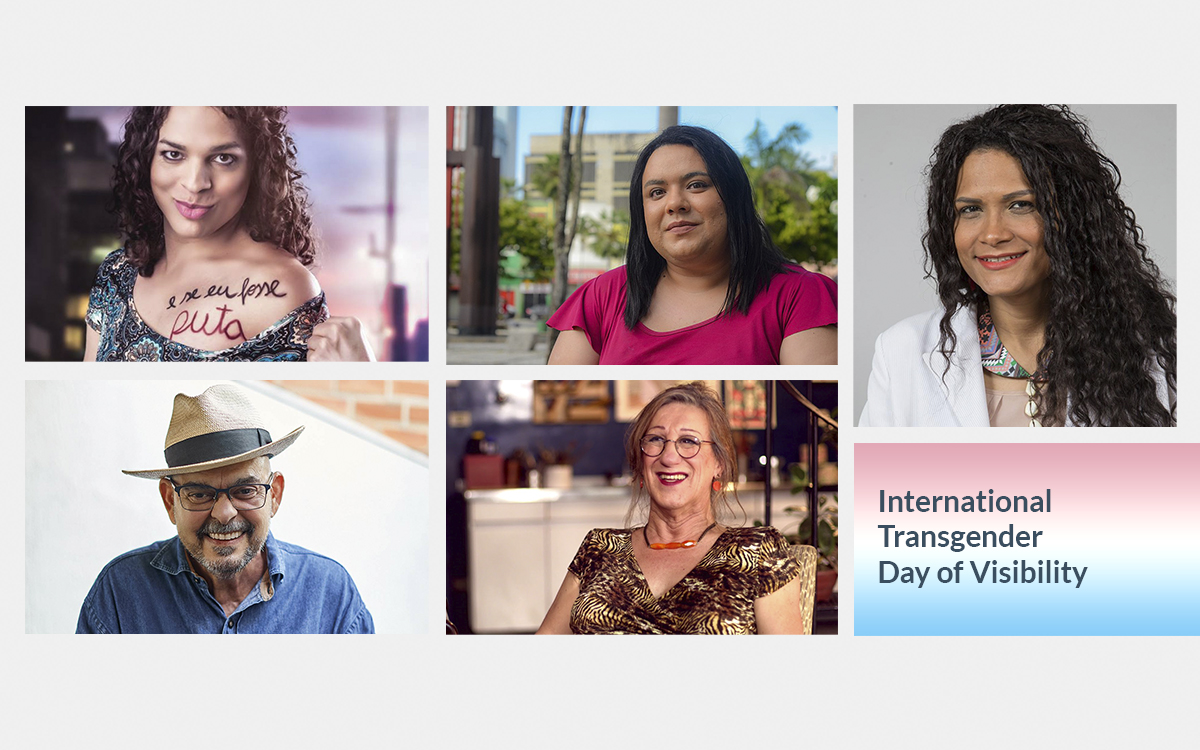 This Tuesday, March 31st, we celebrate the International Transgender Day of Visibility. Whether in comics or non-fiction or in the academic field, transgender people have been taking up Brazilian literature and generating reflections on their identities by means of writing.

“The challenge is how to take advantage of opportunities in publishing companies and also explore other ways. It is also important to address such themes in fiction, in order to go beyond the stereotypes that have been explored already in such themes”, explains the collaborator in the book “Explosão Feminista” (The feminist explosion), organized by Heloísa Buarque de Hollanda and published by Companhia das Letras.

According to Jaqueline, authors who write about being transgender in Brazil succeed mainly in the auto-fiction and chronicle genres. She also mentions the importance of writers such as João Nery, a LGBT rights activist and author of relevant books about the theme, like “Vidas trans: a coragem de existir” (Trans life: dare to exist), published by Astral Cultural, for example.

João was the first male transgender in Brazil, and in his memoirs, published under the title “Velhice transviada: Memórias e reflexões” (Trans aging: recollections and reflections) by Editora Objetiva, the writer tells how difficult is the aging of trans people in our country. The book was released in 2018, the year João died.

The list below includes other three Brazilian transgender writers who are important voices in the national literary production and whose books should be read not only in March 31st, but also at any time of the year:

Amara Moira is one of the outstanding voices of this list. A literature professor and a writer, Amara is the first transgender person with a doctoral dissertation published under a name of choice (social name) by Unicamp, one of the most prestigious universities in Brazil. In “E se eu fosse puta” (If I were a prostitute), released by publishing house Hoo, the 40-year-old author narrates her experiences as a prostitute, her gender transition, her anxieties and fears.

Comic artist Laerte Coutinho has been making Brazilians laugh since the ‘70s with her stories and classic characters such as Piratas do Tietê (Pirates of the Tietê River), Deus (God) and Overman. In 2009, Brazilian readers started following Laerte’s gender transition in the news, and her transition also reflected on her characters: Hugo is now Muriel and the artist’s works have gotten an existential and activist tone. Today, Laerte is a trans person and a strong voice in the LGBTQI+ rights movement. One of her latest successful books is “Storynhas” (Little stories), published by Companhia das Letras, in which the comic artist creates illustrated stories of Brazilian rock singer Rita Lee.

A transfeminist activist and writer, Helena Vieira has been drawing attention in non-fiction. In 2018, the young author was a collaborator in three books: “Explosão Feminista”, “Tem Saída? Ensaios Críticos Sobre o Brasil” (Is there a way out? Critical essays about Brazil) (Zouk) and “História do Movimento LGBT no Brasil” (The History of LGBT Movement in Brazil) (Alameda).

Besides writing about her experiences as a trans woman, in 2017 Helena acted as a consultant to a soap opera from Rede Globo, the most important TV channel in Brazil, thus helping to introduce the gender identity theme to millions of Brazilian viewers of the show.