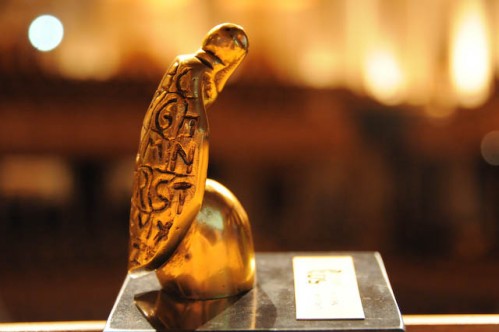 The Brazilian Book Chamber (CBL) announced this Thursday (4th) the finalists of the 60th Jabuti Award. The award, which takes place on November 8th, is the largest in the Brazilian publishing market and includes the best national works in 18 categories. Among them, Brazilian Book Published Abroad, which covers any genres released in first edition abroad of Brazilian born, naturalized or foreign authors who have permanent residency in Brazil. In all, the awards had 1963 works enrolled.

In this category, the finalists are the publishers Editions Buchet /Chastel, with the work “A Maça Envenenada” (A Poison Apple), Kafka Kitap, with “Diário da Queda” (Diary of the Fall), both of Michel Laub; Restless Books, with the work “Fim” (The End) by Fernanda Torres; Penguin Books USA, with “Mão de Cavalo” (Hand of Horse) of Daniel Galera; Tilbury House Publishers, with “O Barco dos Sonhos” (The Boat of Dreams) of the author Rogério Coelho; Anacaona Éditions, with “O livreiro do alemão” (The Bookman of the German) of Otávio Júnior, and Éditions Sarbacane, with “Quando Tudo Começou: Bruna Vieira em quadrinhos” (When Everything Started: Bruna Vieira comic).

In 2017, the big winner of this category was the Penguin Random House UK edition of “Um Copo de Cólera” (A Cup of Rage) by the author Raduan Nassar. In second place, “Enigmas da Primavera” (Enigmas of Spring) published by Dalkey Archive Press publishing house, written by João Almino, and, in third, “O Irmão Alemão” (My German Brother) by Chico Buarque, published by Penguin Random House UK, of the Dutch company Bezige Bij.

The 2018 Jabuti Award honors the Brazilian poet Thiago Mello, who has works translated into more than 30 languages with themes related to social and environmental causes. The winners will be announced on November 8th during the ceremony organized by CBL. In addition to the statuettes, the winners of each category will receive R$ 5 thousand. And, the winner of the Book of the Year will take R$ 100,000. Check the complete list of 2018 finalists here.