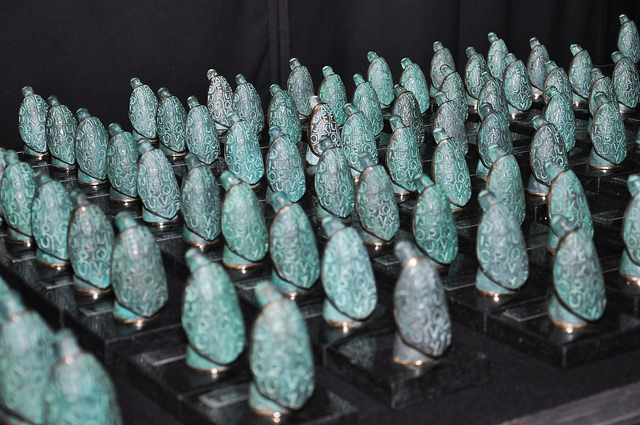 The Jabuti Award was announced as winner of the “Great Contribution” category of HQMIX Trophy, the comic books Oscar, in the 2018 edition. The chairman of the Brazilian Book Chamber (CBL), Luis Antonio Torelli, has already confirmed his presence at the awards ceremony, which will happen on September 16th, as Sesc Pompéia, in São Paulo.

In 2017, the Comic Books obtained an exclusive category in the Jabuti Award, which remains in the current edition, within the Literature Axis. “In the year that Jabuti celebrates its 60th edition, the recognition within an award dedicated to comic books demonstrates we are on the right track. Comics constitute an important literary genre, which is constantly being renewed and growing, and is often the entry to the universe of reading. We are very happy with this trophy and the recognition given by HQMIX”, comments Torelli.

“The Jabuti Award is the major literature award in our country. When it opens this honor for comics, it values an entire area of professionals among publishers, graphic artists, and writers who reach about twenty million readers. The highlight of 2017, remembered by professionals from all over Brazil, for Great Contribution to the comics was deserved and with praise”, comment Jal and Gualberto Costa, creators of the HQMIX Trophy.

Since its creation, the Jabuti Award, the most comprehensive literary award in the country, values all the areas involved in the creation and production of a book. This year, it created the category “Forming New Readers” with the objective of recognizing and giving visibility to actions that encourage reading and, within the process of democratization and inclusion, offered enrollments with more accessible values for independent authors.