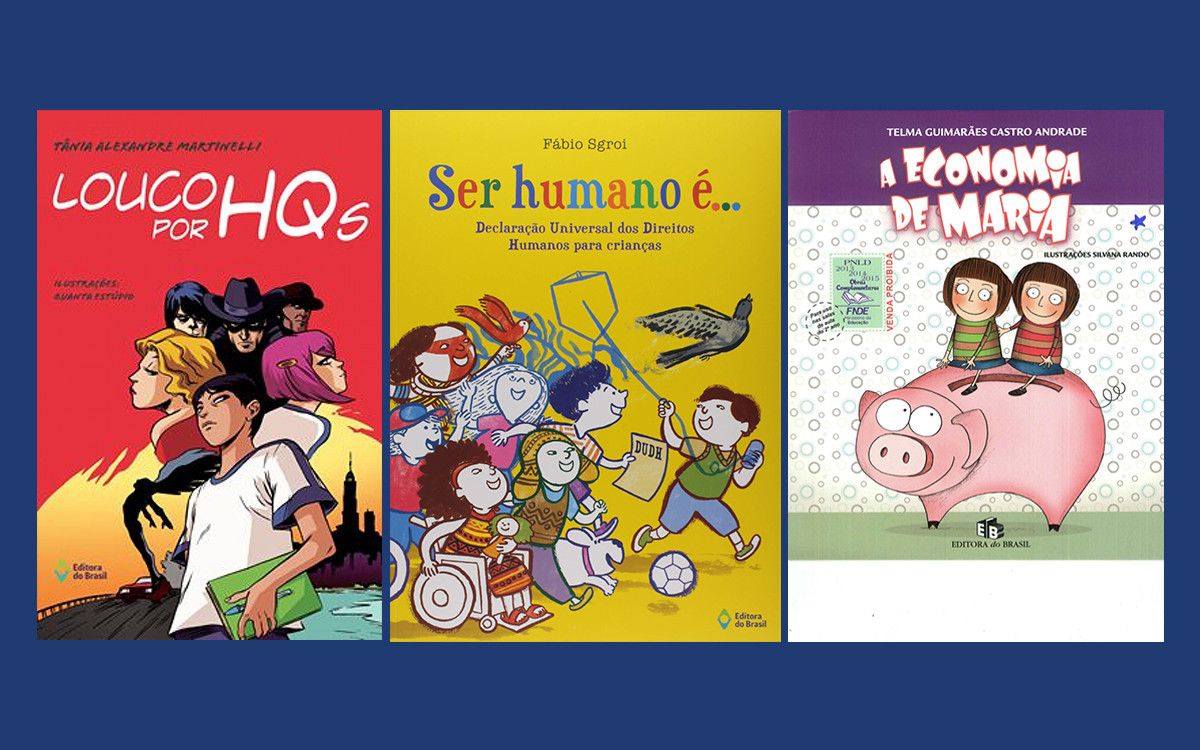 Three Brazilian books will be available for Latin American readers soon. Editora do Brasil, a member of Brazilian Publishers – an industry project fostering the exports of Brazilian editorial content by means of a partnership between the Brazilian Book Chamber (CBL) and the Brazilian Trade and Investment Promotion Agency (Apex-Brasil) – just sold three national titles to Colombian publishing house Panamericana Editorial.

The books soon reaching the stores in Colombia and possibly in countries like Mexico, Panama, Ecuador, Peru and Bolivia, markets where that publisher is present, are: “Louco por HQs” (Crazy about comic books), written by Tânia Alexandre Martinelli; “A Economia de Maria” (Maria’s savings), written by Telma Guimarães Castro Andrade and illustrated by Silvana Rando; and “Ser humano é…” (A human being is…), by writer and illustrator Fábio Sgroi.

Negotiations for the purchase of the rights to the book and for the translation of the Brazilian titles began in April 2019, during the Bogotá International Book Fair. “In one of our meetings I had the chance of showing our entire catalog to Panamericana Editorial, and the publisher got interested in some titles. In the middle of October that year the actual negotiations started”, says Gilsandro Sales, Supervisor of Literature and Supplementary Books of Editora do Brasil.

To Gilsandro, the fact that Panamericana Editorial has branches in several countries in Latin America and also in North America means an expansion of the markets served by Editora do Brasil.

All titles will be translated into Spanish but keep their visual identity and original illustrations. According to Gilsandro, the idea is to have editions developed based on those currently sold in Brazil, including the work of the Brazilian illustrators.

“Louco por HQs”, the book wrote by Tânia Alexandre Martinelli, with illustrations by Quanta Estúdio, brings the story of Caio, a teenage fan of comic books. His passion for this type of books helped him to develop a talent: he starts writing stories. In his search for an artist to transform his text into images, he meets Olívia, a girl who loves mangas and seems a manga character herself. So Caio struggles to understand Olívia and how her perspective of things had impacted his life.

“A Economia de Maria”, wrote by Telma Guimarães Castro Andrade and ilustrated by Silvana Rando, on its turn, is the story of the twin sisters Helena and Maria, who were given lovely money boxes by their godmother. While one of the girls spends all her money and buys all she wants, the other saves her money. The book is amusing and shows that the best way of dealing with money is spending it wisely, thus addressing a very contemporary theme: financial education.

“Ser humano é…” is a book wrote and ilustrated by Fábio Sgroi that shows the readers their duties and rights as citizens and how to transform a cruel reality into a hope of a good life for everybody. It is an adaptation for kids of the Universal Declaration of Human Rights, a document created to assure the fulfillment of such rights.