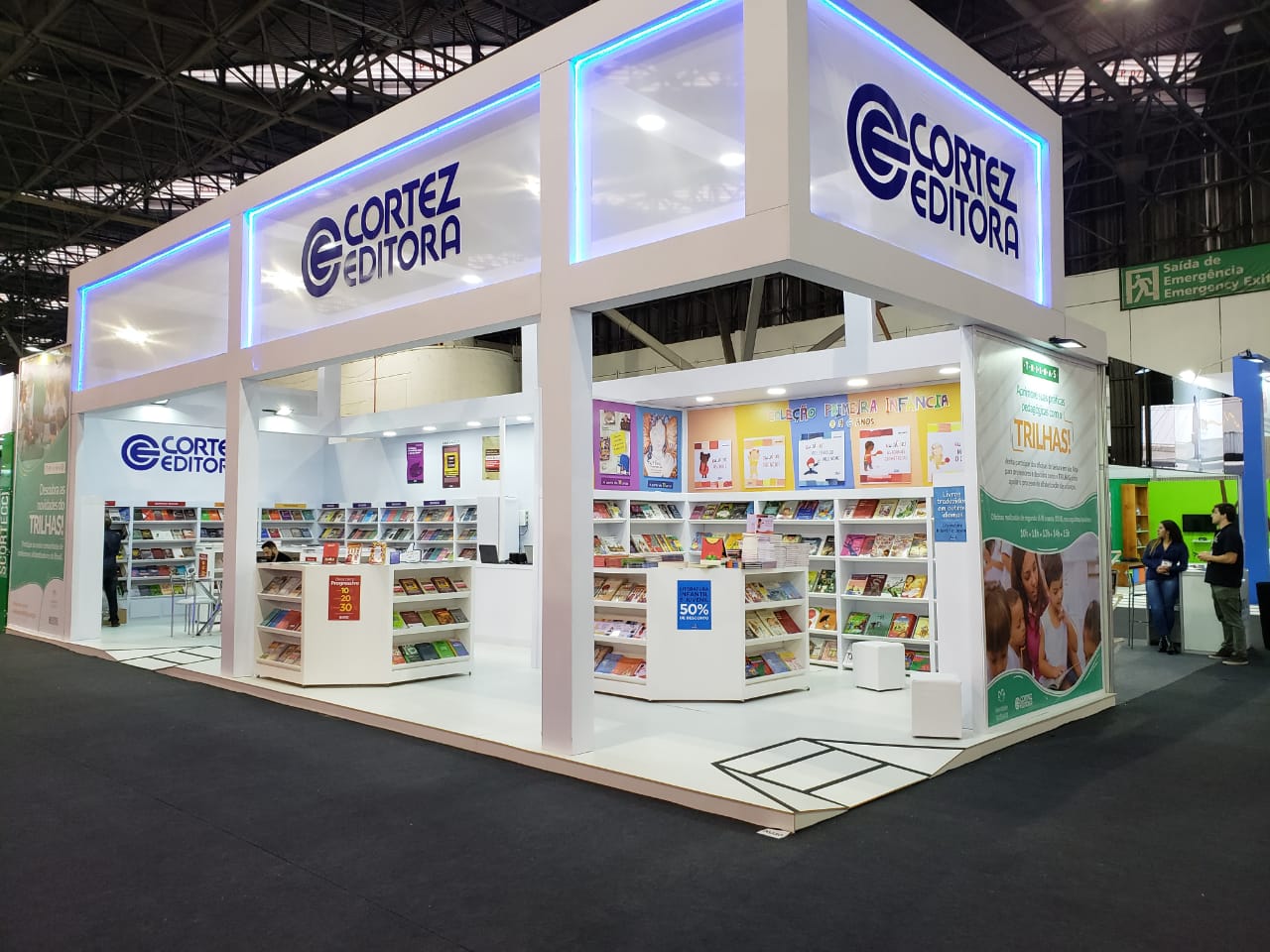 The Sharjah International Book Fair takes place from October 31st to November 10th and counts on the presence of eight Brazilian publishing houses. Among them, Cortez Editora, which has 1500 titles in its active catalogue, and has already published in countries like China, Georgia, Spain, and Portugal, among others. During the last edition of the fair, the company sold the rights of the books “Brisa na Janela” (Brisa at the Window) (2016), “A Cidade dos Carregadores de Pedras” (The City of Stone Carriers) (2012) and “Na Janela do Trem” (At the Window of the Train) (2013). The three works are of the children’s genre and were published in the United Arab Emirates by AlHudhud Publishing & Translation in 2018.

“In 2017, I participated in 30 meetings with Arab publishers to learn more about their editorial production and the results were very good. The Emirates promote a very interesting work of literature promotion and my expectations for this year’s edition are good. It will be two days of hard work, with many meetings and lots of learning”, says Erivan Gomes, international advisor to Cortez Editora, who is present at the event with the support of Brazilian Publishers – an industry project to promote Brazilian editorial content through a partnership between the Brazilian Book Chamber (CBL) and the Brazilian Trade and Investment Promotion Agency (Apex-Brasil).

Written and illustrated by Lúcia Hiratsuka, “Na Janela do Trem” (At the Window of the Train) (2013) addresses the landscapes that transform internally and externally during the adventure of a trip. “Brisa na Janela” (Brisa at the Window) (2016) tells the story of Brisa and her grandfather, who believe that the wind can whisper secrets in our ears. Together, they discover fascinating things through the window of home. The work was produced by the author and illustrator Elma.

“A Cidade do Carregadores de Pedras” (The City of Stone Carriers) (2012) is written by Sandra Branco and presents the character Pedrinho, who always believed that everyone should carry their own stones and that of others. By finding a girl who carried none, the boy begins to wonder about the need to living a life full of guilt and fear, without reflecting on the sad and routine attitudes that we drag for several generations.

Other titles of Cortez Editora are being released in different countries. The children’s “Descobrindo a arqueologia – o que os mortos podem nos contar sobre a vida?” (Discovering Archeology – What the Dead Can Tell Us About Life?) (2014) will be published in China later this year and brings the narrative of a grandfather who is an archaeologist and his two grandchildren. After losing a pet land turtle, the children seek for answers to the event in the stories of ancient peoples and how they handled the mourning of their loved ones. The work was produced by Cecilia Petronilho, Leka, and Luis Pezo Lanfranco.

Produced by Alexandre De Castro Gomes and Cris Alhadeff, “O Livro que Lê Gente” (The Book That Reads People) (2017) was recently released in Spain and tells the story of a book that is placed on the top of a shelf and away from readers. With that, the book ends up making friends with other books and, together, they begin to observe the regulars of the libraries and to unveil their histories.

Of the author Andre Neves, “Mel na Boca” (Honey in the Mouth) (2014) will be released in Portugal at the end of the year and tells the story of Tino, his grandfather and a pet bird. The child does not understand why the grandfather cares so much about the bird and decides to take action. In this relationship, both learn a lot about love and freedom.

The Sharjah International Book Fair is the third largest book fair in the world. The event is carried out for 36 years by His Highness Sheikh Dr. Sultan bin Muhammad Al Qasimi, a member of the Supreme and Ruling Council of Sharjah, the third largest emirate of the United Arab Emirates. Besides, the country was recognized by the United Nations Educational, Scientific and Cultural Organization (UNESCO) as the 2019 World Capital of the book.

Recently the Sharjah Emirate was a guest of honor of the 25th São Paulo International Book Fair and launched 40 Arab works translated into Portuguese. Besides, editors from Sharjah participated in the 1st Professional Days of the Book Fair, which had business meetings among 58 national and international publishing professionals. The matchmaking event has generated US$ 735,900 thousand in expectations of business closed and forecasted for the next 12 months.

To learn more about the Brazilian participation, click here.