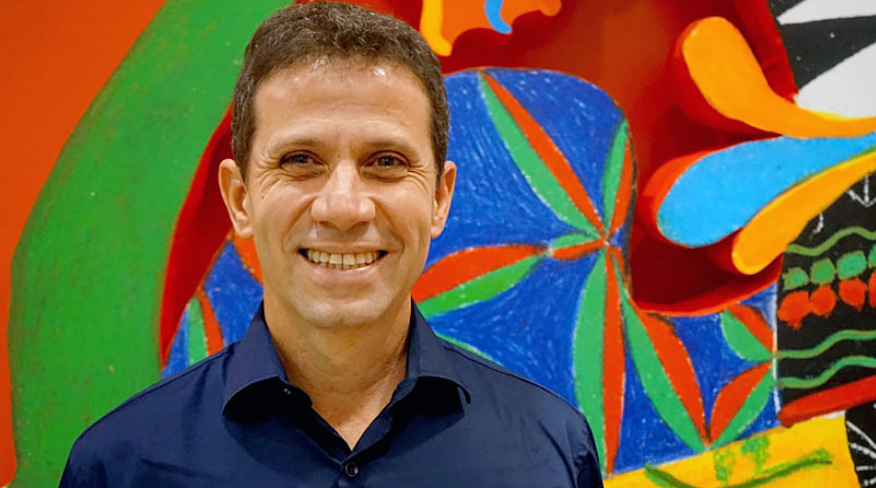 During the Frankfurt Book Fair, writer and illustrator Roger Mello was announced as one of the nominees for the Astrid Lindgren Memorial Award (ALMA). Mello is the only Brazilian in a list of 263 finalists that includes some of the world’s most important creators of books for children and young readers.

Winner, in 2014, of the Hans Christian Andersen Award, deemed as the Nobel Prize for children’s and YA books, Roger Mello has had over 100 books published as an illustrator, 22 of which he also wrote, won 10 Jabuti Awards and some of his titles were released in France, Belgium, Switzerland, China, South Korea, Japan, Sweden, Denmark, Argentina and Mexico.

For his works as an illustrator, writer, playwright and visual producer, Mello won several prizes, including the Adolfo Aizen Special Prize, the Monteiro Lobato Prize, the Adolfo Bloch Prize, and the Grand International Award from the Fondation Espace Enfants (Switzerland). His works were selected twice for the White Ravens Catalogue of the International Youth Library, in Germany, and deemed as “Highly Recommended” by the National Foundation of Books for Children and Young People (FNLIJ) 15 times.

About the Alma Award

Created in 2002 by the Swedish government to honor writer Astrid Lindgren, the purpose of the award is to foster the interest in books for children and young readers worldwide. Every year, over 200 candidates from all parts of the globe are nominated for the award that is given to writers, illustrators, storytellers and reading promoters as a recognition of their highest level of artistic excellence.

The winner of the latest edition of the ALMA Award is Baek Heena, a South Korean illustrator who is the author of 13 illustrated books that are very popular in the entire Asia. So far, only one Brazilian has won the prize: writer Lygia Bojunga, in 2004. The winner of this edition will be announced on April 13th, 2021, during the Bologna Book Fair.