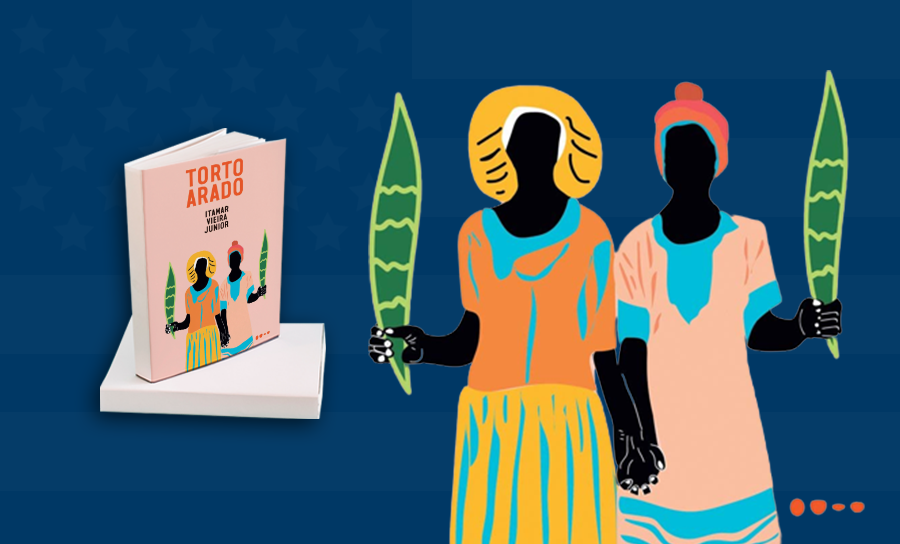 An absolute sales phenomenon in Brazil and across the globe, “Torto Arado”, written by the Brazilian from Bahia, Itamar Vieira Junior, will soon arrive at bookstores in yet another country: the United States. The success, originally released in 2019 by Todavia, house which participates in Brazilian Publishers — a partnership between the Brazilian Book Chamber (CBL) and the Brazilian Trade and Investment Promotion Agency (ApexBrasil)—, had its rights purchased by the American publishing house Verso Books. The American version was translated by Johnny Lorenz and is called “Crooked Plow”. An excerpt of the work is now available in “The White Review”, in London.

Previously, the book had already been translated in several countries around the world, such as Italy, Mexico, Peru, Slovakia, Bulgaria, Croatia, France, Germany, Colombia and, now, also in the USA. Torto Arado is also the champion of the three lists of the best selling Brazilian books in the works of fiction category in 2022, published by Nielsen-Publishnews in 2021. The title continues to repeat the feat in 2022, occupying the first position in the ranking of the most recent list published in April 24th. The book has had nearly 200,000 physical and digital copies sold in Brazil since its release.

The work was also the subject of a roundtable discussion at the 26th São Paulo International Book Fair: the panel “Internationalization of Brazilian Literature: the Case of Torto Arado” had the participation of Leandro Sarmatz, from Todavia; the international relations manager at Brazilian Publishers, Fernanda Dantas; and Ricardo Sanchez Riancho, CEO of the Mexican publisher Textofilia.

The hit also won major literary orizes, such as the Jabuti and the Oceanos Awards, both in 2020. Even before its release in Brazil, the title also won the Leya award in Portugal, in 2018. The work will also be adapted for audiovisual: HBO Max will produce a series about the Brazilian title. The production will be directed by filmmaker Heitor Dhalia and filming will begin in 2023, with no premiere date yet.

The plot of the work is based on the reality of the Brazilian state of Bahia’s hinterlands and tells the trajectory of the characters Bibiana and Belonísia, two sisters who find an ancient and mysterious knife, kept in a suitcase under their grandmother’s bed. An accident happens and their lives are forever intertwined. With melodious prose, the novel tells a story of life and death, combat and redemption, and tackles themes such as slavery and land disputes.