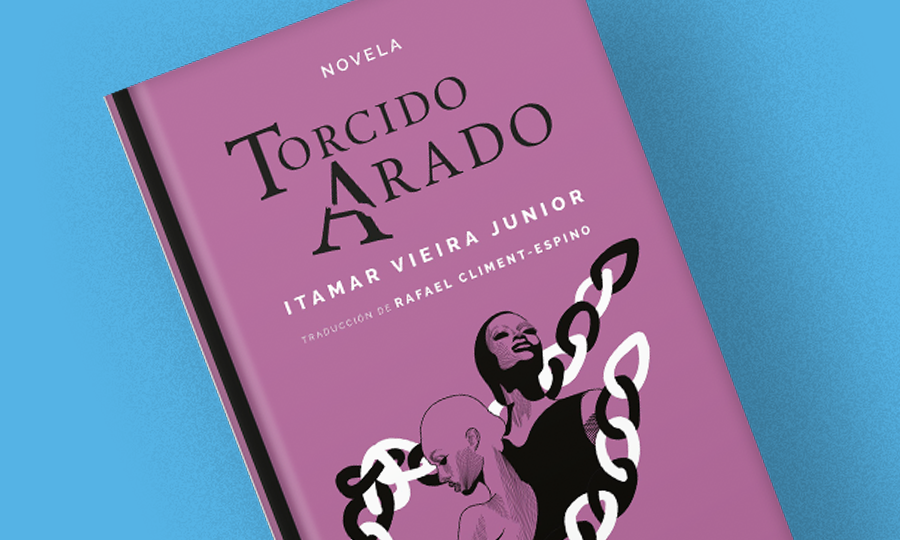 A sales success in Brazil and now in the world, the book “Torto Arado” (Crooked Plough), written by Itamar Vieira Junior, has just made it to the shelves of Mexican bookstores. The launch of the book, published by Textofilia Ediciones, took place on November 29, during the Guadalajara International Book Fair 2021.

Torto Arado has been a sales phenomenon in Brazil, with more than 165,000 physical and digital copies sold since its launch in 2019. Now, the publishers hope that the book will repeat its national success abroad.

“I believe that the success of ‘Torto Arado’ is based on the fact that, in addition to its profound literary beauty and Itamar’s beautiful writing, it is a story that, on the one hand, is moving, and, on the other, strikes the reader by showing the insides of Brazil,” quotes Ricardo Sánchez Riancho, founder and CEO of Textofilia, on the work’s success abroad.

The plot of the work is based on the reality of the Bahia hinterland and tells the story of the characters Bibiana and Belonísia, two sisters who find an old and mysterious knife, kept in a suitcase under their grandmother’s bed. An accident happens and their lives are intertwined forever. With a melodious prose, the novel tells a story of life and death, of combat and redemption.

“Our expectation with its publication is to reach many Hispanic readers and make them aware that there is great contemporary literary talent in Brazil,” adds the CEO, on the expectations regarding the publication of Torto Arado in Mexico.

In addition to “Torto Arado”, the Textofilia catalog also owns the copyrights of other Brazilian works: “Doramar”, also by Itamar Vieira Junior — expected to be published next year in Mexico — “Nihonjin”, by Oscar Nakasato, and works by Jacques Fux. The publisher also plans to release, in 2002, the novel “Amrik”, by Ana Miranda, and “Sorte” (Luck), by Nara Vidal, both Brazilian books.

Regarding the possibility of publishing more Brazilian works with export potential, Ricardo explains: “The idea is to keep the library growing, translating Brazilian writers. Within our Ultramarinos collection, we have a project of showing the diversity of faces that make up Brazil’s complex identity”.