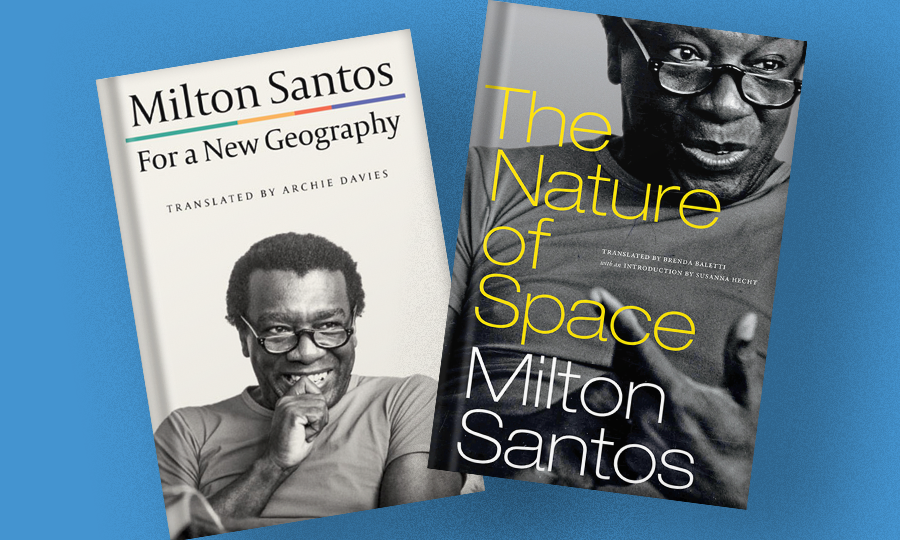 Two Edusp works by Milton Santos, a Brazilian professor and geographer, have just been translated into English and have reached North American bookstores.  The book “A Natureza do Espaço” (The Nature of Space), published by Duke University Press, was translated by Brenda Baletti and has an introduction by Susanna Hecht. The work “Por uma Geografia Nova” (For a New Geography) by the University of Minnesota Press was translated by Archie Davies.

Edusp, the Publishing House of the University of São Paulo (USP), is one of the publishers participating in Brazilian Publishers, an internationalization project for Brazilian publishing content carried out through a partnership between the Brazilian Book Chamber (CBL) and the Brazilian Trade and Investment Promotion Agency (ApexBrasil).

Milton Santos was a great intellectual and one of the most important theoreticians of global space. He is known for his pioneering work in several fields of geography, especially urban development in developing countries. He is considered the father of critical geography in Brazil, holder of a Vautrin Lud Award and an Anísio Teixeira Award.

In “A Natureza do Espaço” (The Nature of Space), published in 1996, Milton addresses large-scale globalization and how local and global orders intersect in the construction of space. Santos offers a theory of human space based on the relationship between time and ontology. He argues that when geographers consider the inseparability of time and space, they can transcend fragmented realities and partial truths without trying to theorize their way around them. Starting from these premises, the geographer examines the role of space, which he defines as inextricably linked systems of objects and systems of actions in social processes, while providing a geographical contribution to the production of a critical social theory.

“Por uma Geografia Nova” (For a New Geography), originally published in 1978, focuses on the history of radical geography and is a key work of critical geography, which consolidated Santos as an important interpreter of geographical thought. Now, the work is published in English and is gaining visibility abroad at a favorable time, when interest in alternative geographical traditions is on the rise.