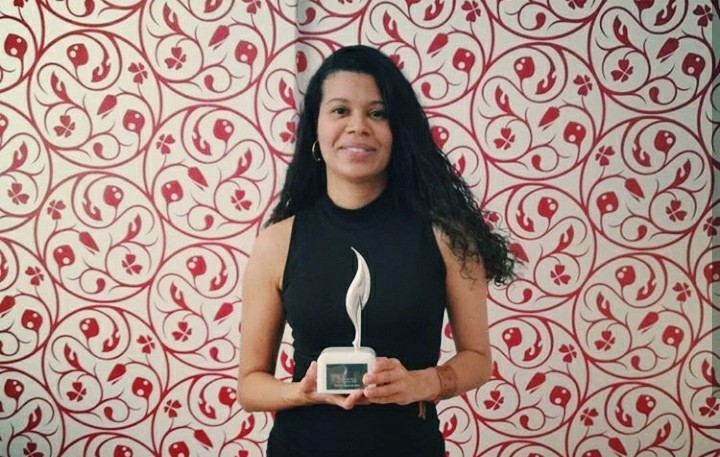 The author Ana Paula Maia won the São Paulo Literature Award 2018 in the category “Best Book of the Year” with the novel “Assim na Terra Como Embaixo da Terra” (So on Earth as Under the Earth) (2017), published by Record publishing house. Besides the statuette, Ana received the bonus of R$ 200 thousand. The work was published in Argentina by the Eterna Cadencia publishing house.

“I was very happy with the result. ‘Assim na Terra Como Embaixo da Terra’ (So on Earth as Under the Earth) is my sixth book and this award reflects my previous works, which are also being represented by it”, said the author. The narrative of the work happens in an isolated penal colony, located on a plot with a history of murder and torture of slaves. The space was built to be a model of detention in which no prisoner could escape, but ends up becoming a field of extermination.

“Two great inspirations were films of the Western genre and my previous book “De Gados e Homens” (Of Cattle and Men) (2013), which tells about the confinement of both animals and people. ‘Assim na Terra como Embaixo da Terra’ (So on Earth as Under the Earth) tells about the reflexes of the prison system. It is a subject I am very interested in and I have wanted to write for a long time”, she explained.

Besides Ana Paula, two other authors were contemplated. Aline Bei won the award in the category “Beginner author with up to 40 years of age” for the work “O Peso do Pássaro Morto” (The Weight of the Dead Bird). At her turn, Cristina Judar won with the publication “Oito dos Sete” (Eight of the Seven), in the category “Beginner author above 40 years of age”.

Organized by the Government of the State of São Paulo, the contest annually selects the best books of fiction, in the novel genre, written in Portuguese and originally edited and published in Brazil.