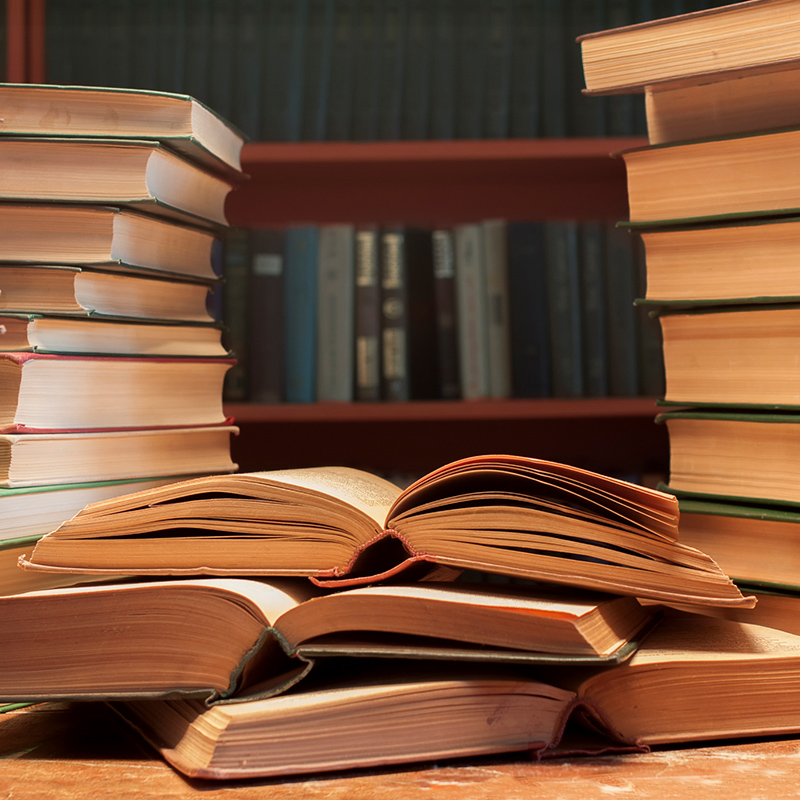 While many revel in Brazilian cultural complexity through its wealth of musical genres, South America’s biggest country also has some of the richest literatures of the region. Brazilian authors have produced some of the world’s most prized books, explaining history, culture and society in Brazil with the help of eloquent, poetic language.

Many of the greatest works feature complex, earnest characters, who often undertake courageous journeys, revealing ground-breaking concepts and phenomena along the way. Brazil’s literary heritage is undoubtedly influenced by the lives of its most influential figures, too – many of whom had unusual trajectories themselves.

Here are the 15 books by Brazilian authors that are worth every second of your time.

The Posthumous Memoirs of Brás Cubas, Machado de Assis (1881)
Born epileptic and to a working-class family in Rio de Janeiro, Machado do Assis taught himself to read and write and became one of Brazil’s most prized and prolific authors. In this work, Assis makes use of surrealism to narrate a series of mistakes and failed romances belonging to the story’s protagonist. The concept itself was revolutionary at the time, differing from the contemporary realist novels by his cultural counterparts: the main character, Brás Cubas, is telling his story from beyond the grave.

Dom Casmurro, Machado de Assis (1899)
Assis’s works are radical and influential enough to make him the only author to make his way on to this list twice. In Dom Casmurro, Assis tackles ideas about adultery through the story of a betrayed husband. Capitu, the narrator’s wife, supposedly cheats on her husband with his best friend, and gives birth to a son. Although the protagonist doesn’t believe that the child is his, he also seems to lack any factual evidence of betrayal. Assis said that readers should be able to figure out the truth from the story itself, which has been subject to plenty of heated debates since publication.

The Slum, Aluísio Azevedo (1890)
Originally a journalist, Azevedo drew inspiration from real people for his characters. But he later abandoned this tradition for literary realism, following the influences of Eça de Queirós and Émile Zola. In The Slum, Azevedo narrates the life of Portuguese immigrants, former slaves, and mixed-race people living in the same community. Key to understanding 19th century Brazil, this book shows how characters and behaviours were influenced by their environment, race, and social position.

Macunaíma, Mario de Andrade (1928)
Andrade’s works started getting published in newspapers and magazines pretty early on in his life, and was one of the pioneers of modernist literature in Brazil. Macunaíma is Andrade’s work of magical realism, using regional dialects and telling the story of a protagonist born in the Brazilian jungle who can shapeshift. In his journey from São Paulo and back again, Andrade transports readers through the extremes of Brazilian society. Although Andrade was prolific, Macunaíma is notable for its extensive background research on Brazilian linguistics, culture, and indigenous folklore.

O Quinze, Rachel de Queiroz (1930)
Queiroz was only 20 years old when she published O Quinze, telling the story of 1915’s great drought in the Northeast of Brazil. Born in the northeastern city of Fortaleza, Queiroz was well placed to tell the story of her protagonist, Chico Bento, and his family’s journey to the Amazon. O Quinze turned out to be just one of Queiroz’s many works. She won recognition for multiple newspaper chronicles, novels, and short stories. In 1964, Queiroz represented Brazil at the United Nations and became the first women to enter the Brazilian Academy of Letters.

Captains of the Sands, Jorge Amado (1937)
Amado is one of Brazil’s most famous and most translated authors of all time. In the year of its publishing, Captain of the Sands caused a controversy, and more than 800 copies were burned in a square in Brazil’s capital. However, Amado’s revolutionary depiction of Salvador’s street children endured the test of time. In the gang of 100 street children, Amado shows the leaders, teachers, dreamers and lovers and integrates elements of Afro-Brazilian culture, including Candomblé and capoeira.

Time and the Wind, Erico Verissimo (1951)
Verissimo’s epic masterpiece comes in three parts, recounting two centuries of Brazilian history. The trilogy – split into The Continent, The Portrait, and The Arquipelago, Verissimo tells the story of how Brazil’s southernmost state, Rio Grande do Sul, was formed. Beginning in 1745, Verissimo’s epic traces the South’s relationships with oligarchy, internal wars and border conflicts all the way to 1945.

The Passion According To G.H., Clarice Lispector (1964)
Clarice Lispector is another of Brazil’s most prominent literary names. Born in Ukraine, a naturalized Brazilian and a self-declared pernambucana, Lispector’s books and journalistic works are renowned throughout the world. In The Passion According To G.H., Lispector presents a monologue from a protagonist who suffers a personal crisis after killing a cockroach in her wardrobe.

City of God, Paulo Lins (1997)
One of Brazil’s most famous films, City of God actually drew its inspiration from a book. In his most famous work, Lins depicts his hometown favela’s transformation through the years. The main character is a spin-off of Lins himself, telling the reader how his favela became the center of the full-blown drug cartel violence in the 1980s. Lins spent 8 years collecting material for his book, working as a research assistant in an anthropological study about crime in the favelas.

I’d receive the worst news from your beautiful lips, Marçal Aquino (2005)
Journalist and screenwriter Marçal Aquino, who writes with the cinema in mind, grew up in the interior of São Paulo to become one of Brazil’s modern literary greats. In his 2005 work, Aquino creates a gritty suspense in the depiction of a deadly affair between a photographer, Cauby, and his lover Lavínia. This particular work was so popular that it was adapted for television and translated into Spanish.

1808, Laurentino Gomes (2007)
Writer and journalist Gomes thrilled Brazilian readers with his comical portrayal of history, earning him the Jabuti awards for Novel-Reportage as well as the Non-Fiction Book of the Year. In 1808, Queen Maria of Portugal and her cowardly son João flee to Brazil after Napoleon sends his army to Lisbon. As a result, Brazil became a state, at last.

Pornopopeia, Reinaldo Moraes (2009)
Prolific novelist and screenwriter Moraes tells the fast-paced story of a struggling cinematographer in the Brazilian take on Trainspotting. Pornopopeia sees its main character, who normally pays his bills by filming commercials for obscure brands, accept a job to make a commercial for a sausage company. However, his involvement spirals and he ends up caught up in sex and drugs ring, participating in the murder of a drug dealer and joining a beach town beatnik movement.

The Dribble, Sérgio Rodrigues (2013)
Winner of the Portugal Telecom Grand Prize, Brazilian journalist and author Rodrigues elevates the talents of soccer legends Didi, Zidane, and Falcão to the prose of Vladimir Nabokov. In his narrative, Rodrigues’s world-weary sports commentator tries to heal his relationship with his son, revealing a dark family secret along the way.

Symphony in White, Adriana Lisboa (2001)
A lyrical tale of two sisters, Symphony in White depicts a childhood in rural Brazil and a coming-of-age in Rio de Janeiro. Alternating between the two sisters, Lisboa reveals a picturesque childhood obscuring life-changing secrets and a transition to adulthood. The novel won the José Saramago Prize in 2003, and the PEN Center USA Literary Awards in 2011.