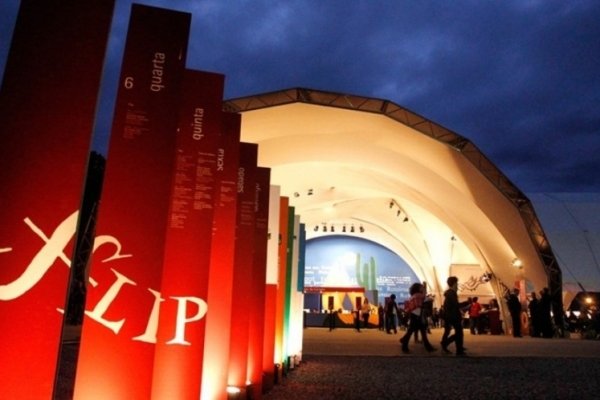 The 16th Paraty International Literary Festival (Flip), taking place from July 25th to 29th in Paraty (RJ), will host conversations on several topics. The Companhia das Letras, a publisher supported by Brazilian Publishers – a project to foster Brazilian editorial content exports promoted by the Brazilian Book Chamber (CBL) and the Brazilian Trade and Investment Promotion Agency (Apex-Brasil) – published the list of its authors that are part of this edition. Check below:

HILDA HILST – TRIBUTE OF THE EDITION

Born in Jaú (SP) in 1930, she graduated in law from USP and, at the age of 35, moved to the Casa do Sol farm near Campinas. There, in the company of dozens of dogs, she devoted herself entirely to literary creation, among books of poetry, fiction, and plays. In the 1990s, irritated by the scant reach of her writing, she announced “farewell to serious literature” and inaugurated the pornographic stage, with titles that would be part of the controversial “obscene tetralogy”. Hilda died in 2004, in Campinas.

He is regarded as the greatest specialist in medieval manuscripts in the world. He spent 25 years at Sotheby’s, cataloging rare manuscripts, and was a librarian at the Parker Library. He is a fellow at Corpus Christi College, Cambridge.

Encounter with remarkable books: Religion, magic, lust, and reading in the medieval period are presented in the pages of the “St Augustine Gospels”, in the “Book of Kells” and “The Carmina Burana”, commented on by the greatest expert in the world of these manuscripts.

She was born in Santos, in 1980. Master in political philosophy by Unifesp and online columnist for CartaCapital magazine, she was assistant secretary of the Secretariat of Human Rights and Citizenship of São Paulo. She is the author of “Quem tem medo do feminism negro?”.

beloved life: An Argentine fiction writer who has written about real stories of feminicide and a black feminist at the head of a book collection that talks about how to make literature a way to resist violence.

He was born in Rio de Janeiro in 1941. He won four times the Jabuti Prize, three times the APCA and once the Biblioteca Nacional Prize. His work has been translated into German, Italian, French, and Czech, as well as being adapted for the cinema.

agonizing animal: A great master of Brazilian literature who approached desire, loneliness and death recalls his trajectory alongside a reader of his work that also is a rookie author praised by the Portuguese critic with stories of humans and other primates.

She was born in Moscow in 1938, where she still lives. She has written more than fifteen books, as well as plays that have been performed all over the world. Considered an enemy of the people by the Stalinist regime, Petruchévskaia had her work censored until the end of the 1990s. In 2002, she received the most prestigious award from Russia, Triumph, for her work.

in the unusual orchard: One of the great names of modern Russian literature, compared to Gogol and Poe for her tales of horror and fantasy that does not let go of the political content, recalls her trajectory forbidden for decades in the now-acclaimed Stalinist regime from Moscow to New York.

He was born in 1991, in Bangu, in Rio de Janeiro. He worked as a “man-plaque”, cafeteria clerk, a waiter in children’s buffet and beach tent. In 2013 and 2015, he participated in the workshops of the Festa Literária das Periferias, Flup. He published some of his short stories in the magazine Setor X and was invited twice to Flip’s parallel programming.

cross the sun: The American Pulitzer winner with a historical novel about slaves who built his escape route meets a rookie from Morro do Vidigal, freely invents his way of narrating and use words.

He was born in London in 1965. Writer and journalist, he is currently a member of the Royal Society of Literature and visiting professor at Buckingham University. Among other books, he is the author of Jerusalem: The Biography, The Young Stalin, Stalin: The Court of the Red Czar, which won the British Book Awards for Best History Book of 2004, and The Románov.

the power in the alcove: A bestselling British historian who published biographies of Stalin, the Romanovs, and now Catherine the Great, tells in this conversation with two interviewers how he portrays key figures in politics in their most intimate details.